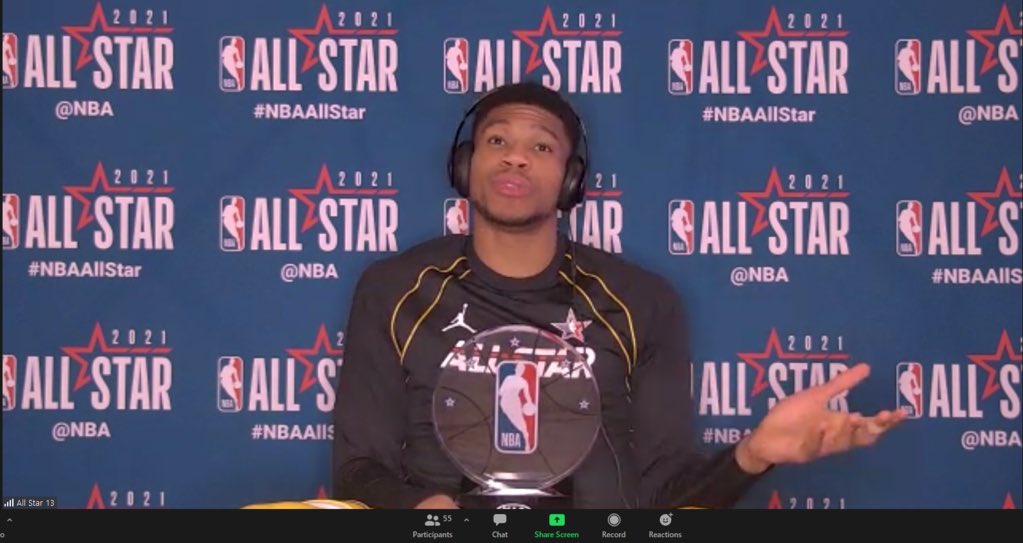 While it was by no means the normal event we’ve come to expect, the 2021 NBA All-Star Game held in Atlanta’s own State Farm Arena on March 7 did not disappoint, showcasing some of the best talent across the NBA. However, in order to continue the annual tradition, restrictions were put in place to protect the safety of everyone involved. Although COVID-19 protocols prevented news outlets and other guests from all entering the arena, the increased use of technology over the past year allowed for virtual media availability over Zoom.

In non-COVID times, player media availability is an intimate experience. Reporters are given locker room access and interact with players face to face. Typically, the day before the All-Star Game is media day, where players are stationed at podiums and reporters freely walk around from player to player, asking questions about basketball and other random topics. Because all media availability was virtual this year, players conducted these pregame interviews from the comfort of their hotel rooms.

Hey everyone, my name is Michael Mariam (@michaelmariam_) and I’m the Asst. Sports Editor. I’m here at the NBA All Star Game media availability sessions ahead of tonight’s game in Atlanta. Follow along for updates!

Some players were so comfortable in the virtual format that their physical appearance differed greatly from last year. Los Angeles Lakers forward Lebron James donned a nice jacket and scarf in front of an elaborate All-Star Game backdrop in last year’s media day, but this year he was clad in an All-Star T-shirt sitting on his couch with headphones.

Before players departed their Atlanta “bubble” hotel for the game, the players talked with the media for over a three-hour span. Some players took the opportunity to express their gratitude for being selected as an All-Star while others shared their concerns about holding the event in the middle of a pandemic.

For 25-year-old Chicago Bulls guard Zach LaVine, it was the first All-Star Game of his career. While LaVine felt he deserved to be selected in other years, he was nonetheless thankful for the honor.

“I feel like I played at this level for the last couple of years,” LaVine said. I’m happy to be here now, but this isn’t the end goal for me. I have higher aspirations.”

For other All-Stars like Brooklyn Nets guard James Harden and Los Angeles Clippers forward Kawhi Leonard, this was not their first All-Star experience. In fact, this was the ninth consecutive All-Star Game for Harden and Leonard’s fifth total appearance. Both players reflected on the toned-down weekend of events and questioned the need for a game after the NBA canceled their original plans to hold All-Star weekend in Indianapolis.

“I think the All-Star Game was forced and thrown upon us,” Harden said.

Leonard echoed these sentiments, noting the usual weekend festivities for players was nonexistent this year.

“The city of Atlanta has turned up, but it’s been pretty dead for the rest of the league,” Leonard noted.

Another outspoken critic of the All-Star Game this year was James, who had previously said he’d be in Atlanta “physically but not mentally.” James, who captained one of the teams, took a backseat during the game, playing only 13 minutes and scoring four points.

Instead, he used his platform to promote historically Black colleges and universities (HBCUs) and his More Than a Vote organization. This year’s game raised over $3 million for HBCUs and shined a national spotlight on oft-overlooked schools.

“Giving the support and structure and resources is just as valuable as the money,” James said. “[HBCUs] have always been something in my mind.” 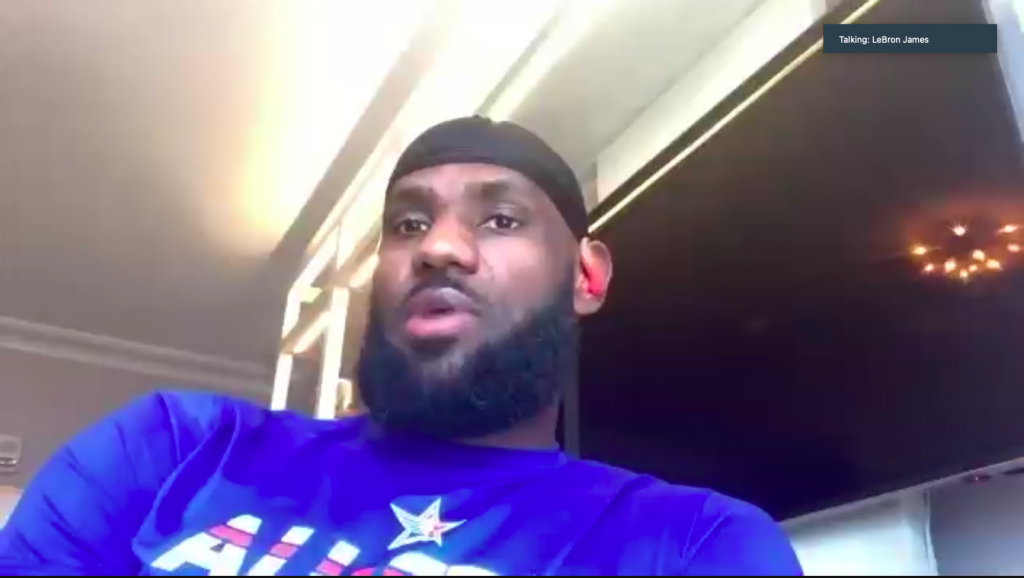 LeBron James takes questions before the All-Star Game from his hotel room.

After the game, which Team LeBron won 170-150, players continued to focus on causes outside of basketball. Golden State Warriors guard and 3-point contest champion Stephen Curry spoke of the importance of playing the game for HBCUs and COVID-19 relief.

“To put HBCUs on the national map goes a long way,” Curry said.

Portland Trail Blazers guard Damian Lillard, who hit the game-winning shot from half-court, said he thoroughly enjoyed playing in the game. However, he also reflected on how this year compared to his past experiences as an All-Star.

“It just didn’t have the All-Star weekend feel to it,” Lillard said. “Once we got on the floor, that was the only time it snapped that this was the All-Star Game.”

Milwaukee Bucks forward Giannis Antetokounmpo earned the NBA All-Star Game Kobe Bryant MVP award after going a perfect 16 for 16 from the field and finishing with 35 points. Holding his new hardware in his postgame press conference, Antetokounmpo was ecstatic to be the MVP in a game with the NBA’s top players, shouting “Milwaukee, this is for you!” as he left the podium.

To see more highlights from this event, check out more of The Emory Wheel’s coverage of All-Star weekend on our Twitter and Instagram @emorywheel.