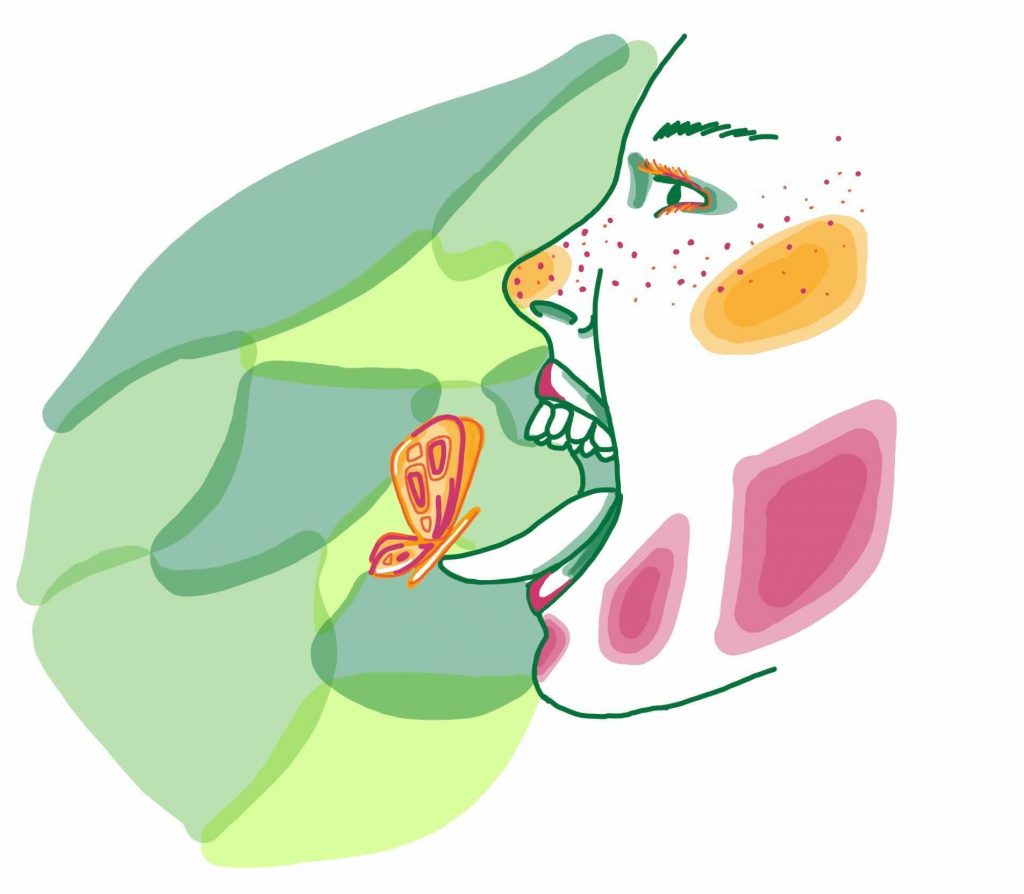 Haven’t you ever wondered about the taste of the enoki-pine nut, wax moth caterpillars and the bacon-chanterelle of bee larvae? Maybe not, but maybe it’s time.

The American diet is simple and uninspiring; it chooses to respond to a Eurocentric culinary perspective and ignores millions of different species that could be available to us. As the repercussions of climate change and resource limitations continue to catch up to us, eating insects as a meat alternative is the perfect answer.

From an environmental perspective, insects are significantly more sustainable. A pound of crickets uses 1000 times less water than the same amount of beef and produces less greenhouse gases. Farming insects can also occur on smaller, urban plots of land, offering greater economic efficiency. However, insects that could be helping us are instead subject to habitat destruction, highlighting the ramifications of human actions on our world. The results of our carbon footprint may be predictable, but the extent of it is not. Regardless, we can’t wait around for our resources to deplete. The Earth does not have the capacity to indulge in our human hubris, nor is it able to reasonably produce enough food for everyone in the world. We need to search for new, sustainable sources of protein that can accommodate the rising global consumption.

Businesses are already popping up around the world to popularize entomophagy, the practice of eating insects. The French firm Ynsect raised $225 million to open the world’s largest insect farm to produce 100,000 tons of protein per year. The newfound alternative is profitable as well. The edible insect market is predicted to grow to $6.3 billion by 2030. If not for any other reason, economic profitability should be incentive enough to consider insect eating as a revolutionary future.

Eurocentrism plays a major role in shaping food trends, leaving the onus on the U.S. and Europe to adapt and open our minds up to foods that might seem unconventional to us. Chefs are experimenting with cicadas and crickets in their cooking and industries are realizing the value behind insect-based products. In May 2021, the European Union approved dried mealworm powder as a safe food to eat. Before this, eating insects was never seriously considered as a viable option for a green alternative. We still joke about the high protein content of bugs, but why not turn it into reality? Crickets offer the same amount of protein as beef, and are not only full of essential vitamins and amino acids, but also carry fats that may help reduce the risk of heart disease. Though they tend to digest slightly slower than the meats we are used to, their benefits grossly outweigh the negatives.

We are constantly changing our diets to become more attuned to the environment around us. Moving toward entomophagy is no different. In fact, fear of eating insects is more of a mental barrier than anything else. It’s normal to be reluctant to eat them as our food laws and policies condition us to feel this way. The Food and Drug Administration considers insects “filth” and discourages insect-based foods from ever reaching the market.

Growing up in the U.S., my initial reaction to the prospect of eating bugs is — “ew.” But the Western diet is in many ways the minority. For centuries, humans have been eating insects and continue to do so. About two billion people around the world today regularly include them in their diet. Cultivating insects in the U.S., however, is rare and deemed “ancient” and “barbaric.” Unfortunately, Western ideology permeates every corner of the world. Insect-eating is still stigmatized as a poor person’s food, driving us further from potential food sustainability strategies.

Local traditions continue to be disregarded as developing countries fall victim to Eurocentric standards of haute culture. But to embrace entomophagy, we should look to rural communities that are familiar with the edibility of different insects. Perhaps by stepping outside our comfort zone, we can foster better appreciation and relationship with cuisines of people around the world, rather than dismissing it as abnormal. I understand that it is difficult to disassociate ourselves from the norm that we have lived with for so long. Western standards of food neglect so many opportunities to experience new things and have left many with bland, elementary palates.

The argument for entomophagy to be ubiquitous is strong, but our ignorance still bodes a number of unanswered questions: are insects sentient animals? Are they appropriate for vegetarian or vegan diets? And if they are animals, should they be offered the same level of moral consideration that we give livestock?

Growing to accept insects and entomophagy will take time, but knowing that most insects will probably have a nutty flavor makes it a little better. Just imagine the next thing you spread on your toast might be a creamy peanut butter made with cricket powder: it will be revolutionary.