“This has to be a community-wide, bottom-up … effort to generate massive turnout,” Ossoff said. “We have to exercise our right to vote; we need to make history in Georgia this year.”

Ossoff, a Democrat, is running against incumbent David Perdue (R-Ga). His first run for political office occurred during a 2017 special election for Georgia’s 6th Congressional District, which Ossoff lost by a margin of about 3 percentage points.

During the town hall, held via Facebook Live, Ossoff answered questions from the public ranging from COVID-19 to criminal justice reform. Throughout the event, Ossoff repeatedly stressed the importance of voter participation.

“There are officials with authority over elections in Georgia who will abuse that power to try to disenfranchise our people,” Ossoff said. “We are just galvanized in our determination to protect and exercise that right, so we have to be determined to vote like we’ve never voted before.”

He also reminded the audience to vote early if possible, “so we can avoid those long lines and make sure that everyone’s vote is counted.”

Many questions centered around COVID-19 and the federal government’s handling of the pandemic. Ossoff blamed an unwillingness to defer to “public health experts” for leadership and the politicization of COVID-19 as reasons for the inadequate response to the pandemic. He specifically criticized the Trump administration’s interference with the Centers for Disease Control and Prevention (CDC) and COVID-19 statistics.

“The CDC has come under immense political pressure,” Ossoff explained. “There shouldn’t be any politicization of epidemiological science during a pandemic. We have a national interest in the truth being known.” 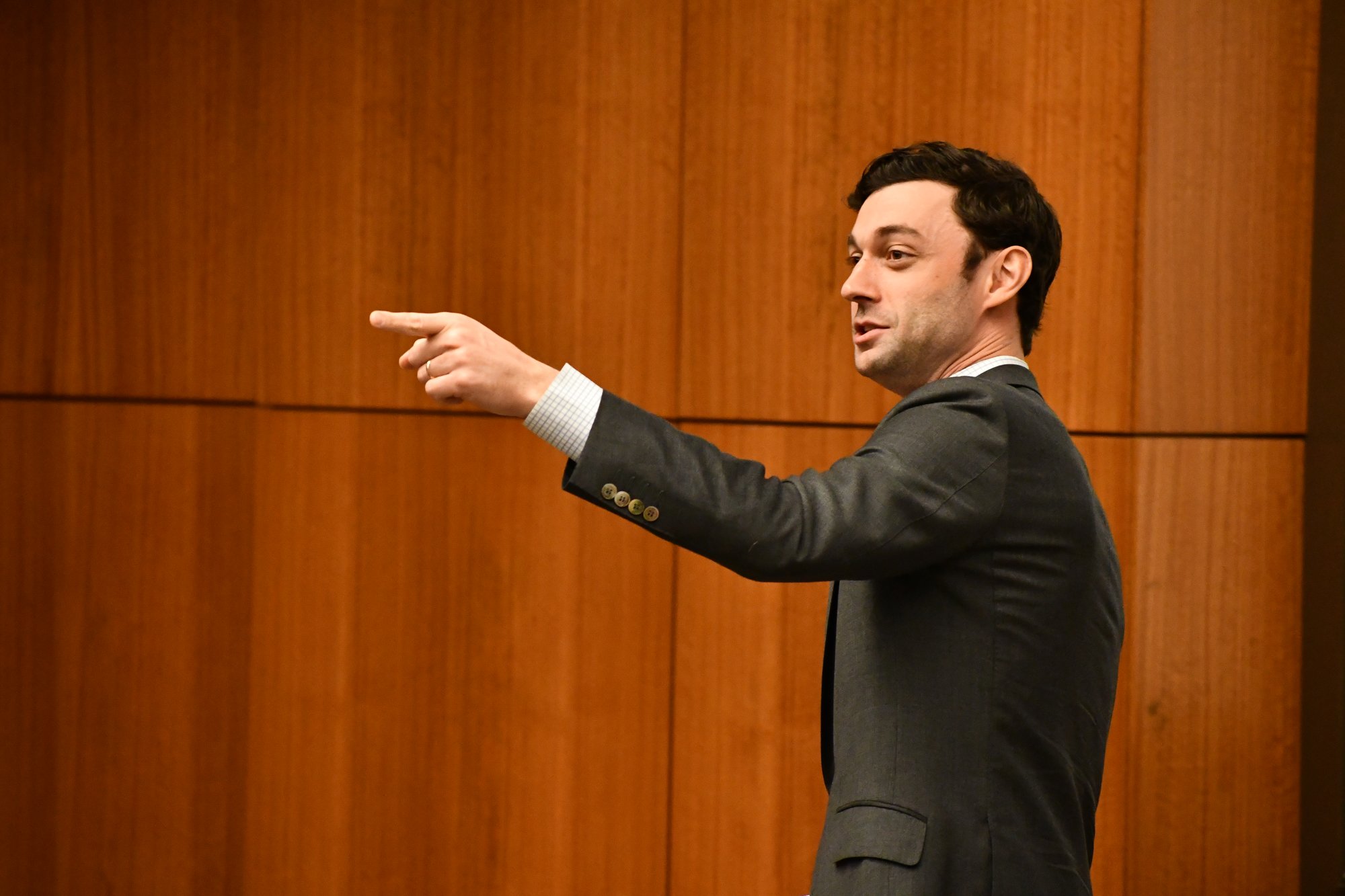 Ossoff also singled out his opponent for contributing to the mishandling of the crisis, saying that Perdue and Trump “interfere[d] with the public health response.”

“We have been deliberately misled by the President of the United States, by our senator, David Perdue,” Ossoff said. “Both of them were getting private briefings on what we were really up against … but instead of leveling with us about that, they chose to hide the truth.”

Ossoff returned at several points to his policy positions on health care. When asked if he supports “Medicare for All,” Ossoff said he does not support the policy as proposed by U.S. Sen. Bernie Sanders (I-Vt.), but that he hopes to offer a “nonprofit public option” and to “strengthen … protections” for those with private insurance. Ossoff supports expanding Medicaid, and he wants to “build new health clinics” and provide better access to mental health services like counseling and addiction treatment.

Ossoff also addressed his stance on criminal justice, saying that he supports banning private prisons. He briefly spoke of “abuses of detainees” in reference to recent reports of neglect and mistreatment at U.S. Immigration and Customs Enforcement detention centers in Georgia.

Regarding education, Ossoff said he supports expanding the federal Pell Grant program and ensuring that students do not “take on debt to get a degree from a public college or a HBCU [historically Black college or university].”

The overarching message was one of a need for a change in leadership, particularly concerning handling of COVID-19 at all levels of government.

“We need leadership at the federal level and the state level and the local level that takes this seriously, that doesn’t politicize it, that trusts public health expertise in a public health emergency,” Ossoff said.  “That is how I will represent this state in the U.S. Senate.”