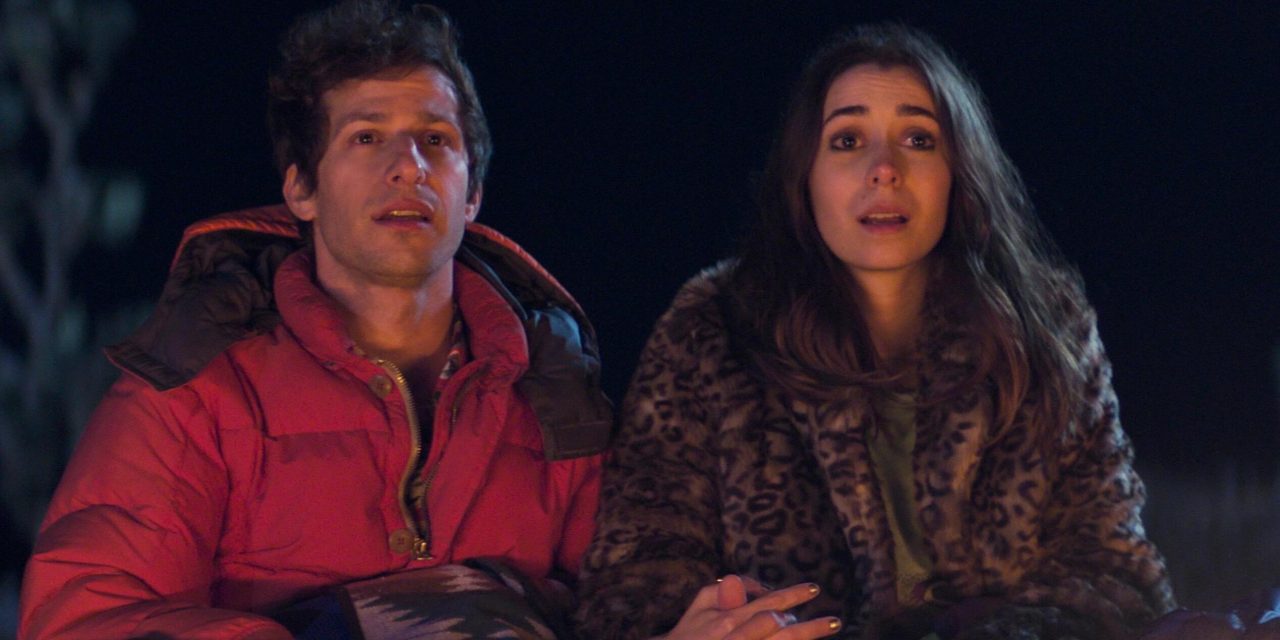 Ever since Bill Murray’s “Groundhog Day” was released in 1993, the concept of a time loop has been so exhausted in film that I had low expectations for “Palm Springs,” Andy Samberg’s recent attempt to follow in Murray’s iconic footsteps. However, much like Samberg himself, the film is bold, subversive and hilarious. Brilliantly headlined by Samberg and Cristin Milioti, “Palm Springs” blends the best elements of its predecessors to cook up a surprisingly fresh, layered and well-written romantic comedy.

The film drops us into a day in the life of Nyles (Samberg), a wedding guest who, unbeknownst to those around him, has been living out the same day over and over again. This endless monotony is altered when the sister of the groom, Sarah (Milioti) is inadvertently lured by Nyles into the same time loop. Now, forced to relive the same day together, Nyles and Sarah build a relationship as they explore the restraints and opportunities presented by their unique situation.

Partly produced by his band The Lonely Island (who also produced 2016’s hilarious “Popstar: Never Stop Never Stopping”), the film exhibits Samberg’s dramatic chops in a way that few of his prior performances have. He is as likable and charismatic as always, but also more multifaceted than your typical comedy protagonist. Unlike Murray in “Groundhog Day,” we’re introduced to Nyles already in the thick of his time loop and see how mentally taxing it is to live the same day on repeat for an extended period of time (the film never tells us how long, but Nyles implies that it has been years). The fact that we meet Nyles at this point is one of the biggest ways that “Palm Springs” distinguishes itself from its time loop predecessors, and Samberg’s tragic and comedic performance is the reason it works so well. 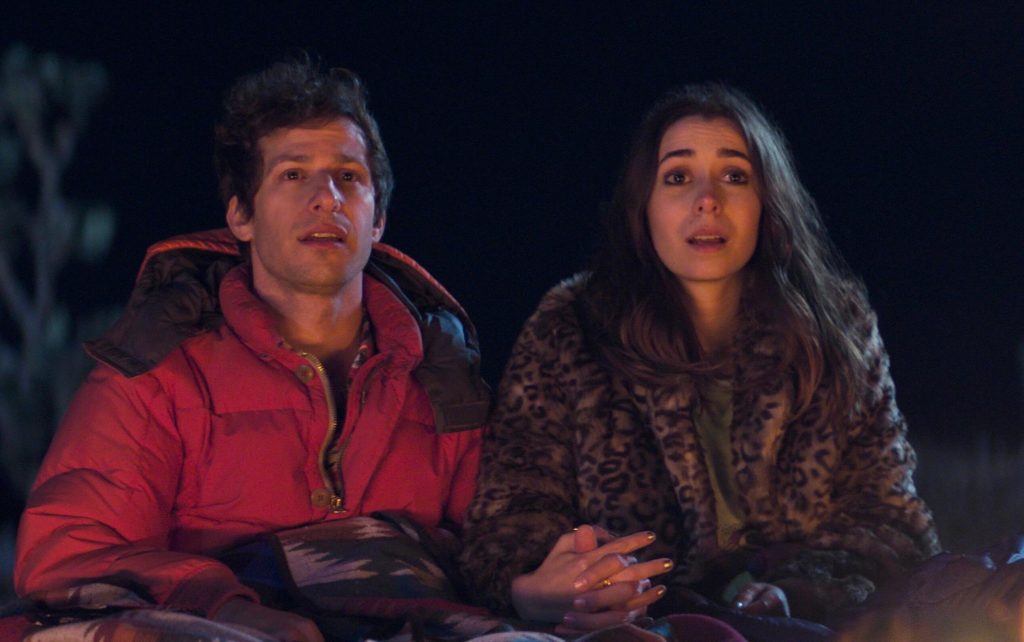 Nyles (Andy Samberg) and Sarah (Cristin Milioti), build a relationship while stuck in a time loop in “Palm Springs.” /Courtesy of Hulu

Milioti, who has yet to catch a big break after her turn as “The Mother” in “How I Met Your Mother,” shares brilliant chemistry with Samberg and makes her own case for stardom. Matching Samberg’s charisma isn’t easy, but Milioti does it with ease. Sarah is definitely a stereotypical character — the bride’s rebellious sister — but Milioti buys into it wholeheartedly and brings a dry sense of humor to the role that makes her work perfectly alongside Samberg’s adult goofball style of comedy.

While the film revolves around its two stars, it also features a compelling supporting role from J.K. Simmons as Roy, another character drawn into the time loop by Nyles’ foolishness. Simmons has proven that he can elevate any film he is in, from “Spider-Man” to “Whiplash,” and this film is no different. His family-based character adds nuance by displaying the more sobering effects of being stuck in a time loop. While Nyles’ independent slacker spends his days drinking and sleeping around, Roy must deal with the fact that he will never see his kids grow up. This stark contrast is another way that the film separates itself from the pack.

The film’s script, courtesy of newcomer Andy Siara, excels due to its wit and meta qualities. Rather than using tired tropes of the time loop film (e.g. “maybe if I’m a better person, I will be freed”), the film acknowledges and subverts them. In fact, I’d argue that “Palm Springs” is to the time loop genre what “Deadpool” is to the superhero genre: a dissection and satire of its predecessors. However, unlike “Deadpool,” the film manages to tell a comprehensive and complex plot, despite a meager budget and tight 90-minute runtime.

As someone who is not a big fan of the romantic comedy genre, “Palm Springs” is a surprise and a breath of fresh air. The film succeeds both as an effective comedy and drama, with strong performances from its stars as well as a compelling supporting turn from co-star Simmons. More importantly, the film bears a message about trading monotony for spontaneity (a particularly relevant theme in these days of quarantine). “Palm Springs” is a movie worth the Hulu subscription, as you will want to relive the film over and over again.