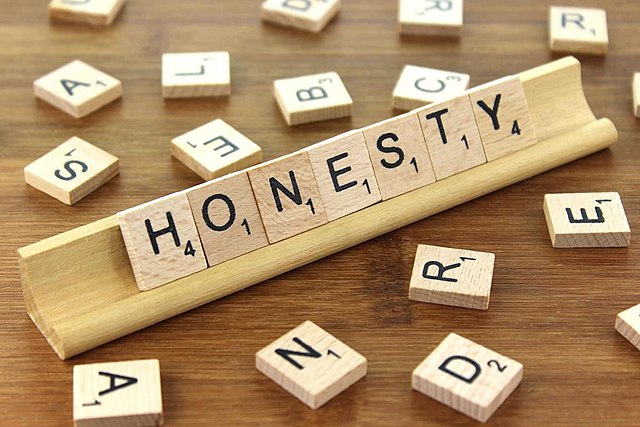 The thought of being a hypocrite may sometimes bother you because of a desire to be considered morally unimpeachable. Perhaps you think you are hypocritical because of what you eat, the hobbies you enjoy, the thoughts you have or even the way you live. You are not alone.

Hypocrisy, defined as claiming to be someone you are not or believing something you do not, is ingrained in modern society. We want to believe we are constantly altruistic, but we often violate the very tenets of morality and integrity we purport to uphold.

Flourishing in the face of hypocrisy, specifically as college students, means accepting our imperfections and striving to understand and empathize with one another, especially those with whom we disagree. Flourishing despite hypocrisy can come by being more open and honest with ourselves and one another. Hypocrisy is unavoidable, but it need not be a paralyzing reality of our lives at Emory and beyond.

For those who have read this far and think you are not a hypocrite, think again. In his book “The Happiness Hypothesis,” social psychologist Jonathan Haidt claims that all people are hypocrites. Yale graduate students Jillian Jordan and Roseanna Summers and Professor David Rand added to this claim, noting in a study “that the reason people dislike hypocrites is that their outspoken moralizing falsely signals their own virtue.” To deny the inevitability of hypocrisy adds to associated judgmentalism, both of which undermine happiness by engendering conflict with others. Instead of expecting to wake up tomorrow and change our ways to avoid hypocrisy in all its forms, we should start working toward addressing our hypocrisy in a more self-aware way, beginning with accepting that we will not be able to avoid it.

In a fast-paced world with a web of complex decisions to make, it is unreasonable to expect everyone to always live by the ideals they tout. But when someone lies about living according to certain morals, such as leading an environmentally conscious lifestyle while simultaneously driving gas-guzzling cars, disregarding different waste bins and keeping the lights on, others quickly call them out. Honesty, then, is the first step on the path toward flourishing in the face of hypocrisy. The University is a prime setting to start down this path. Instead of claiming moral uprightness on certain issues like climate change and racial injustice, we must be more honest about what we are doing to solve pressing societal problems versus what we do to ignore or even perpetuate them. When we avoid confronting the truths in our lives, we allow uncertainty to obscure the path toward progress.

In the context of college, flourishing means confronting the truth about our failure to effectively solve problems plaguing our generation and society broadly. One way of doing so is by opening ourselves up to uncomfortable ideas and unfamiliar opinions. For instance, self-censorship and intellectual intolerance on contemporary college campuses are common issues that come up in today’s discourse in higher education. In a recent NYT op-ed, University of Virginia senior Emma Camp identified self-censorship as a serious roadblock to political debate on her campus, noting the fear of students, conservative or otherwise, to voice opinions that they suspect may be immediately attacked and canceled. Camp is wise to identify this problem, one that is not limited to her own school, because it exposes the hypocritical nature of the college environment; rather than promoting lively debate, universities avoid the issue. Universities claim to value free speech, yet perpetuate a culture of self-censorship.

However, Camp does not go far enough. Self-censorship on political issues is just one instance of a much broader pattern. We do not talk enough with each other or faculty and staff on campus about the tabooed subjects of mental health struggles, sexual assault and drug abuse or addiction. We would be surprised to learn, should these conversations tick up in frequency, that we are still far from addressing them in a productive manner. In conversations I have had with women on Emory’s campus, I have realized that widespread sexual assault and harassment is something that many men, myself included, have remained wholly ignorant of for too long. Sexual assault affects more people than many students, especially men, have begun to understand. It made me realize I am not doing enough to engage with the issue in a way that will help lead to more awareness and structural change.

Speaking out can be triggering and even traumatic for those who have suffered from or are victims of these college crises like sexual assault and drug abuse, but it has to happen if we are to resolve them. On the other side are those who have avoided these issues or act as if they are ignorant of them. Doing so essentially silences people victimized by such crises. It also keeps others from engaging with ways to solve these persistent problems.

Fighting hypocrisy for the sake of flourishing at college means acknowledging that these problems exist and seeking to support people who have been greatly impacted by these challenging circumstances. It will be difficult to admit that we are failing to confront these scourges in the lives of college kids, but necessary to overcome hypocrisy.

Flourishing is akin to growth and development, and we can best grow at a place like Emory when we embrace and get real about our differences. We can only do this by rejecting the normalization of hypocrisy inherent in self-censorship and intellectual dishonesty as a university community. On the individual level, we have to be more willing to engage with those we disagree with, and we have to get more comfortable with tough, uncomfortable subjects if we are to acknowledge our hypocrisy and then do something about it.

Until then, hypocrisy will prevail while flourishing stays just out of reach.