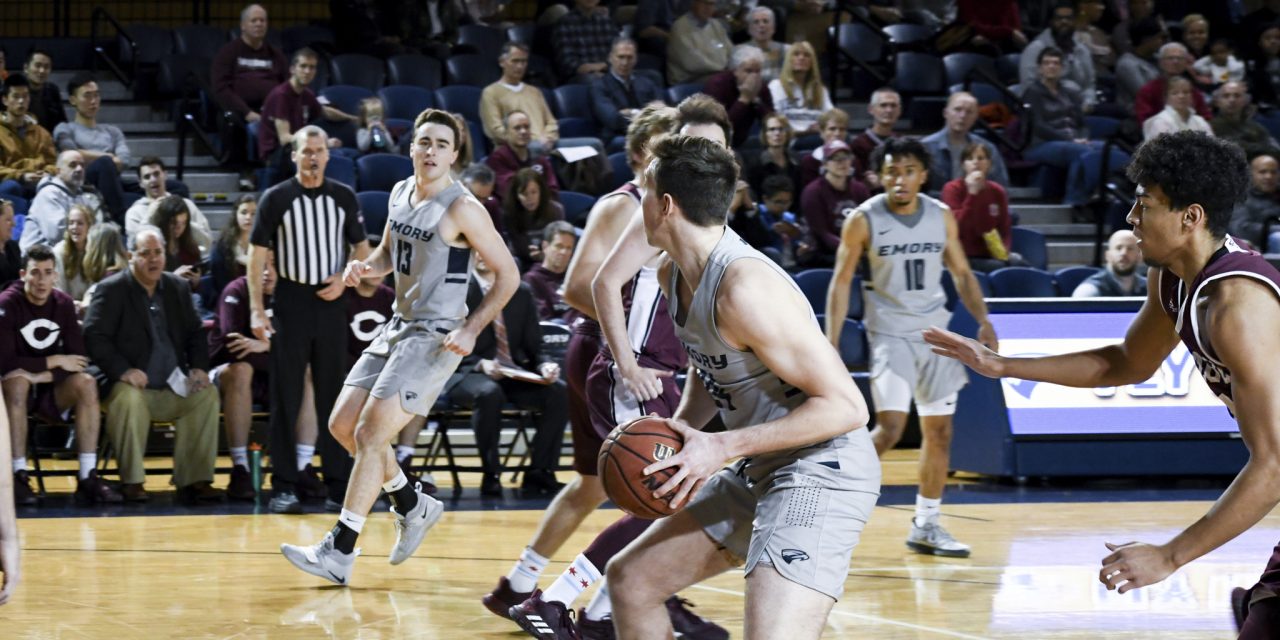 On Oct. 27, the Emory Athletics Department announced the upcoming winter sports season would be canceled, prolonging disruption of Emory sports and eliciting a flurry of emotions from students and coaches alike.

The department, which is searching for an athletic director after former head Mike Vienna retired in August, has received criticism from student athletes about being vague and indirect in its management. A letter signed by 61 student athletes, parents and alumni details their qualms.

“To say that we are disappointed with Emory would be an understatement,” the letter reads. “Emory is one of the few universities in Division III athletics not permitting their student athletes to have organized practice. We are yet to receive transparent and sound reasoning for this decision.”

Chief among the signees’ concerns is the lack of organized practices and access to athletic equipment and trainers that are normally available to them during the season. Student athletes are provided with at-home, virtual workouts from their strength and conditioning coach.

“The attempt by Emory Athletics to claim that our trainers can provide comparable care via Zoom is seen as a half-hearted attempt to justify bad decision making,” the letter said. “Our trainers are doing the best they can with what they are given, but much of the treatment we receive is hands-on care or exercises with equipment only available in the facilities.”

“These set workouts are important for athletes to do at home so when they return there will be that kind of ramping up and acclimatization period,” she said. “But we also don’t want to see a lot of injuries when we return.

For senior distance runner Jack Whetstone, the loss of another season has caused him and his teammates to reevaluate Emory’s ability to handle the pandemic.

“The decisions Emory has made has caused a lot of people to question if they can really handle this on their own,” Whetstone said. “Emory has thrown a pretty big wrench in all of our daily lives.”

Senior men’s basketball guard Pierre Coffy, who did not sign the letter, has also felt defeated by the lack of facility access at Emory.

“It’s really tough,” Coffy said. “A lot of guys have had to go get gym memberships somewhere else. Other guys are working out just at their apartments, but it would definitely be better for us to get back in the swing of things.”

In preparation of the upcoming season, the newly formed Student-Athlete Advisory Committee will discuss the viability of competition during the spring semester. But the decision largely depends on how the pandemic will evolve throughout the winter.

“The best that we can do is plan at the highest level with public health guidance to ensure that if we get our chance, we can move forward and keep our student athletes and anyone using our facilities healthy and safe,” Gelaye said.

With both the fall and winter seasons now canceled, the next few months will hold many important decisions for Emory Athletics. As the athletic director position remains empty and spring sports — baseball, softball, golf, baseball, softball and track and field — hangs in the balance, Emory student athletes are demanding more concrete answers. 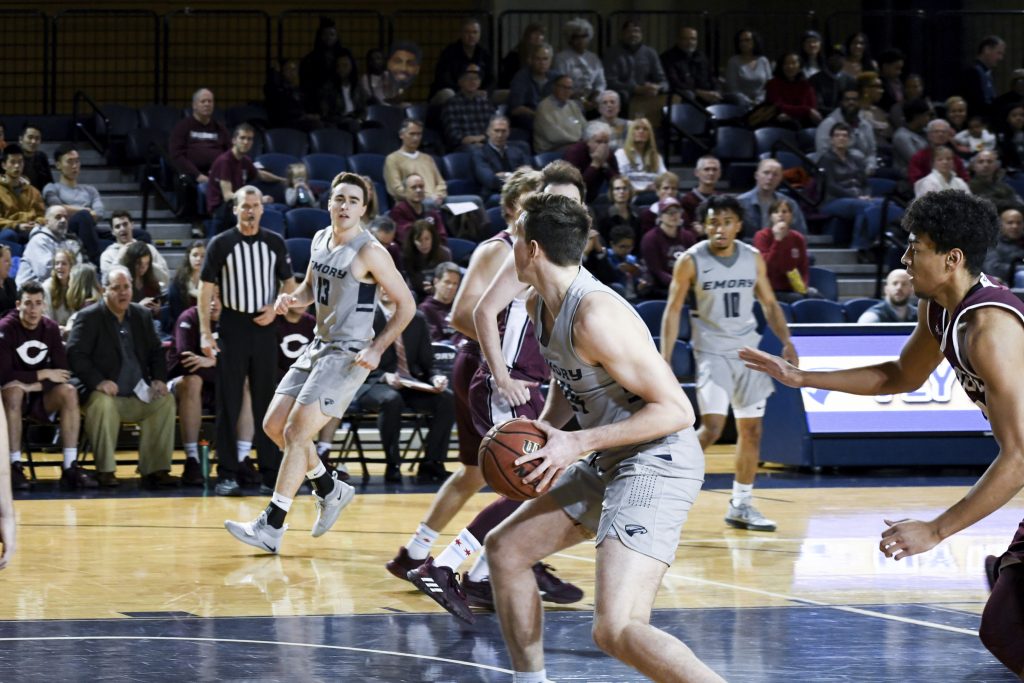 Then-sophomore Mason Johnson attacks the basket against University of Chicago defenders. This season, however, Johnson and the men’s basketball team have to put their uniforms back on./Jackson Schneider, Photo Editor