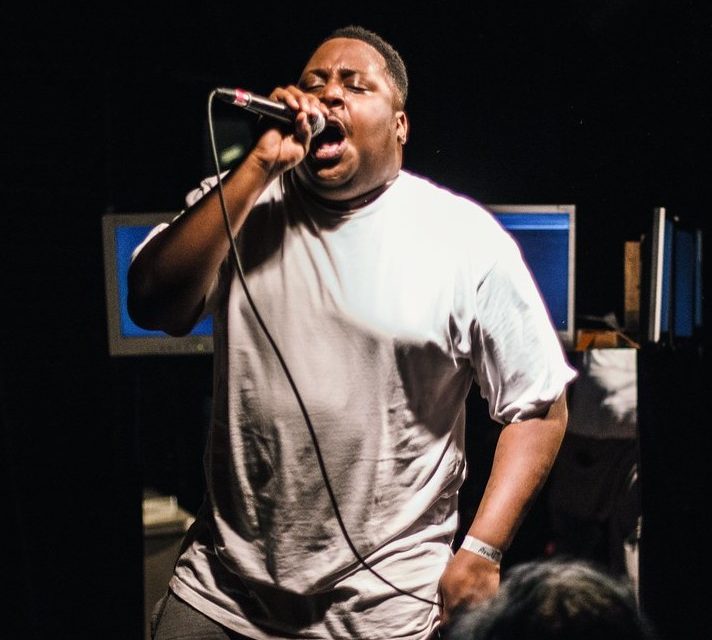 It would be impossible to review “By the Time I Get to Phoenix” without first addressing the death of the massively talented rapper Jordan Alexander Groggs, stage name Stepa J. Groggs, a member of Injury Reserve who is dearly missed. The tragic loss serves as the album’s overarching theme; the darkness from this misfortune seeps into each song, setting a very grim tone.

On June 29, 2020, Groggs died at the age of 32, leaving Injury Reserve’s loyal and dedicated fan base both anguished and worried about the future of the group. Groggs’ razor sharp one-liners and fierce bars were major components that separated the trio from the norm. With an integral member of the cast gone, how could rapper Ritchie with a T and producer Parker Corey ever retain their punchy, catchy sound? Injury Reserve’s answer comes in the form of total self-reinvention.

“By the Time I Get to Phoenix” is a chaotic, haunting and wildly experimental hip-hop record. I am hesitant to even call it hip-hop because its untamed instrumentals almost recall an electronic rendition of free form jazz. The album is incomparable to their previous discography (all phenomenal projects that you should listen to) since there is no song with a truly discernible pattern. The record consists exclusively of powerfully disorganized beats that crash into you with the force of a truck.

The opening track “Outside” kicks off the LP with a tumultuous slurry of synth piano keys, some racing through the song, others crawling at an unsettlingly slow pace. Blaring horns ring out accompanying an ultra-aggressive performance by Ritchie, who explains his anger with a world that does not allow him to privately deal with loss. By the end of the song, we understand that he will air his grievances on this album when he begs, “As we walk through this valley of death/ Listen please listen, listen, listen/ Y’all wanna have two-way conversations/ But let’s put everything on the table.” After his weighty performance the beat changes, and heavy breathing inundates the track, implying that Ritchie needs to catch his breath. Trust me, he has plenty more to say. A bass drum, layered with melodious and oddly cosmic sounding synths, rings forth and gives us a brief minute to digest his words before we are whisked away to my favorite track of the year. 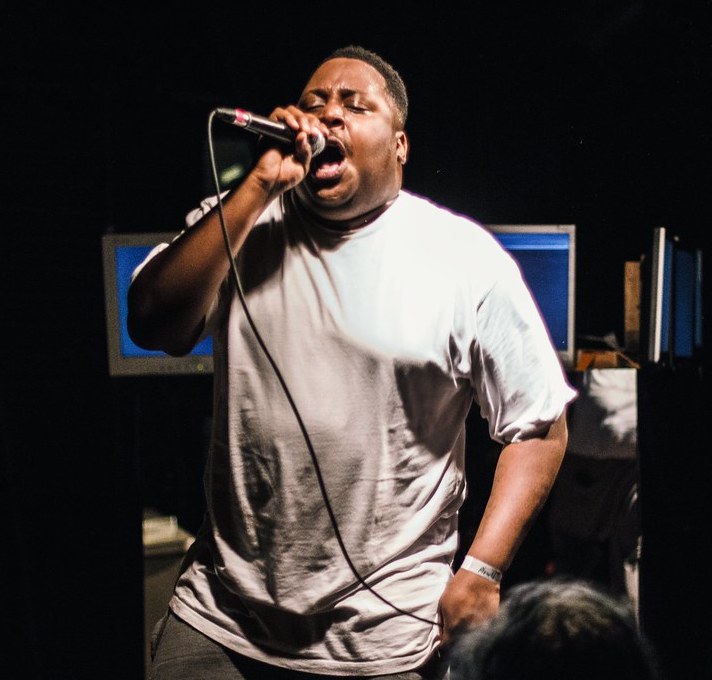 Groggs performing at the Rivoli in Toronto in 2018. (Mac Downey)

“Superman That” is a breathtaking piece of music. While wholly original, its chameleon musical qualities inspire thoughts appertaining to vocals from a scrapped “808s & Heartbreak” track layered over hyperpop/mathcore drum blast beats. If the percussion section of this song was inspired by a Dillinger Escape Plan record, I would not be surprised. As the beat uncontrollably spasms, Ritchie croons, “Ain’t no savin’ me, ain’t no savin’ me or you.” His vocals wrap around us like a velvety blanket, becoming the only thing to comfort and protect us from the violent instrumental. This track also marks Groggs’ first appearance, as he joins Ritchie on the verse. The juxtaposition of the dead singing with the living adds so many layers of grief to an already heartbreaking song.

“Ground Zero” instills a profound sense of dread in your soul. It sounds the way I assume robbing your own grandmother feels. Fists pound against a door while Ritchie whispers his chilling, poetically esoteric lines. If Tom Waits made a rap album, I assure you, this is what it would sound like. Alternatively, “Smoke Don’t Clear” gives us a brief moment of respite from the pain. Sonically, it is the group at their toughest. It pumps you so full of testosterone that it will make you want to invade and conquer the Balkans.

Injury Reserve quickly plucks you from these soaring heights with an anvil wrapped around your ankle in the form of “Top Picks for You.” To say that it took all my strength not to sob in the school cafeteria when I first heard this song would be an understatement. With my headphones in, I asked for chicken as I heard Ritchie cry out, “I scan the room, I see bits and pieces of you scattered…/ Grab the remote, pops up something you would’ve watched, I’m like ‘Classic’…/ Just workin’ so that you can just, jump right back in/ But you ain’t jumpin’ back here.” I sucked back a tear, and I assume the person who served me thought I was very disappointed with the portion size.

“Knees” and “Bye Storm,” the two closing tracks, ease the album’s tension with their sluggish, almost laid back rhythms. Like a bereaved person going through the five stages of grief, we began this album with isolation and anger. “Knees” marks the project’s turning point toward acceptance. Ritchie breathes out with reluctance, “Knees hurt me when I grow/ And that’s a tough pill to swallow/ Because I’m not gettin’ taller.” Ritchie’s knees ache, but his unchanged height reveals emotional growth rather than physical. This song also has one of the few solo verses from Groggs, who speaks about his troubles with alcohol (a frequently mentioned topic on past Injury Reserve projects). While troubling to hear, the emotion comes from the futility of his words, the substance abuse no longer being an issue. “Bye Storm” leaves us with a small glimmer of hope. The melancholic tune is accompanied by Ritchie explaining how when “it rains, it pours,” but still “the show must go on.” Though it is raining hard and Injury Reserve is patiently waiting for their storm to end, I can only hope this line means that we have not seen the last of them.

This album should set the artistic standard for other modern rappers. A glaring issue with many current rap artists is their banal sense of safety once they have made it in the music industry. Artists like Drake, Lil Uzi Vert and Migos, who once pushed boundaries, have ended their respective eras of hard-hitting rap experimentation in favor of producing consumer-safe tracks. These artists have lost their drive, choosing to become complacent with their level of monetary success. However, what happens when you have an artist that has not yet made it, has not lost their hunger, and has not sold their souls to the corporations? You get a once-in-a-lifetime hip-hop collective called Injury Reserve. A group whose staggering and uncompromising vision since 2015 has now culminated in their magnum opus: “By the Time I Get to Phoenix.”

Rest in peace Groggs, may your memory be a blessing and live on through your phenomenal talent that became a large part of the soundtrack of my life. 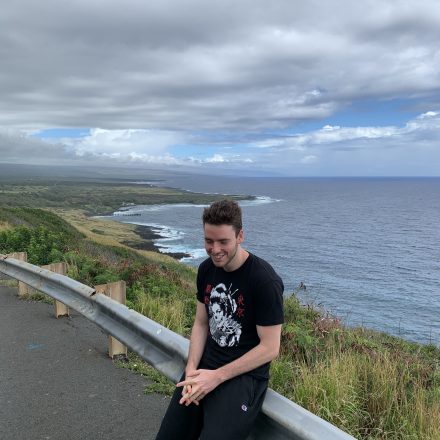