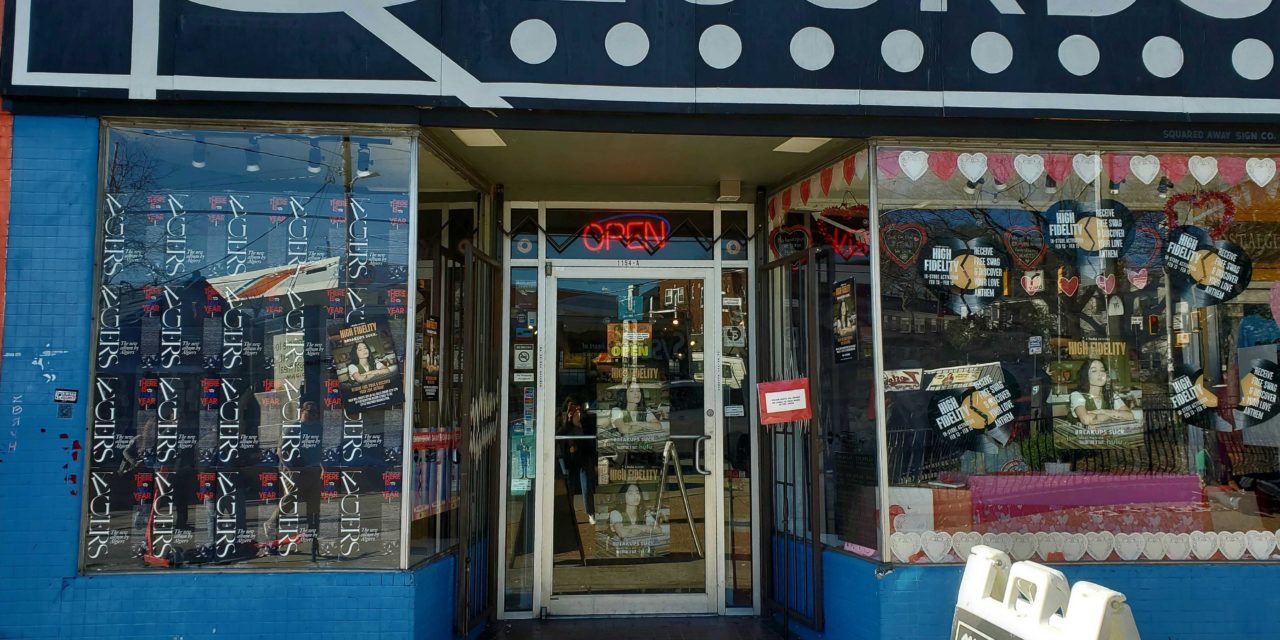 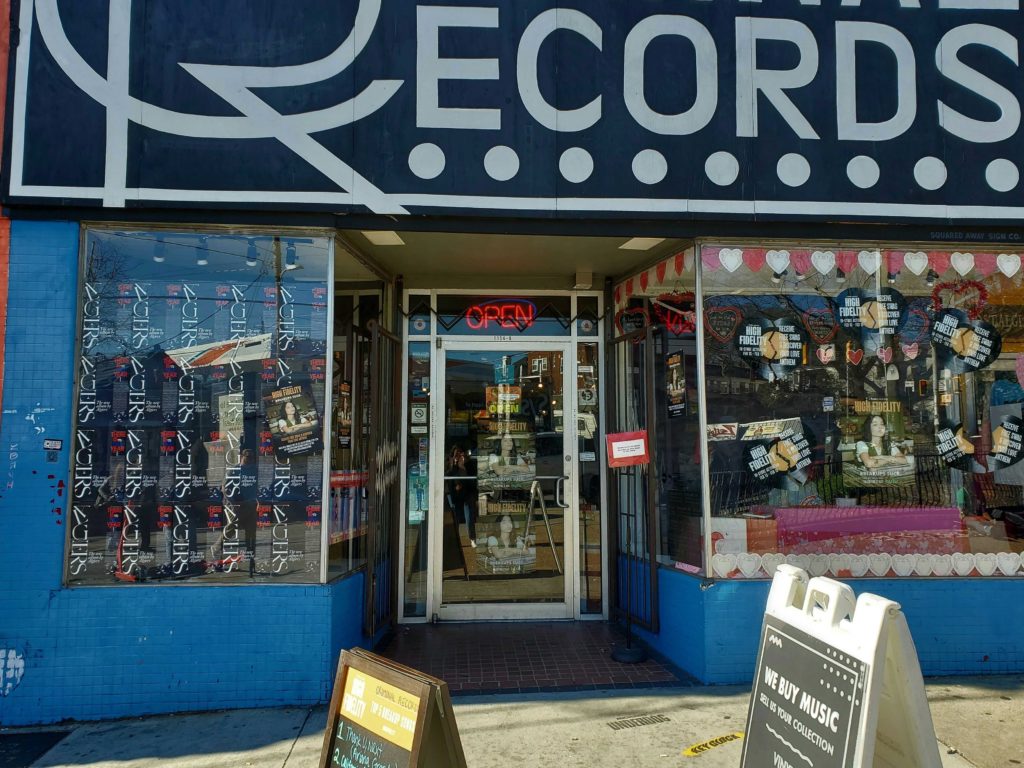 “Breakups suck,” read a hoard of glossy posters at the storefront of Criminal Records, a record shop in Atlanta’s Little Five Points neighborhood — befitting for the Valentine’s Day setting.

Much like the series, the event promoted reinvention. As I entered Criminal Records, I expected the color schemes and romance motifs typical of the holiday. Instead, the shop leaned into the antithesis, decorated with black and orange lettering that spelled the series’ title. Criminal Records’ distinctive deep-toned lighting flickered overhead. Still, the theme was love, just expressed in different colors.

Shoppers that attended the event discovered their own “love anthem,” (mine was Ella Mai’s “Boo’d Up”), generated from a series of romance-themed questions. For those that participated, Criminal Records gave away an assortment of vinyl, shirts and bags themed per the show.

The Hulu series, which launched on Valentine’s Day, calls back to the 2000 John Cusack film of the same name. The film follows longtime music devotee and record shop owner Rob Gordon (John Cusack) as he partakes in fruitless romances while funneling his experiences and emotions into five-point lists. These span from Rob’s five most memorable breakups to his top five favorite angry songs about women. Kravtiz’s Rob Brooks also turns to list-making, but to a lesser degree.

In a direct nod to the show, Criminal Records developed their own “top-fives.” One list humorously featured a series of modern breakup songs like “Thank U, Next” by Ariana Grande and “Heartless” by Kanye West.

Hulu’s “High Fidelity” rearticulates the role of Rob as distinctly feminine. The show mirrors much of its source material but simultaneously takes a step away from the organized, systematic means by which Cusack’s Rob Gordon catalogs his emotion. There is redemptive value in Rob Brooks’ pain, in that it highlights her willingness to be vulnerable.

To Hulu and to Criminal Records, the trials of love are just as deserving of celebration as the peaks. The event’s embrace of breakups, heartbreak and healing was an expansive and forward-facing vision of love.

The link between the comedic woes of heartbreak in “High Fidelity” and the optimistic vision of Little Kids Rock may be less than apparent. But in the same way music serves as a healing mechanism for both Kravitz’s and Cusack’s Rob, it likewise forges a bridge for communities of young people to traverse and explore their creative spirits.

The event served as a reminder that in heartbreak, there is hope. And in hope, there is change.