In Defense of Language GERs

I come from a long line of Sicilian, Neapolitan, Foggian and Bellunese ancestors. They gave me my faith, excessive use of hand gestures, stubbornness and generosity. However, they did not give me their language. Instead, I learned the Italian language from Professors Simona Muratore and Christine Ristaino at Emory, and Professors Ilaria Muzzi and Maria Sepa while studying abroad in Milan, Italy. Because of them and Emory’s language general education requirement (GER), which pushed me to learn a new language after seven years of studying Latin, I am the first member of my family in three generations to speak Italian.

After years of rumors that the Office of Undergraduate Education (OUE) planned to eliminate some GERs, The Emory Wheel confirmed these suspicions this past week. One leading proposal would reduce the current ten requirements to a “2-2-2” recommendation beginning in Fall 2021, inclusive of the new race and ethnicity requirement — for which the university deserves praise. Yet, the most important GER of all, the requirement that students take at least two consecutive courses in the same foreign language, would be cut. This signals that OUE undervalues both language courses and the career opportunities they provide.

Emory’s language GER is the heart of its liberal arts curriculum. Ancient and modern language courses provide a sense of community, prepare students for the real world and enable more effective communication. Because students who take several semesters or years of a language move through these courses as a cohort, foreign language courses and departmental events foster a sense of community on a campus where this is otherwise difficult to find. One of my fondest memories during my time at Emory was studying alongside half a dozen other Italian language students, conjugating verbs and watching funny Italian videos at Peet’s Coffee together on Sunday evenings.

In a post-pandemic world, students will need foreign language proficiency to succeed. As industries and the labor market sprint toward an artificial intelligence-dominated tech space, proficiency in a foreign language will distinguish Emory graduates from those of peer institutions. It may seem counterintuitive, but as more universities double-down on statistics and coding training, those that also commit to fostering soft skills like leadership, public speaking and foreign languages will stand above the rest. Corporations and governments will need smart, multilingual individuals to make sense of the tech regulatory space, earn public trust in new markets and enshrine privacy and free speech rights in an unprecedented data landscape.

Communication — a skill that learning new languages improves — has also never been more important. Both in the U.S. and abroad, we need open conversation and active listening to temper political polarization. Learning another language expands the number of conversations that can be held domestically and internationally, and is a great act of empathy. It allows one to speak with others in their native tongue and hear their opinions and thought processes from their authentic perspective. How else can we understand the suffering of someone a world away or genuinely seek solidarity with immigrants? How else can we speak openly to people in our communities and those of other countries about why they are drawn to populist parties or read world-class research coming out of a university that does not instruct or publish in English? As Federico Fellini put it, “a different language is a different vision of life.”

The greatest gift Emory can provide to its graduates is the ability to go out into the world and successfully conduct business, forge global partnerships and drive research in sound English and at least one other language. This will not only open up more career opportunities but also spark new friendships, inspire travel and provide alumni with a wider outlook on life.

Opponents of the language GER, however, typically make two arguments. They state language courses will continue to be offered and could still fulfill other GERs. Yet language courses need their own GER to ensure that every student who does the Candlelight Crossover has spent at least a year learning a new language and a new perspective. As the leading way to boost labor market competitiveness in the 21st century, there is no excuse for a top liberal arts college to condense its humanities and language requirements into one. These requirements are both legitimate and necessary requirements for our modern world.

The second argument is that, as industries and academia turn to more quantitative methods in business and research, language education is becoming outdated. I contend, however, that the rise in quantitative methods does not lower the importance of proficiency in qualitative evidence-gathering and understanding. If anything, it heightens the need for language education. Those who can place floating numbers in historical context will be more persuasive and impactful. Communication will also be key here; otherwise, we risk citizens, who did not have the good fortune to study statistics and research methods at college, being excluded from public conversations and debates. And finally, multilingual students will be able to understand research not only in the context of the U.S. but also in communities around the world, allowing them to engage with research that was not published in English.

Eliminating the language GERs is short-sighted and would damage Emory’s reputation as a global liberal arts university. If the University Senate does so, it will pressure students and academic advisors to prioritize one-off electives rather than the multiple semesters of a language needed to deepen cross-cultural understanding. Reducing language departments’ size will limit the number of foreign language opportunities available to all Emory students over time and lower the competitiveness of our graduates. Both of these consequences may harm Emory’s national ranking and ability to attract top-tier applicants. Any financial gain from slowly reducing language departments’ size will, in my estimation, be offset by its large negative effect on student retention. Emory’s “Forever 21” status would not only stick but also worsen in the following years.

Before long, the University will be left with few or no students that can translate any Latin beyond our motto: “Cor prudentis possidebit scientiam.”

Sienna Nordquist (20C) is from Barrington, Illinois. Nordquist is a master’s candidate in European and international public policy at the London School of Economics and Political Science. 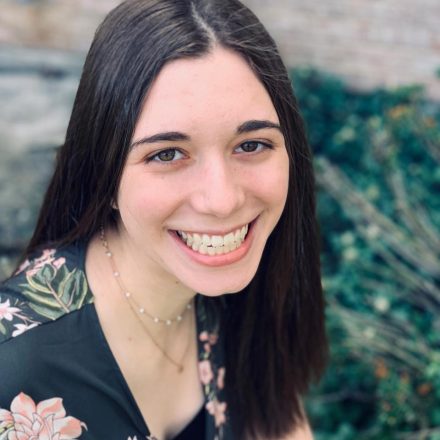 Sienna Nordquist (20C) is from Barrington, Illinois. She graduated with a double major in international studies and economics. Nordquist is now an M.Sc. candidate in European and international public policy at the London School of Economics and Political Science.