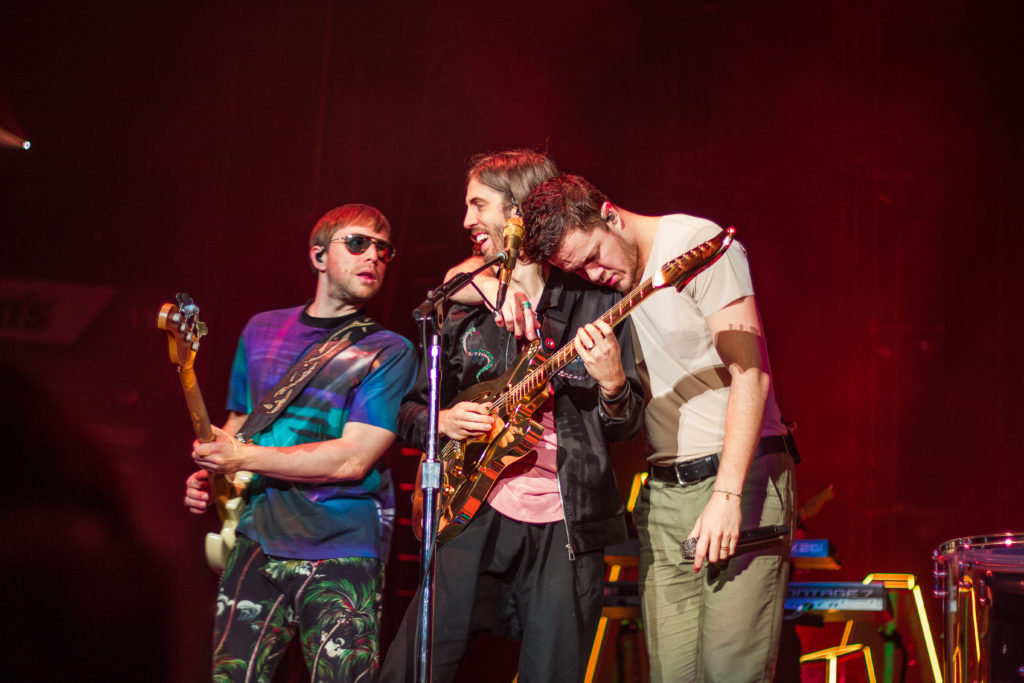 Imagine Dragons might already be known for their fun and catchy hits, but nothing on the radio could prepare you for how masterfully they can thrill crowds while on stage. Delivering their “thunderous” brand of music during the Nov. 7 Atlanta stop of the Evolve World Tour, Imagine Dragons brought an energy that fueled a packed Philips Arena all night. Lead singer and frontman Dan Reynolds weaved his way through “I Don’t Know Why” from their new album, “Evolve” and “It’s Time” from 2013’s “Night Visions” and “Gold” from 2015’s “Smoke and Mirrors” to open the proceedings in front of about 21,000 audience members.

Opening for the concert was Illinois singer-songwriter K. Flay, whose music reverberated off unfilled seats as the crowd made its way into the venue. For those who showed up early, K. Flay’s rhythmic bursts were more than buoyant. Also opening for Imagine Dragons was Los Angeles electro-pop quintet Grouplove. With matching yellow hair and faux cheetah fur, vocalist Hannah Hooper and vocalist and guitarist Christian Zucconi captivated the crowd with their performance of their hit, “Tongue Tied.”

After Imagine Dragons took the stage, Reynolds gave a small tribute to the victims of the mass shootings in Texas and Las Vegas, speaking to the crowd about unity, strength, peace and love. “May we spread peace, may we spread love — humanity needs it,” Reynolds said. “Tonight we celebrate life.” Reynolds slowly progressed into performing their first song, “It’s Time,” to remind everyone about the power of music and its ability to unite people.

Imagine Dragons continued to rock the crowd with “Whatever it Takes” and “Believer” from their 2017 album “Evolve,” two songs marked by exhilarated performances. “I Bet My Life,” “Demons” and “On Top Of The World” further thrilled the crowd as the band performed a balance of songs from their first three albums. Audience sing-alongs were hearty, enthusiastic and frequent, even with newer songs such as “I Don’t Know Why” and “Yesterday.”

The band left the main stage halfway through the concert to perform on an acoustic stage on the opposite side of the venue, weaving their way through the eager crowd. After performing some of their older hits, the band began to play some songs from their newest album. Bassist Ben McKee performed the band’s new song and fan favorite, “Dream.” Fans got their wish as the band returned to the main stage for “Thunder” and “Believer.” “Believer” encapsulated the spirit of Imagine Dragons, with perfectly timed lights and some exuberant sing-alongs. Throughout the show, Reynolds was engaging and expressive, frequently clasping the mic stand, but then bouncing, stretching his hands toward the crowd and patting his chest in rhythmic bliss as each tune unfolded.

Time and time again, Imagine Dragons has proved that they have an extensive range of songs in their repertoire, from straight pop to more traditional rock. An Imagine Dragons live concert experience is a phenomenal ride of tremendous songs, an evolving spirit and a spontaneity that gives an artist a lead in the ride to success.

But even with the run of some amazing songs, something was missing. The songs were loaded with excitement — not to mention some strategically placed triangles, confetti, balloons and bubbles — but it seemed that the rest of the arena was left in the shadows of the lights beaming only on the band. Even though the excitement prevailed throughout all the singles, most of the fans were waiting for the band’s top hit, “Radioactive.” 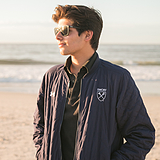 [email protected] | Parth Mody (21C) is from Mumbai, India, but has lived in Hong Kong for the past five years. He plans to major in biology on the pre-med track.