The Interfraternity Council (IFC) unanimously passed amendments to its constitution at a general body meeting Tuesday.

According to College senior and IFC President Victor Rudo, the final two candidates for each Executive Board position will not only have the opportunity to speak with all IFC chapter presidents, but also to answer questions regarding their own qualifications.

Presidents may submit feedback to the current executive board, Rudo explained.

In the past, IFC chapter presidents limited in their voting involvement because they were only active in voting on the candidates towards the end of the elections process.

“The changes to IFC’s election procedures are designed to allow for enhanced transparency and communication,” Rudo wrote in an email to the Wheel. “We feel it is extremely important to get their input before voting takes place.”

The amendment will go into effect immediately, as it is now written into IFC’s constitution.

Rudo wrote that gaining additional feedback from chapter presidents will allow IFC “to elect the most qualified person to each Executive Board position, regardless of any fraternity affiliation.”

The idea for this change came about when Ross Shulman, the IFC executive vice president and Goizueta Business School senior, chaired an elections committee “to take a look at our process from the ground up,” Rudo wrote.

After receiving feedback from chapter presidents, Rudo met with Megan Janasiewicz, director of Sorority and Fraternity life, to draft the amendment.

New Role for VP of Communications

Because IFC has continued to emphasize its programming in the past few years, IFC expressed that the organization “felt it was time to place these responsibilities directly under an Executive Board position,” according to Rudo.

Spencer Carroll, the current vice president of communications and programming and the past Greek Week, was the “driving force” behind the amendment, Rudo wrote.

He added that Carroll’s experience with the Student Programming Council (SPC) and past IFC programs has allowed IFC to “dramatically expand our offerings.”

Vaccine Eligibility Expanded to Individuals Ages 16 and Over 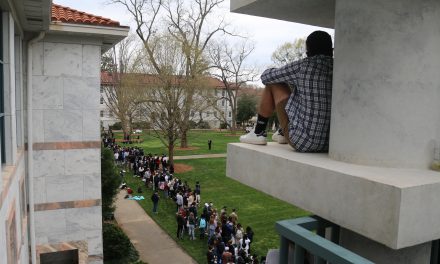