Former U.K. Chief Rabbi Jonathan Sacks once said that living a Jewish life requires “taking a stand against the corrosive power of hate.” Jews know all too well what it feels like to be demonized and alienated by right-wing populists. Yet, there are some Jewish Emory students who have excused themselves of the responsibility advocated by Rabbi Sacks through the flimsy justification that Jews have benefited under President Donald Trump’s administration.

I have little doubt that most within my community will back the Democratic nominee this November. Nevertheless, this article isn’t directed at the many Jews who will do the right thing and vote for Joe Biden, but rather the minority that will be judged by history as enablers of our current president. It is they who have compromised profoundly Jewish principles for a man who is falsely viewed as our advocate.

Trump’s friends within the Jewish community at Emory cite his unswerving embrace of Israel and his Jewish grandchildren as the rationale for supporting him. However, this argument disregards the suffering that Jews have endured as a consequence of Trump’s rhetoric, that which has legitimized the scapegoating of minorities and opened the door for a hatred that has never bode well for the Jewish people. As Emory Religion Professor Deborah Lipstadt argued, this form of overt prejudice targeting whole groups — though dormant for a long time — has resurfaced in a climate in which the president “talks about ‘hordes’ and ‘swarms’” of immigrants. Unlike Joe Biden who has condemned the “anti-Semitic bile” on display at Charlottesville, Virginia, and distanced himself from the anti-Semitism promulgated by figures within his own party, Trump has consistently flirted with a political ideology that targets Jews, Muslims and anyone who does not fit a narrow vision of white-only America.

To be clear, Trump is not an anti-Semite. However, one does not have to be hateful of Jewish people to lend credence to those who do. It is no coincidence that Trump’s tenure has witnessed an upsurge in anti-Semitic attacks, including the worst one in U.S. history at the Tree of Life Synagogue in Pittsburgh. The perpetrator acted on a twisted belief that Jews were part of a nefarious plot to assist in the “invasion” of the U.S. by a caravan of Latin American migrants. This vicious lie came straight from the mouth of the man who occupies the Oval Office. Yes, this president contributed to the worst anti-Semitic attack in American memory. Yet certain Jewish proponents of the right continue to label him a champion of our people.

Granted, Trump has scored relatively high in his record on Israel. I supported him in brokering the most recent peace deal between Israel and the United Arab Emirates, and praised him for moving the U.S. embassy from Tel Aviv, Israel, to Jerusalem. Even still, to argue that Biden is so “anti-Israel” that Jews should not vote for him is absurd. In fact, the President Emeritus of the Union for Reform Judaism Eric Yoffie has gone so far as to describe the Biden-Harris ticket as the “dream team for the Jewish state.” Yoffie is not wrong. In spite of Trump’s best attempts to paint Biden as a surrogate for Ilhan Omar and Rashida Tlaib, Biden has resisted calls to put conditions on U.S. aid provided to Israel, labelled himself as a staunch Zionist who “loves Israel” and rightfully lambasted the Boycott, Divestment and Sanctions movement as “wrong” and “anti-Semitic.”

A Biden presidency would certainly be better for Israel than a Trump second term. As an ardent supporter of the Middle-East’s only democracy (albeit sometimes critical of certain policies), I not only favor Biden on unrelated issues — such as the Supreme Court, women’s rights and healthcare — but I also prefer him when it comes to our nation-state. I submit that it is better for Israel to have a liberal supporter in the White House than a divisive stalwart. Biden is the president who will push the Israelis to make the sacrifices that are conducive to peace (and protective of Palestinian rights). Additionally, his views will have a positive impact in the circles where support for Israel has waned in recent years. These are circles where extremists, largely aided by the current president’s actions pertaining to the Middle-East, have begun to succeed in their crusade to present Israel as synonymous with the right and anathema to the left.

While the reelection of Trump would only exacerbate the worsening partisan divide, the election of a liberal president, who strongly backs Israel, will go a long way in shoring up support amongst wavering Democrats — especially on college campuses such as ours. This hope is reaffirmed by veteran Middle-East negotiator Aaron David Miller, who considers the recent rift in bipartisan support as “not yet fatal,” but “potentially catastrophic should the Trump-Netanyahu experience continue.”

For these reasons, the justifications used by most Jewish Trump supporters to overlook this president’s many shortcomings are dubious. Indeed, the arguments made by Lipstadt and Miller affirm that Jews should not vote for Trump, especially if they’re basing their support on his zero-sum backing of Israel or on a fallacious belief that he has made America a safer place for Jews. It is a great shame that some within my community have mistakenly come to view Trump, and his Republican apparatchiks, as our only true friends in Washington. Blinded by this flawed perception, too many have neglected this president’s egregious incompetence, unprecedented corruption and immoral scapegoating of minority groups.

Though I have faith that the majority of American Jews will turn out for Biden as they did for Barack Obama, to see members of my own strata ignore Trump’s advancement of his white nationalist agenda just 70 years after the Shoah is deeply upsetting. Political activist and Holocaust survivor Elie Wiesel swore to “never be silent and always take a side in the face of suffering and humiliation.” American Jews must make a choice this upcoming November — and it’s clear what side we must take. 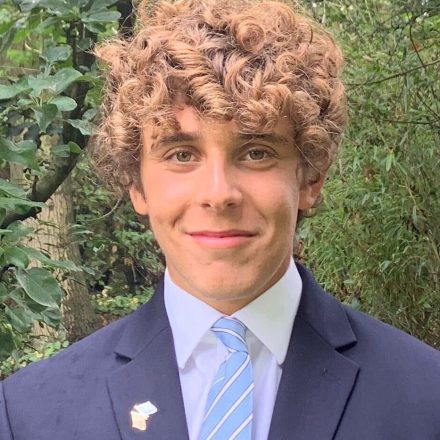