Idle Prison Management Games, Not as Idle-Minded as You Think 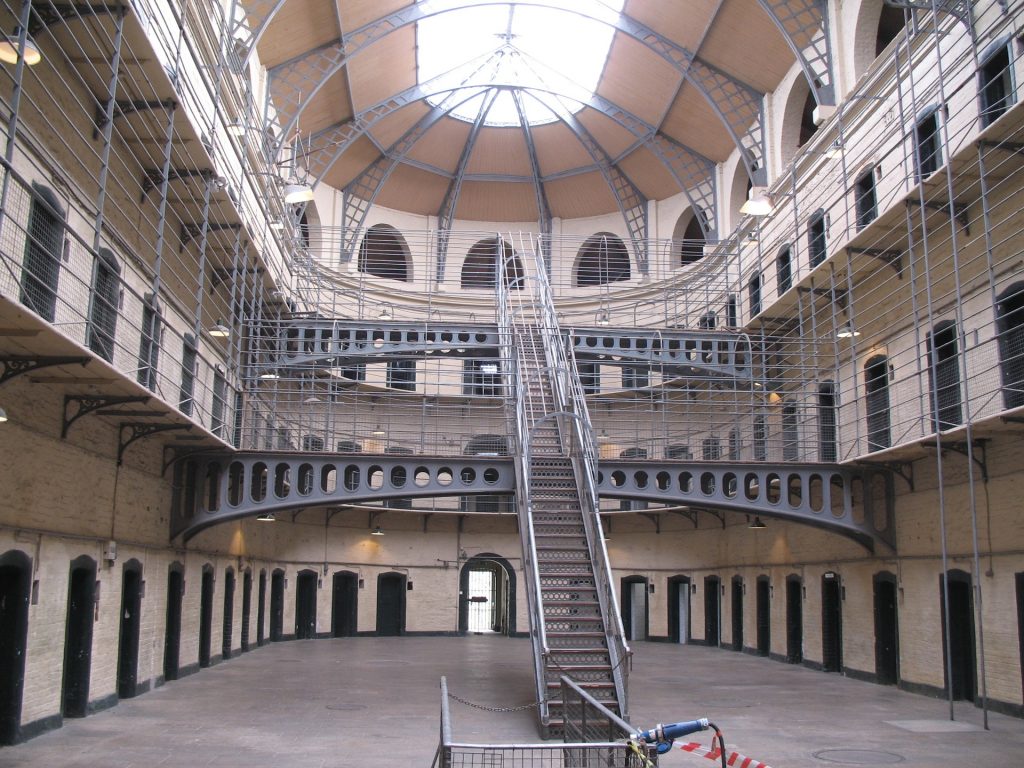 Prison Empire Tycoon, released by the Valencia, Spain based video game studio Codigames in late April 2020, is the newest idle game to simulate prison management. Players emulate the role of a prison warden with the task of  making the prison as profitable as possible. The ultimate goal? Make money rehabilitating prisoners around the world. Modeled after prisons in the United States, the game glorifies private prisons, degrades prisoners as subhuman and falsely encourages prisons as a reformatory solution.

In the game, prisoners are reformed through upgrading facilities to reasonable standards, taking care of prisoners’ needs and keeping them satisfied. Riot and escape attempts occur when prisoners are not properly attended to, implying that prisoners are violent by nature. In reality, despite the exponential increase of prisoners, prison riots and violence in general have decreased dramatically in the U.S., largely due to the higher percentage of nonviolent offenders being incarcerated and stringent security measures to quell any potential chaos.

At the start of the game, the head guard introduces the prison as a “hellhole” to the player and depicts inmates as “lowlifes,” “scoundrels” and “riffraffs.” The guard continues to explain how the more dangerous the prisoner, the more money users can receive for keeping them behind bars. Once the prisoners are reformed, finish their sentence and leave, the staff can get their pay. Prison Empire Tycoon also features special prisoners who are randomly incarcerated and have the ability to deteriorate the health, hunger, happiness and stress levels of other prisoners. Reforming these prisoners increases the profitability of your prison. The language of the simulation not only demeans prisoners, but also reinforces the idea that all incarcerated individuals have committed crimes so irreparable that they deserve to be imprisoned for life. But real life is not that simple. The game fails to recognize the stark racial disparities in U.S. prisons, where Black people are more than five times more likely than their white counterparts to be incarcerated for the same crime.

Codigames neglects the complex and dehumanizing U.S. prison system, reducing prisons to business ventures to make the game appealing and addictive. Pocket Tactics, a mobile gaming guide, reminds players that the virtual prison business is only profitable when there is a constant stream of prisoners, inviting you to build and expand the prison into a multi-sector, multi-cell corporation. It may be the epitome of a business simulation, but it desensitizes users to the realities of the U.S. prison system, capitalizing on toxic prison culture as a necessary force of rehabilitation.

The game claims that prison is the solution to reforming prisoners. Users are able to add extra facilities, such as bookshelves and televisions, to improve the wellbeing and living conditions of the inmates. Although the game does also support basic living conditions and human rights as a valiant mission toward reducing recidivism, these essential needs should not just be an attainable objective — it should be a given. Whittling prisoners down into nameless numbers, virtual or not, perpetrates the idea that caging humans and supporting their materialistic needs is the best solution to repair their lives.

The game ignores that inmates are humans too. It disregards the veiled discrimination and disproportionate number of prisoners who are Black, Indigenous and people of color, mentally ill, or purposely get arrested to obtain access free health care. In fact, a 2020 Prison Policy report found that at least 25% of people who go to jail will be rearrested within the same year, often those dealing with systemic issues such as poverty, mental illness and substance use, which are problems only exacerbated by incarceration.

Perhaps the one thing Prison Empire Tycoon gets right is its depiction of private prisons as money-making machines. The game wrongly lauds prisons as successful rehabilitation stories. Truthfully, for-profit prisons rely on prisoners to earn money, meaning that recidivism and rehabilitation are not high on their list of priorities. For-profit prisons are, at their core, businesses. Their objective is simple: the longer prisons can retain inmates, the more they earn. Here’s where Prison Empire Tycoon messes up: it’s not about reform, it’s about money. Compounded by the lack of government oversight and self-interest, private prisons are incentivized to cut services and reduce living conditions for extra cash.

But it’s not just the premise of the game that concerns me. The game is rated 4.5/5 stars on the Apple App Store, with most of the lower star ratings complaining about the bugs and glitches in the game. For instance, user AubreyLikesAutumn commented that it irked her to “go to sleep and wake up and only have earned a tiny amount [of money.]” People are more concerned with not earning enough, rioting inmates and the inability to expand their prison than the perverse challenge designs that turn prison management into a crass competition and a deranged form of entertainment.

From the reviews I read, both of Prison Empire Tycoon and its predecessor, Prison Architect, those who loved the game hoped for developers to introduce the ability to start riots and increase the level of violence in the game. “I love this game. I play it every day, but when I have a lot of death row inmates, it gets boring watching the electric chair all the time,” one user commented about Prison Architect. This is not only a trivialization of capital punishment, but also an unruly normalization of human suffering.

The popularity of the game is disturbing. The game fosters a cycle of addiction through its mundane properties and an insatiable desire for financial gain. People eventually forget about the implications of the game on the harsh reality of prison culture in the U.S. It’s disappointing to see the game ranked as the second-best strategy game in the Apple App Store.

Games similar to Prison Empire Tycoon and Prison Architect present a naïve picture of what it means to be incarcerated in the U.S. and offers a feeble solution to rehabilitation. Apple, along with all other application stores, should remove Prison Empire Tycoon and all like-minded apps. But that’s not enough. Stop downloading Prison Empire Tycoon and supporting it. As a society, we need to start facing the reality of corruption and inequality that plagues the justice system. For the families of inmates and inmates themselves, prison isn’t a simulation. It’s real life.