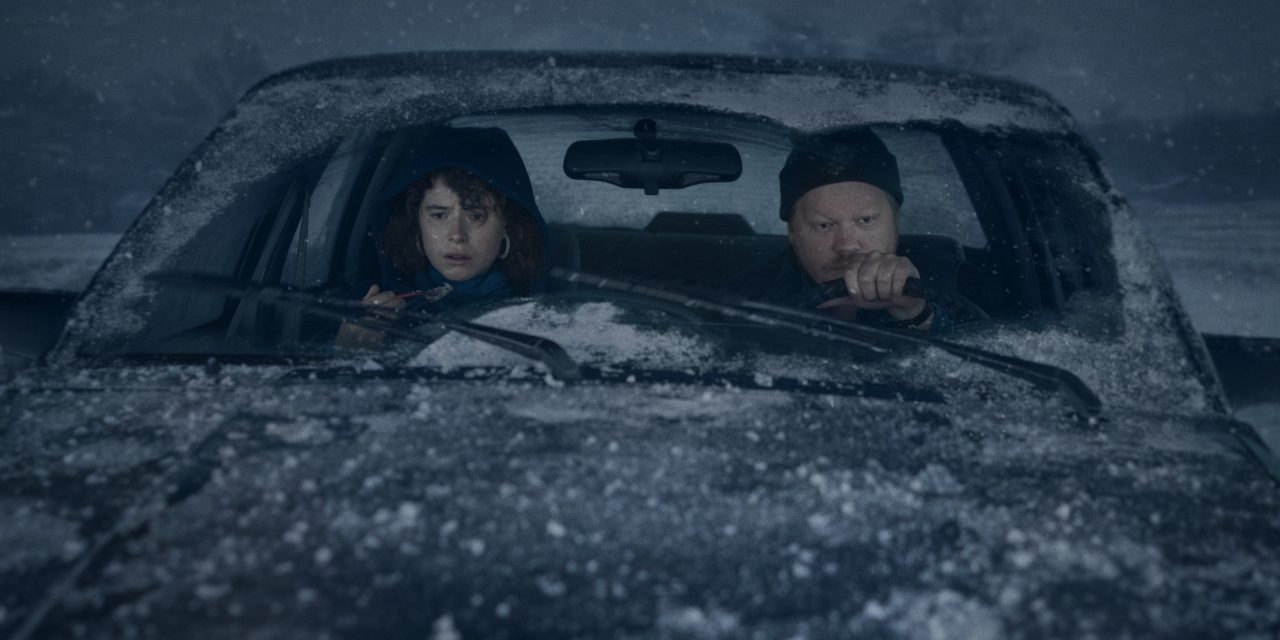 The past several months of quarantine have been a perfect time for comfort-watching. Streaming services have capitalized on this general desire to “feel good” with films like “Palm Springs” and “The Kissing Booth 2.” Writer-director Charlie Kaufman’s newest film, “I’m Thinking of Ending Things,” based on the eponymous 2016 novel by Iain Reid, was recently released on Netflix; however, it is anything but a feel-good film. Kaufman works with the source material to craft a stunning, mind-bending thriller steeped in existential dread. Though it won’t make you feel good, one thing is for certain: you won’t be able to stop thinking about it.

The plot of the film is complicated, and going in without knowing much may enhance your experience. The story depicts a young woman (Jessie Buckley) who accompanies her boyfriend of a little over a month, Jake (Jesse Plemons), on a road trip to visit his parents (Toni Collette and David Thewlis). From the very outset of the movie, the young woman’s inner monologue reveals that she is “thinking of ending things.” At the very least, we assume she is referring to her relationship with Jake, but any other implications of this statement remain unclear. From this point, the film descends into a world that is, in typical Kaufman fashion, absurd, bleak and utterly confounding.

“I’m Thinking of Ending Things” is undoubtedly a dense film. The set of knowledge required to fully comprehend the film is extremely niche (the poetry of William Wordsworth and the film criticism of Pauline Kael are helpful, for instance). The film also plays fast and loose with narrative structure and certainly with chronology, as we see certain characters in various phases of their lives. This may encumber or discourage some viewers, but for those willing to dig into the film and commit to solving its numerous puzzles, the challenge proves rewarding and the film’s themes are made all the more clear.

Though the cultural references in the film are quite specific, the movie’s themes are universal. The film explores the power of cinematic storytelling to provide meaning to our day-to-day experiences, for better or worse. Kaufman belabors the feeling of being trapped in your mind, even if that mind doesn’t quite feel like your own. As the young woman puts it in her voice-over monologue, “Most people are other people. Their thoughts are someone else’s opinions. Their lives a mimicry, their passions a quotation.” After a beat, she adds, “That’s an Oscar Wilde quote.” 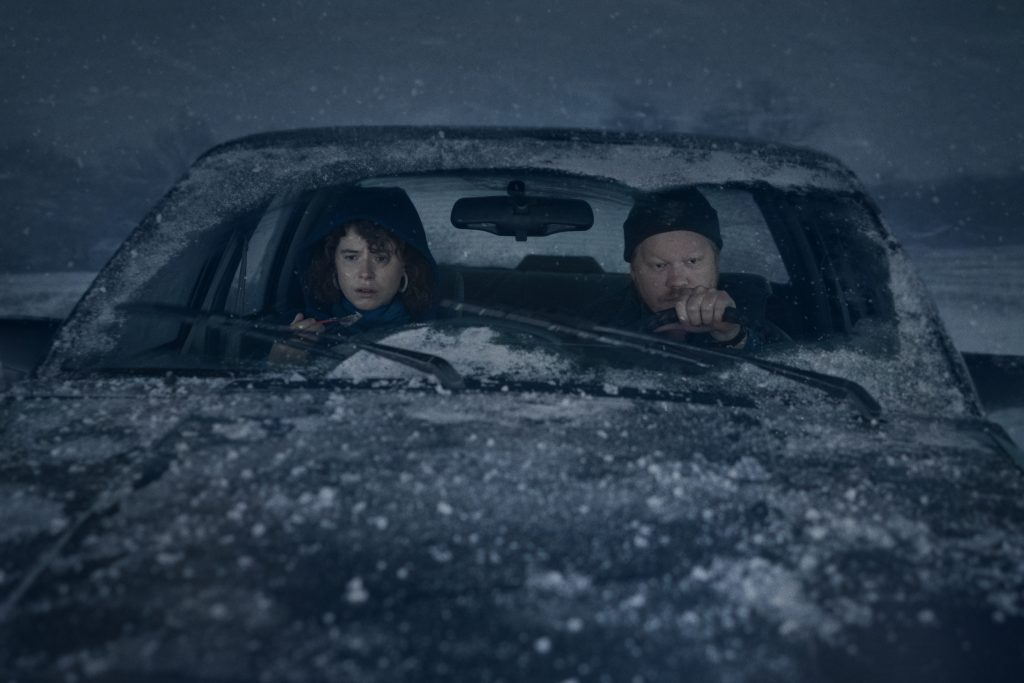 The young woman (Jessie Buckley) and Jake (Jesse Plemons) embark on a road trip to meet Jake’s parents in “I’m Thinking of Ending Things.”/Courtesy of Netflix

The feeling of entrapment permeates Kaufman’s film, from its claustrophobic 4:3 aspect ratio to the cramped spaces characters inhabit, as nearly half the movie unfolds in Jake’s car. We are subject to a near constant voice-over of the young woman’s thoughts throughout the film, trapping us in the psyche she also feels stuck in. Buckley and Plemons begin with more subdued, inhibited performances that match their confined states, but as the film goes on, both actors begin letting loose and showcasing their range, building up alongside the film to a crescendo in the final act that fully removes itself from the vestiges of reality and reaches jaw-dropping, Lynchian levels of surrealism.

“I’m Thinking of Ending Things” is a lot to take in. It’s a movie that demands dedication, attention and more than likely repeated viewings, which makes it a perfect film to watch on Netflix. Nonetheless, it is a deeply stirring and provocative look at the loneliness of human consciousness and the power of stories to help us make sense of it all. No, the film won’t make you feel good. The central romance is a broken one, the humor is sad and dark and the ending is as ambiguous as endings come. The movie will, however, rattle around in your mind for hours, days and perhaps even weeks after you watch it. It’s a meticulously constructed, terrifyingly honest depiction of what it means to be alive. “I’m Thinking of Ending Things” will be impossible not to think about.