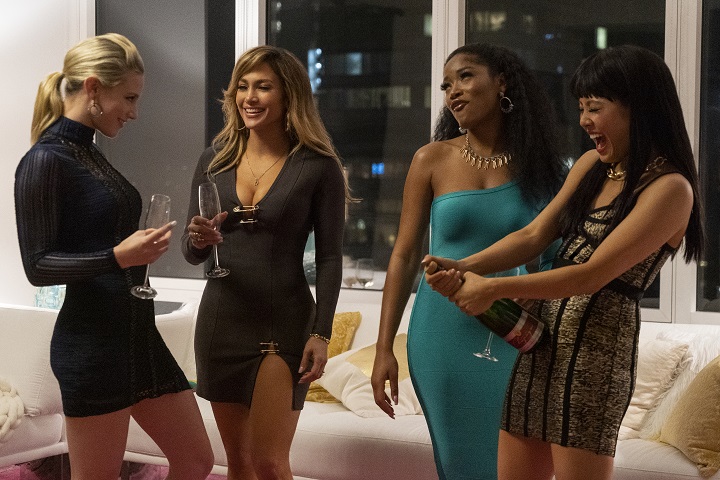 The crime genre has played a crucial role in cinematic history, with gangster films garnering some of the most prestigious film awards of all time. Films such as “The Godfather” and “Goodfellas” proved that audiences love seeing gangsters in action and introduced the genre’s frequent presence in award ceremonies. However, the presence of well-written, strong female leads in many of these crime dramas has been a clear oversight — that is, until the recent release of “Hustlers,” which features exclusively female leads.

“Hustlers,” a film based on a 2015 New York Magazine piece titled, “The Hustlers at Scores,” chronicles a group of exotic dancers who steal from wealthy men. The film tells the story of Destiny (Constance Wu) and Ramona (Jennifer Lopez), two strippers who work to fight against the financial tyrants controlling the country. It’s written and directed by the talented Lorene Scafaria, who starred in the 2013 indie sci-fi film “Coherence” and most notably directed the grim 2012 comedy “Seeking a Friend for the End of the World.”

Scafaria’s drama stars an extensive, famous cast. Lopez and Wu give exemplary performances, providing viewers with a compelling mother-daughter dynamic. While critics have argued that Lopez deserves an Oscar for her role, especially given the intense exercise regimen she endured to learn how to pole dance, Wu’s presentation is just as noteworthy because of the life she breathes into her character. Lili Reinhart, Keke Palmer and Julia Stiles also execute their roles in outstanding fashion.

The cinematography, from the vibrant mixture of neon color to the well thought-out camera techniques, elevates the film and makes it more visually dynamic. Cinematographer Todd Banhazl constructs several impressive shots, such as the continuous opening shot evocative of “Children of Men” or the spontaneous, flashy introduction of Ramona. Though it might be a small thing to note, the camera work sweetens the already-rich movie with enticing visuals.

In addition, the film’s soundtrack and sound design offer insight into its meaning. The soundtrack, a combination of 2000s pop and classical music, might seem odd conceptually, but the mixture of these two genres plays out in a meaningful manner as a way of destigmatizing stripping. The profession has often been dismissed as immoral, but the use of classical music provides an antithesis to these stereotypes by offering respectability to the career. The film’s sound editing helps frame the events as if they have already happened, like in “Goodfellas.” However, unlike “Goodfellas,” “Hustlers” utilizes a story style that focuses on previous events, while intermittently jumping back to the present to tell viewers that the speaker is reminiscing. This stylistic choice is also noticeable through sound editing; for example, one scene’s audio cuts out when Destiny pauses a tape recorder. These small touches create an atmosphere where the audience isn’t participating with the lead characters but is instead listening to the aftermath.

Despite its strengths, one disappointment of “Hustlers” arises in the roles of Cardi B and Lizzo, as the film’s promotional materials inflated their importance in the film. While they do appear, it’s in the form of cameos. The pair were likely strategically placed in the movie to attract members of their massive fan bases.

If you’re looking for an intriguing film that perfectly blends powerful performances with comedy, give “Hustlers” a watch.