According to the Associated Press Stylebook, to which The Emory Wheel adheres, the Oxford comma, which appears before the coordinating conjugation in a list, should be omitted. Opponents claim the comma is unnecessary and cite a certain clunkiness, whose offensiveness is apparently more important than ensuring clear and consistent language.

The Oxford comma alleviates ambiguity, which is the reason most other style guides — the style guides of the Modern Language Association (MLA) and the American Medical Association (AMA), as well as the Chicago Manual of Style and most European guides — recommend its use. If ethos doesn’t sway you, consider the example of a Maine dairy company, which earlier this year lost millions because of the absence of a Oxford comma in their overtime pay rules.

While use of the Oxford comma may seem pedantic and its proponents supercilious, it is clearly a useful grammatical device. So why would an organization which values accuracy and clarity in its writing abstain from its use? You’ll have to ask my editor.

Madeline Lutwyche is a College sophomore from Baltimore, M.D.

Opinion Editor | [email protected] Madeline Lutwyche (20C) is from Baltimore, Md., majoring in mathematics. She joined the Wheel’s Editorial Board in Fall 2016. She is a member of the women’s swimming and diving team and a sister of Delta Phi Epsilon sorority. 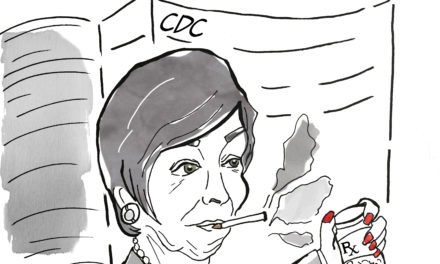 Slow Down on E-Scooter Laws