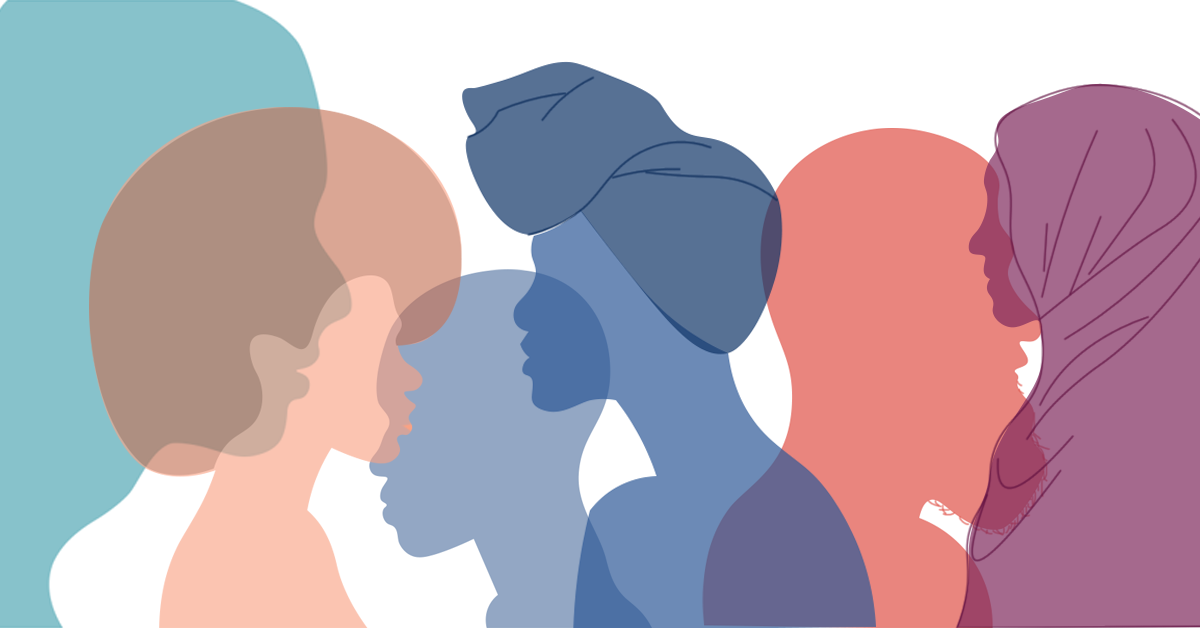 When Tracey Nance’s students walked into her third grade classroom, four feet tall with backpacks full of worksheets and colored pencils, she said they did not need her to teach them about racism.

It was often already a part of their lives, Nance, a Georgia elementary school teacher, explained, even if they were too young to realize it. When they grew up and left Dodge Renaissance Academy, the 100% Black Chicago turnaround school where Nance taught for four years, racism followed them.

“It’s a very real part of their daily lives,” said Nance, who was Georgia’s teacher of the Year in 2020. “It’s my job to listen and say, ‘That sucks, and what can we do to make it better?’”

Classroom conversations about race that Nance has held to teach students about diversity from an early age are at risk of being banned in Georgia public schools under the proposed House Bill (HB) 888. The bill forbids curriculum considered “racially discriminatory” or that portrays the United States as “systemically racist.”

School districts would face a 20% reduction in state funding if they do not comply.

This follows a trend of controversy surrounding racial education, including the New York Times’ 1619 Project, which is dedicated to reframing history to focus on the consequences of slavery and the contributuons of Black Americans.

If passed, HB 888 would have a chilling effect on discussions about race and identity in Georgia public school classrooms.

The bill would also prohibit public K-12 schools from teaching that students should “bear collective guilt and are inherently responsible” for the past actions of people of the same “race, ethnicity, religion, color or national origin.”

Contrary to the country’s debates about education, young children are not actually being taught critical race theory, Nance added. Instead, she said they are taught social emotional learning, which includes understanding diversity, equity and inclusion. This distinction has been misconstrued, she said, starting a “war” across Georgia.

“These words have become buzzwords that seem to be quite scary for conservative parents in Georgia that don’t fully understand what it is,” Nance said. “All it is is teaching kids to accept others, to love one another.”

Nance, who studied critical race theory while getting her masters degree in education, said the legal theory espouses that racism is “baked into the systems” in the U.S. The doctrine relies on real-world examples of systemic discrimination, such as housing and education discrepancies especially between Black and white populations.

HB 888 is one of 1,457 bills being discussed during Georgia’s legislative session, which ends April 4. It has been awaiting a second reading in the House since Jan. 14 and has not been voted on. The House Education Committee is scheduled to meet on March 3, but HB 888 is not on the agenda. 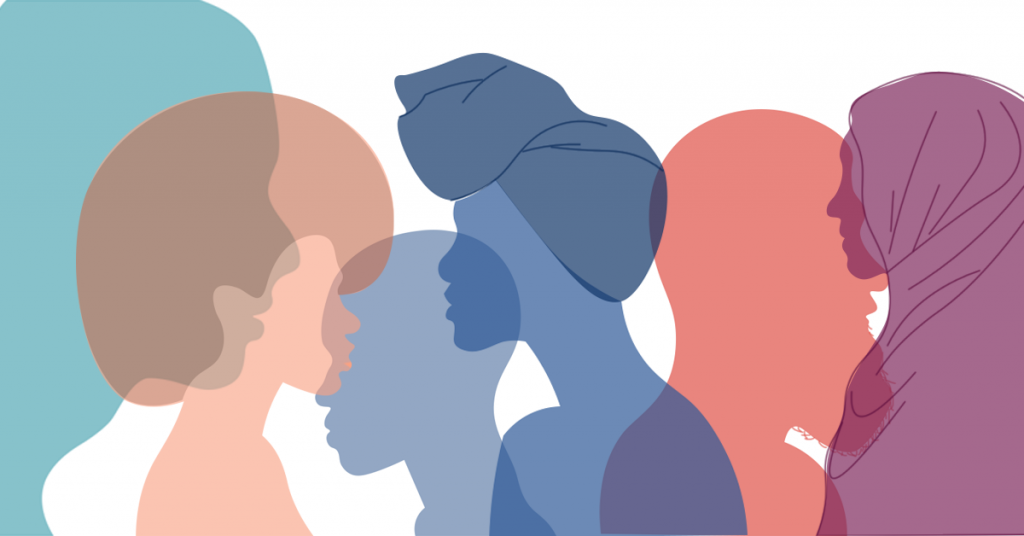 If passed, House Bill 888 would ban Georgia public schools from teaching that the United States is a “systemically racist country,” and cut 20% of state funding from any school districts that fail to comply. (The Emory Wheel/Ally Hom)

Joe Cohn, the Legislative and Policy Director at the Foundation for Individual Rights in Education (FIRE), which protects free speech at universities, told the Wheel that K-12 schools are more heavily regulated by the government than higher education.

“The question is ‘does a teacher have free speech rights?’ and the answer is generally not, with respect to being inside the classroom in that kindergarten through 12th grade context,” Cohn said. “They are themselves a representative of the government, trying to impart the knowledge that the government has decided it wants kids to know.”

“People fighting back against it gives me hope that people don’t want to stay uneducated in the dark, and that talking about problems and how it affects daily lives is something worth fighting for,” Hayes said. “But still seeing lawmakers in place try to fight against it discourages me because it shows that they don’t have peoples’ best interest in heart.”

Just prior to proposing the bill on Jan. 14, Republican state Rep. Brad Thomas said diversity programs are being “hijacked” to promote a radical agenda.

“As progressives continue to push their anti-American, ‘woke’ agenda, parents throughout this state have also woken up to the reality that divisive ideologies, such as critical race theory and the 1619 Project, are being forced on our children by rogue teachers and radical school boards,” Thomas said.

Georgia Gov. Brian Kemp supported Thomas, saying critical race theory has “pit kids against each other” during his State of the State address on Jan. 13.

“I reject the notion that the United States is systemically racist,” Schmad said. “I think we have a pretty bad class problem that kind of feeds into the perception that we are [racist].”

Daniel Ren (24C) said he agrees with some parts of the bill but believes students should learn about progress in combating racism.

“We need to teach our youth that we should appreciate our country for what it is and  continue to find other ways to help teach people so we can mitigate racism in the future without teaching them the idea that the U.S. is systemically racist and that we’re all to collectively blame for it,” Ren said.

Removing race-based information, Ren added, would not harm most students in the future because identifying racist actions is “all common sense.”

Opponents to HB 888, however, say the bill will allow students to remain ignorant to racism.

“Proponents of this bill worry about the feelings of white students,” Nance said. “What about the history of our students of color and their feelings? I want every student, regardless of the skin that they’re in, to be able to see themselves in a positive light and to see the power of their identity.”

Nance, who now travels around Georgia as an instructional mentor and education consultant, believes that educators do not make students feel guilty, saying, “I’ve spoken with teachers in every corner, in every county, and I can tell you that Georgia teachers care about their students.”

If passed, HB 888 would likely have the most impact on high schools, where students discuss race more deeply. However, several BSU members at Druid Hills High School said they currently get little racial education that does not extend past slavery and the Civil War.

Despite this, Druid Hills senior and BSU president Quinnlan Davis believes the bill would allow people to ignore the racist parts of America’s history, even though critical race theory is his “reality.”

“This bill is kind of trying to escape guilt,” Davis said. “A lot of white people, they have like this deep white guilt on slavery, and a lot of travesties that have happened in history.”

Druid Hills sophomore and BSU member Edric Bussie said he believes the U.S. was built on racism and white supremacy, citing slavery and the death penalty as examples. HB 888 would ban discussing this concept in schools.

“It’s just another thing they’re piling up in the system to disenfranchise and hate on either other minorities or just Black people in general,” Bussie said.

Multiple BSU members also condemned cutting funding. Druid Hills sophomore and BSU member Shanti Rodriguez-Pedraza said many DeKalb County schools are already struggling financially, noting that DeKalb School of the Arts had to cut a grade and could not get a necessary renovation due to a lack of funding.

“I don’t think that the government should be threatening schools to not teach the true history of the country,” Rodriguez-Pedraza said.

“It really shows who’s in power and how much they abuse it,” Davis said. “If they cut the funding, then that’ll just put the kids you’re trying to ‘protect from critical race theory’ deeper in the toilet.”

Emory is a private institution, so the University would not be required to change its curriculum if the bill is passed. However, with 25.4% of domestic students enrolled in the fall 2021 semester coming from Georgia, the bill threatens to impact the racial knowledge incoming students will have when they arrive on campus.

Nance, who has two daughters in the Atlanta public school system, said students often learn racist ideas from their parents, but educators can intervene. If the bill does not allow for those conversations, however, Nance believes more children will not learn to accept others, impacting their futures.

Davis agreed, saying that removing discussions about race from schools sets students up to unwittingly repeat racist comments and microaggressions.

“If you don’t know the implications of racism, then that’ll just leave you in the dark,” Davis said.

Bussie believes that by removing these conversations from schools, students may be cut off from pursuing a future in advocacy while at colleges like Emory.

“What if they were taught, ‘oh, these people were marginalized and oppressed, maybe I want to one day grow up to be a lawyer, maybe I want to study that in college so this can never happen, or I just want to be humanitarian, to promote and advocate for human rights?’” Bussie said. “If they don’t get that awareness of what happened in the past, then it’s just not going to make them care that much in the future.”