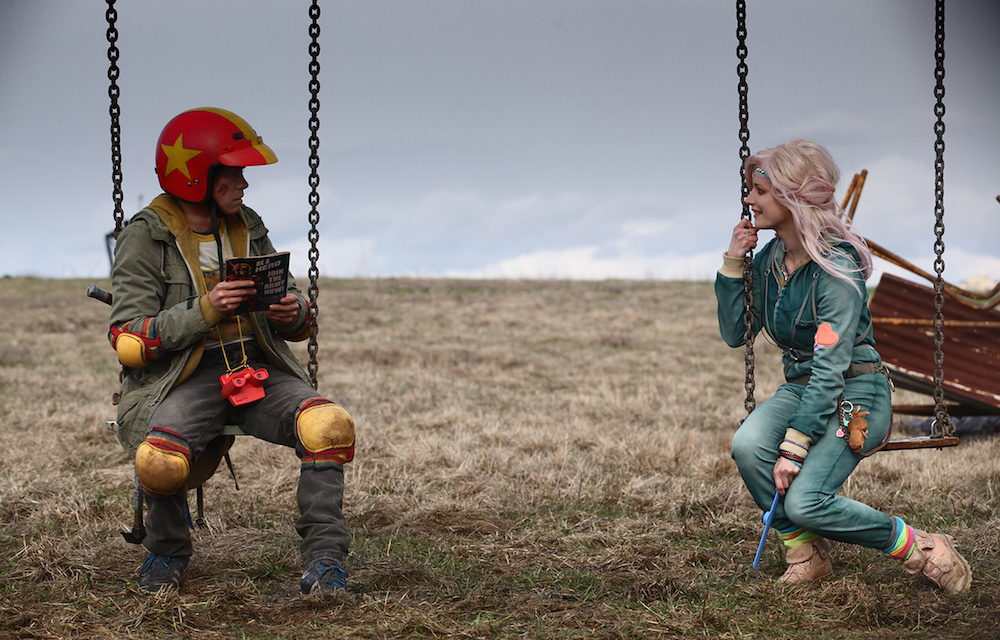 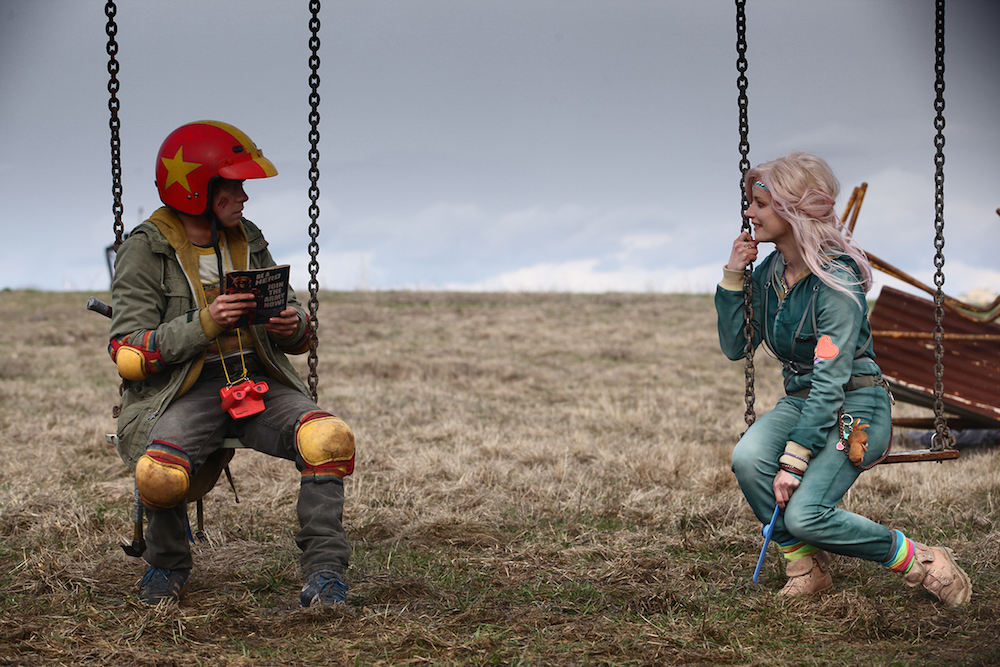 Welcome to Hot on VOD. This column highlights some of the more interesting or relevant films that appear on the video on demand, or VOD, platform.

VOD is a new avenue for digital subscription that involves purchasing films to stream or download, allowing fans to view independent films all across the country.

Each column will highlight two films  with some thematic or aesthetic connection.

Suitably, we’re beginning at the end, as our first topic is:

The apocalypse is a particular point of fascination in cinema, since roughly the 1950s. Besides the fact that there’s something inherently cinematic about destruction and what comes after, it has a particular power to seize on the zeitgeist of fear.

When we’re frightened about nuclear destruction, cinema depicts the aftermaths of nuclear war and a sick Earth. When we fear war and the savage Other, apes and zombies take over our planet. And when we fear what we ourselves do to the planet, we make movies where the planet decides to fight back.

Essentially, the apocalypse is not only a wholly malleable subject, but it is one fully responsive and representative of our society. Which is why it seems almost self-evident that “Z for Zachariah” and “Turbo Kid” could not have more wildly different takes on the material, despite coming from very similar places.

These films are connected not only in their post-apocalyptic settings, but in their particular place of fear. Both come from the looming Cold War threat where nuclear holocaust was constantly around the corner, ready to destroy cities and turn rain to acid. 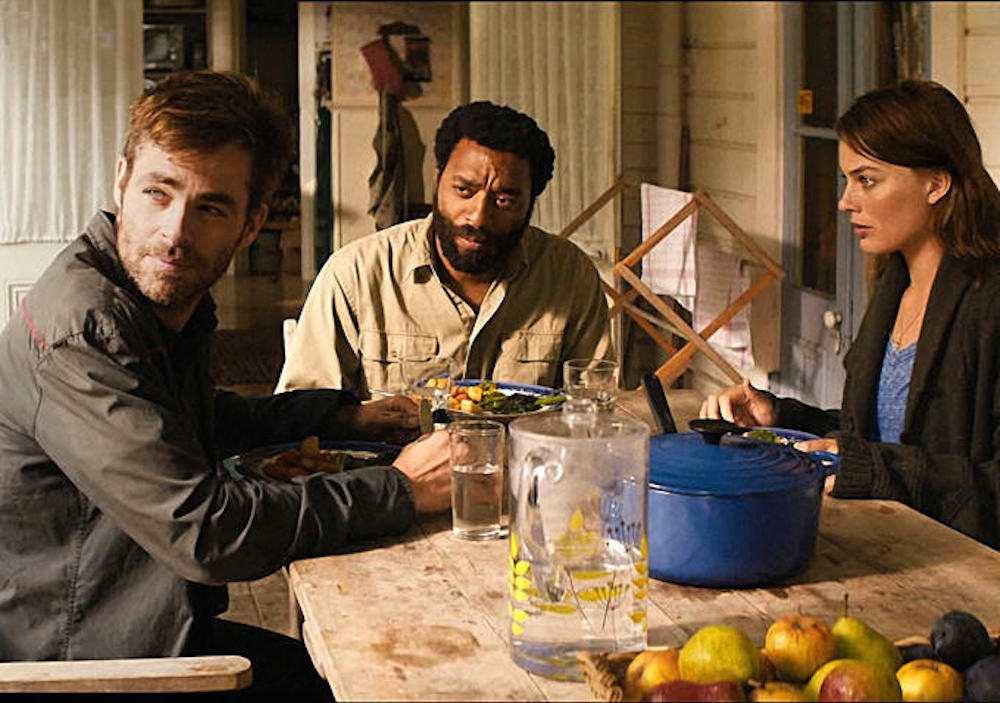 “Z for Zachariah” is based on the book of the same name by Robert C. O’Brien and published posthumously in 1974. It’s the story of the last woman on Earth, Ann Burden (Margot Robbie), after a nuclear holocaust has wiped out everything but her small pocket of a farm. She finds the last man, John Loomis (Chiwetel Ejiofor), and the two of them try to carve out their new existence.

That’s where the similarities to O’Brien’s book end, and the problems with the movie begin. The movie decides to add the complication of a third person — an attractive young white dude named Caleb (Chris Pine).

This addition is functionally, narratively and dramatically pointless.

Let’s back up a bit. Up until the addition of Pine, “Z for Zachariah” actually works fairly well. It’s a dramatically rich two-hander between two incredibly capable actors that looks gorgeous.

Ann and John have a terrifically interesting relationship. One that’s equal parts exciting and interesting as it is uncomfortable and scary. It’s the last possible relationship in the world, and it has every fraught bit that would come with that.

Robbie and Ejiofor are more than up to the task of embodying these characters, and do so with skill and grace. You feel the clash between Ann’s naiveté and passion with John’s’ cynicism and intelligence. Their conflicts feel real, born of actual histories, and their growing friendship feels organic. It’s to director Craig Zobel’s credit that the first half between these two feels so good.

Zobel must also therefore share part of the blame for Chris Pine when he comes along in the film. It seems like someone came along to make a whole different movie. This isn’t a dig on Pine at all — he’s a fine actor, and one who can be enjoyable to watch.

But the addition of his character almost totally invalidates what the movie had been building up until that point.

The film then becomes a love triangle, and not a particularly compelling one. Partially due to the fact that Robbie and Pine have the chemistry and heat of cold Spam, but more because there’s just no point. There’s the possibility of introducing the idea that the petty struggles of man continue no matter their desperate situation. But that’s never introduced.

Instead, it becomes every stupid and petty love triangle cliché, and it turns what could have been a narratively interesting two-hander into an inert triangle. The drama becomes conventional, the narrative boring.

Again, Tim Orr’s cinematography is gorgeous, with subtle little shout-outs to Tarkovsky’s “Stalker.” And technically, it isn’t as though the performance or writing quality ever actually gets worse. 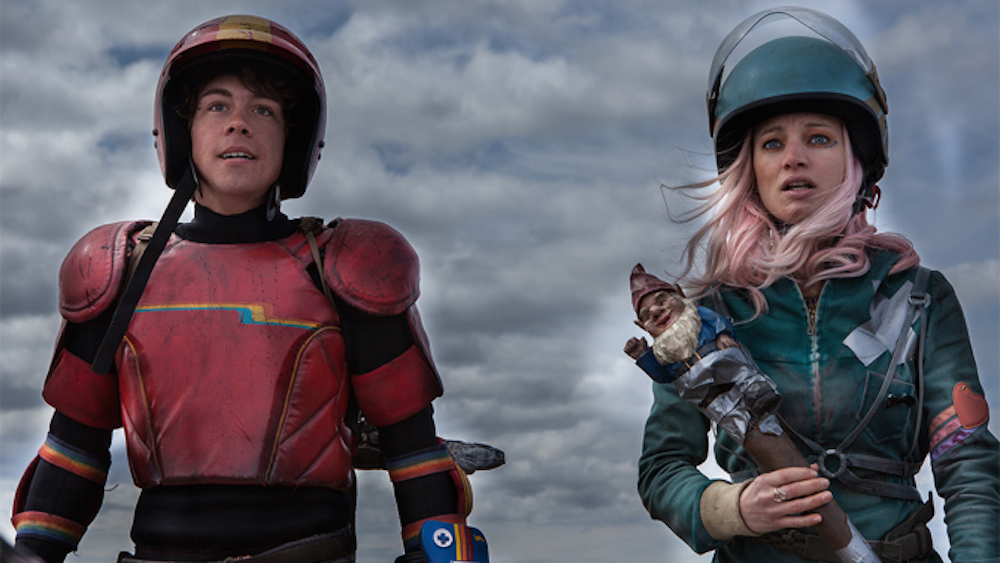 The so-called “apocalypse film,” of course, has a talent for tapping into the inherent fears of a culture, and “Turbo Kid” certainly does that. But the film is searching for a different piece of our current zeitgeist, and that’s the fact that we all seem to love the 80s.

Perhaps thanks to Nicolas Winding Refn’s runaway success, “Drive,” or perhaps simply due to a certain generation coming of age, the aesthetics of 80s genre and B-movie filmmaking have come back with a vengeance. It seems like there’s no shortage of films drenched in neon, scored with pounding and snaking synthesizer and evoking the feeling of a great video store find on a Friday night.

“Turbo Kid” is all of that and more —  a top to bottom crafted homage to a genre it so clearly loves. It’s a feature film love letter to not only 80s aesthetics, but to the “Mad Max” films. It’s an incredibly clear goal and for better and worse, the movie is entirely created around it.

The story of “Turbo Kid” could not be simpler. After a nuclear holocaust poisoned the Earth, a comic book fan only known as “The Kid” (Munro Chambers) stumbles upon the power to become his favorite superhero so that he can save his incredibly 80s lady friend, Apple (Laurence Leboeuf), and stop the evil warlord Zeus (Michael Ironside). It’s a thin story, but it works well; the story is a vehicle for the 80s pastiche.

And boy does that pastiche work well. While the movie looks to be made for about $3.50, that $3.50 clearly went a long way. Clever prop usage (all of the characters ride bicycles) and the deft hand of rookie cinematographer Jean-Philippe Bernier make for a film that looks far better than it should. It emulates the feeling of a B-movie film you’re watching on videotape without ever feeling as ugly as a film like that might be.

The other thing that really enhances the feel of this film is the gore. While I won’t give away anything, this is a film for gorehounds. Where a relative lack of experience in staging action sequences definitely shows at important moments, the gore tends to up the wow factor that this film needs.

Performance-wise, the characters do precisely what they need to. No one is bringing the house down, and stiffness is an issue likely due to the relative inexperience of those involved, but they’re serviceable and they’re obviously having so much fun.

And that’s what I really love about this movie. This is a messy film, a short brought to feature length that clearly starts to show the outer limits and strains of its premise. Yet it’s hard to notice. It’s so much effusive and infectious fun.

“Turbo Kid” is a film that you watch and just know that everyone loved making it. It’s not perfect, but there’s something to be said for watching a passion project.