Hosseini Intertwines Stories In ‘And the Mountains Echoed’ 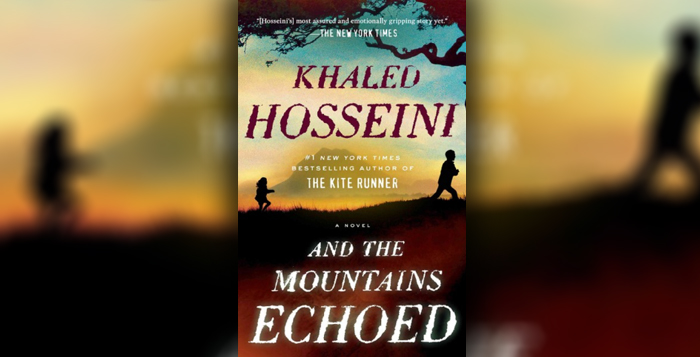 The Ancient Greeks believed that three women known as the Moirai, or today the Fates, carefully measured, wove together and ultimately cut short the threads of our lives.

Like the Fates in Greek mythology, Afghan-American author Khaled Hosseini weaves a cohesive story from many different threads that stretch across continents and decades in his newest novel, And the Mountains Echoed.

Riverhead Books published the book in 2013.

“I suspect the truth is that we are waiting, all of us, against insurmountable odds, for something extraordinary to happen to us,” Hosseini writes.

Although the narration begins with the promise that the storyteller will tell “just the one” tale, And the Mountains Echoed ultimately reveals many intertwining stories belonging to different characters.

In this way, And the Mountains Echoed differs from Hosseini’s previous novels The Kite Runner and A Thousand Splendid Suns.

Each individual story is so intricate and rich that it feels as if one of the many stories could fill all 299 pages of the novel.

Yet, just as the Moirai sister Atropos cuts the individual threads of life to make way for the rest of the tapestry of our collective story, Hosseini often leaves one storyline to pursue another.

His graceful prose carries us to Afghanistan where, in one of the most heartbreaking threads of story, an Afghan-American doctor contemplates taking on the responsibility of caring for an orphaned girl.

Other threads lead to Paris, the United States and to Tinos, a small Greek island.

But the center of this multilayered narrative rests Hosseini’s most compelling story about the surviving bond of two siblings, impoverished Afghan children Abdullah and Pari.

The night before their journey across the desert, Abdullah’s father tells a story about a loving father called Baba Ayub who must give one child to a div, or a demon, in order to save the lives of his other four children.

When Baba Ayub, overcome with guilt, finally journeys to the div’s dwelling to take back his favorite son, he discovers the child playing happily in a garden, unable to see or to remember him.

The div tells Baba Ayub that this was his test and that he has made the right choice, for if he had refused to give up a single child then all five of his children would have suffered and perished.

When the fable that Abdullah’s father tells begins to reflect the events in Abdullah’s own life, as his parents “sell” his sister Pari to be adopted by a wealthy couple, Hosseini eloquently illustrates how our choices echo across generations.

The intertwining stories reveal how one small action in our lives can come to shape someone else’s own story and how, while we see ourselves as the heroes or heroines of our lives, the other people around us see themselves in the same way as well.

In And The Mountains Echoed we see people through their own eyes but also through the eyes of others.

In this way, Hosseini creates realistic characters such as Nabi, a loyal servant who must choose whether to stay with or abandon his ailing master, and Adel, a young Afghan boy who must decide whether to believe his frightening, powerful father or his impoverished friend.

Through the multiple lenses of separate but interconnected storylines we come to know the characters’ shades of personality.

How do we use stories to create meaning in our own lives? How do our stories impact the stories of others?

The questions Hosseini asks reverberate across his intertwined storylines.

“I should have been more kind,” he writes. “That is something a person will never regret. You will never say to yourself when you are old, Ah, I wish I was not good to that person.”

He then asks, how do we define an act of kindness? Does kindness justify the abandonment of a child?

These are the kinds of questions that Hosseini has woven together, thus creating a touching and thought-provoking web of story.

​The many echoes of this book will stay with readers long after they turn the last page.