Just four miles away from Emory’s main campus is a dystopia of female exploitation and french fries. Hooters is a magical paradox where burgers are served by hypersexualized waitresses in zero clothing, yet “kids eat free” nights happen regularly with readily available booster seats. Recently, the internet has been ablaze over how Hooters changed its already revealing uniforms to even skimpier ones. Although Hooters has amended its uniform policy in response to the backlash, the restaurant’s existence is a disturbing indication of the extent of normalization of sexual harassment at the hands of massive, male-owned corporations.

Some young women may view going to Hooters as female empowerment, in that female restaurant-goers can reclaim a male fantasy and support the waitresses. Others might even argue that Hooters is the embodiment of sexual freedom, as a rejection of stuffy, uptight feminism and support of sex workers. It’s not. Spending money at Hooters means supporting a corporation that sexualizes young people and reinforces the objectification of women. Nobody should be directing their money toward such an abusive corporation. Instead, we should work to denormalize such harassment.

The exploitation of women at Hooters is frighteningly casual. The servers are marketed as sexy burger-carrying objects who are required to wear skin-tight tops, heavy makeup and minuscule shorts. They are also forbidden from showing tattoos and wearing too much jewelry. The quintessential Hooters girl is a sexy, well-kept, thin-yet-curvy male fantasy, at whom male restaurant-goers can gawk while enjoying their meal. Customers can even purchase calendars that boast over 200 Hooters girls in swimsuits. “When the first Hooters calendar sold out in 1986, we knew we’d stumbled on another winning idea,” reads the website. The idea: further monetizing the bodies of women.

Despite all of its efforts to be family-friendly, the restaurant fails abysmally, framed as a wing joint with a side of sex. The job description lists that waitresses are expected to be “fit and glamorous,” catering to the male gaze’s definition of female beauty. Even the logo is a depiction of breasts disguised as an owl in a double entendre, as if it’s meant to be an inside joke between adults. Kids get to eat chicken fingers from the kids menu and parents get to laugh at the boob joke in the logo. Family-friendly, right?

Not so much. The sexualization of children and the way the restaurant markets itself as a child-friendly institution are also wildly problematic. The corporation requires employees, some of whom are underage, to sign a contract that states that they will “interact with and entertain customers” and that they understand that their job is based on female sex appeal. This means wearing revealing clothing and parading their bodies to appeal to male customers. They also have to confirm on the contract that they do not find their job duties “offensive, intimidating, hostile or unwelcome.” In doing so, Hooters is rendering itself unaccountable for exploiting women. According to a lawsuit filed in 2010 by the California branch of the National Organization for Women, Hooters also tries to market itself as a family-friendly environment, with children’s menus and high chairs. According to the same lawsuit, the restaurant also sells clothing in children’s sizes that reads “Future Hooters Girl,” which is an absolutely twisted way of informing children that in a few years, their bodies will be objectified by men. The “family-friendly” title, mixed with how Hooters acts like they’re doing people a service by providing good food and attractive people to look at, allows the corporation to avoid accountability when accused of sexualizing workers.

Despite all the evidence lodged against them, some people, including former employees, still argue that Hooters is ethical since servers choose to work in that environment. After all, there are other minimum wage jobs, so waitresses and customers who take issue with the restaurant’s policies can just go elsewhere. However, the simple fact that women volunteer to work at Hooters is just a testament to how normal it has become for women to use their bodies to please men. The introduction of the new uniforms further clarifies how little Hooters cares to hide their message: the more skin you show and the more sexually available you are, the more money you make.

Hooters was founded in 1983, and the fact that it has survived for so long is horrifying. An entire job based on sexual harassment was unacceptable then, and it certainly shouldn’t be acceptable now. So instead of taking a spontaneous girls’ trip to Hooters — an idea that I’ve heard proposed more than once at Emory — direct your money to organizations that are owned by women instead of ones that view their bodies as money-making tools. Stop spending money on corporations that profit from peoples’ bodies all together. Focus on supporting events like the Georgia Women’s Food Fest and forums like Let’s Talk Womxn, which celebrate and support women in the food industry. Spend money at woman-owned restaurants like Busy Bee Café and Lake & Oak. Next time you want some wings, get them without the side of female exploitation. 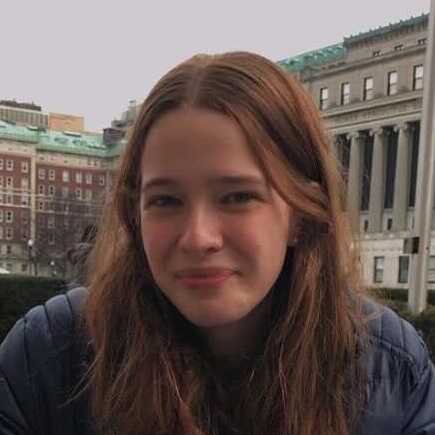 Sophia Peyser (she/her) (25C) is from Manhattan, New York, planning to major in English. Previously, Peyser was a columnist at her high school newspaper. Outside of the Wheel, she is a staff writer for Lithium Magazine, an online and print zine. In her free time, she enjoys going on walks, perfecting her coffee recipe, and reading the New York Times' Modern Love column.