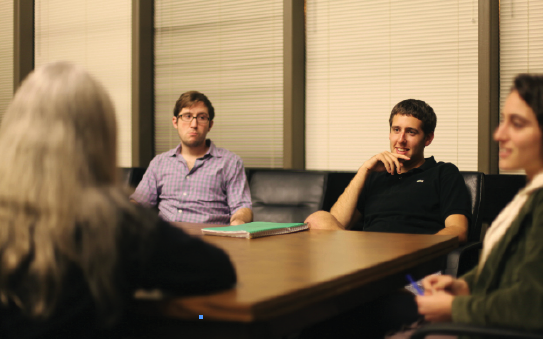 The Emory Wheel and the Honor Council would like to note that no information regarding specific cases or students was divulged in the process of writing these stories. Several students, council members and professors, some of whom wish to remain anonymous, have willfully volunteered non-identifying information.

It’s getting late on a Tuesday night, and you’re staring at an empty screen. It should be full, crisscrossed with rows upon rows of enlightening analysis on the Republican primary. But it’s not, and now it’s due in 10 hours. The digital clock in the corner of your screen ticks away, seemingly accelerating at a speed inverse to your declining words per minute.

It wasn’t supposed to be like this. You’ve been working hard, and you’ve been doing well in the class. The professor likes you, and you’re thinking about asking him to be your advisor. He’s a kind old man, but you imagine him standing over your shoulder, saying in a disappointed wheeze, “why did you wait so long to start? You’ve had all week.” But of course, that’s the same question you’re asking yourself.

Your watch beeps; it’s one o’clock, then two, and the words still won’t come. Darkness closes around your eyes – can’t I just go to bed? No, of course not. Frustration turns to despair.

He just looks them over, right? He’d never notice if I … you know … just a sentence or two …

Command-C, Command-V. And just like that, you’re a hundred words closer. It’s just so easy.

“Upon every individual who is a part of Emory University falls the responsibility for maintaining in the life of Emory a standard of unimpeachable honor in all academic work” begins the preamble to the University’s honor code, eight pages of laws and bylaws detailing the standard of academic integrity to which every student must adhere. It is the backbone of our ethical inquiry, the standard to which we must hold ourselves, and when we inevitably fail to uphold this standard, it shows us how short we have fallen of our ideals.

It is a living document, updated as the demands of our times describe, and it acknowledges that we live in a culture of competing ideals. We at Emory value excellence in all things at all times. We value the drive that pushes us to knowledge unknown and questions unasked. And yet, even as we are urged to perfection at every turn, we may not cross certain lines.

The council hears anywhere between 60 and 90 cases each year, with cases drawn from a veritable host of infractions. Plagiarism, copying other students’ exams, fraudulent registration, fabricated deaths in the family – the Honor Council has heard it all. But whatever the case, it is the Council’s job to both administer the proper punishment and somehow turn it into a learning experience, even if it is an unwanted one.

The entire process, from accusation to resolution, is surprisingly speedy.

“A case comes in the office, I assign it to an investigator within 24 hours,” says a current member of the council, who wished to remain anonymous. “Then the investigator has to contact the student and the accusing professor within two days.”

She continued, “this year, we’ve done it so that you’ll hear your sanctions and, if necessary, your verdict within three business days.”

The Honor Code specifies an entire spectrum of punishments, from an informal verbal reprimand all the way up to expulsion from the university. It does not, however, prescribe a general punishment for each offense, instead allowing the Honor Council a certain amount of flexibility in determining a penalty appropriate for the offense.

“The most common sanction is an F in the course and a two-year mark on the student’s record,” says Cahoon Family Professor of American History Dr. Patrick Allitt, who was recently appointed faculty director of the Honor Council. “But if it’s a minor infraction, sometimes we simply give an F for that piece of work.”

But no matter where a case ends, it almost always starts the same way.

It’s been about a week since you turned in your reflection, and your professor is handing back assignments, stepping between desks as he sets one before each student. Everyone except you.

As your classmates file out, you step up to the front, where the professor is packing his notes back into his leather satchel.

“Uh, professor? I didn’t get my essay back.” He looks at you and then reaches into his satchel to produce your paper. You grab it and flip to the second page. You see that your professor has highlighted the lines you pasted from Wikipedia.

“I know you plagiarized, and I’m submitting this to the honor council.”

The words hit you like a blow to the chest. You think you might be sick, and you have an urge to sprint out of the room or maybe out the window.

“I’m sorry, but it’s out of my hands now,” your professor says.

The walk to the door is the longest you’ve ever made.

In general, it falls upon the professor to catch cheaters in all forms. Among the most common methods for identifying plagiarism is SafeAssign, a web-based program that analyzes a student’s work against published works on the Internet and other essays.

“The reason you want to use it is to find out what percentage of a student’s is actually in their own words and how much they’ve borrowed, even unwittingly,” said Dr. David Pacini, a professor of historical theology in the Candler School. “A lot of the cases I’ve faced have been caught in SafeAssign.”

The program has proven popular among many professors, and according to an anonymous council member, it is being considered for mandatory adoption. Still, SafeAssign is not perfect, and many professors, especially more traditional ones, often rely on more tried and true methods like identifying abrupt changes in style.

“When the Emory College hires faculty, it trusts them to write the lectures, lead the seminars, choose the books, grade the papers and give the grades. Yet it says, ‘If the student cheats, the professor can’t resolve it,'” says another University professor who wished to remain anonymous.

That resolution ultimately falls to those present in an Honor Council hearing, typically the accusing professor, the department head, an investigator and three student Council members. The hearings come in one of two varieties: expedited, in which a student admits his or her guilt, and normal, in which the evidence against the student must be presented by the investigator and debated by the Council. Though the expedited option greatly streamlines the process, it has no effect on the ultimate punishment.

When the time comes for sentencing, Council members frequently find themselves trying to reconstruct the factors that drove a student to cheat. “Every [case] has an element of the human experience,” said Dean Arp in 2011. “Obviously no one just says, ‘Okay, today I am going to cheat,’ so there has to be an extenuating circumstance.”

“We take experience in college into consideration,” said Dr. Allitt of some of the factors that might mitigate a sentence. “The less time they have been here, the more likely we are to respond to circumstances. And if we feel the students are under extraordinary stress, we’ll take that into account.”

You are sitting in a conference room in White Hall, listening to the accusations leveled against you. Though you have already admitted your guilt in an email to the investigator, you twinge with discomfort as your transgressions are recounted to the impassive students and faculty seated around you.

You sit at one end of the table, while the department head sits at the other. To your right are three students you do not recognize; to your left, your professor and the investigator.

You want to scream.

“I know what I did was wrong, and I’m sorry. I was under so much pressure, from my teachers, from my parents, and … I just gave in. I never meant to do it, and I’ll never do it again. Maybe everyone says that, but it’s true. I know I’ve learned something here.”

They’ve heard something like this before, and they will hear it again. Even as they stare, you feel no more judgment than you do understanding.

“Students are growing up in a world where they are constantly hearing about all types of cheating all the time – moral, financial, sexual, academic and everything else. Some of them do, unfortunately, think, ‘Ah, I could get away with that!'”

When the risk-to-reward ratio is high enough, there is no one – students, parents, professors and even admissions deans – who won’t cheat when the stakes are right. The Honor Code and those who enforce it understand this better than anyone, and they empathize deeply with the demands placed upon students.

Be that as it may, the students of the Honor Council must administer punishment for those who violate the code. It is a difficult balancing act, but one that, by all accounts, they achieved admirably.

How to Win Winter: 2018 Fashion Trends 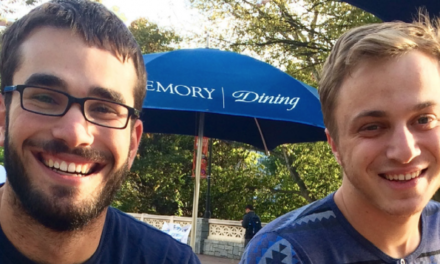 Desta Not the Best-a, But Hits the Spot 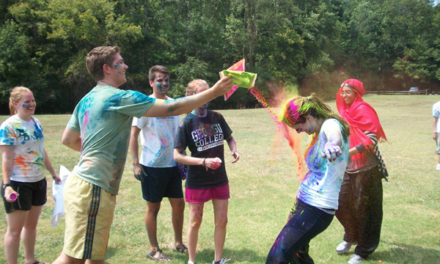