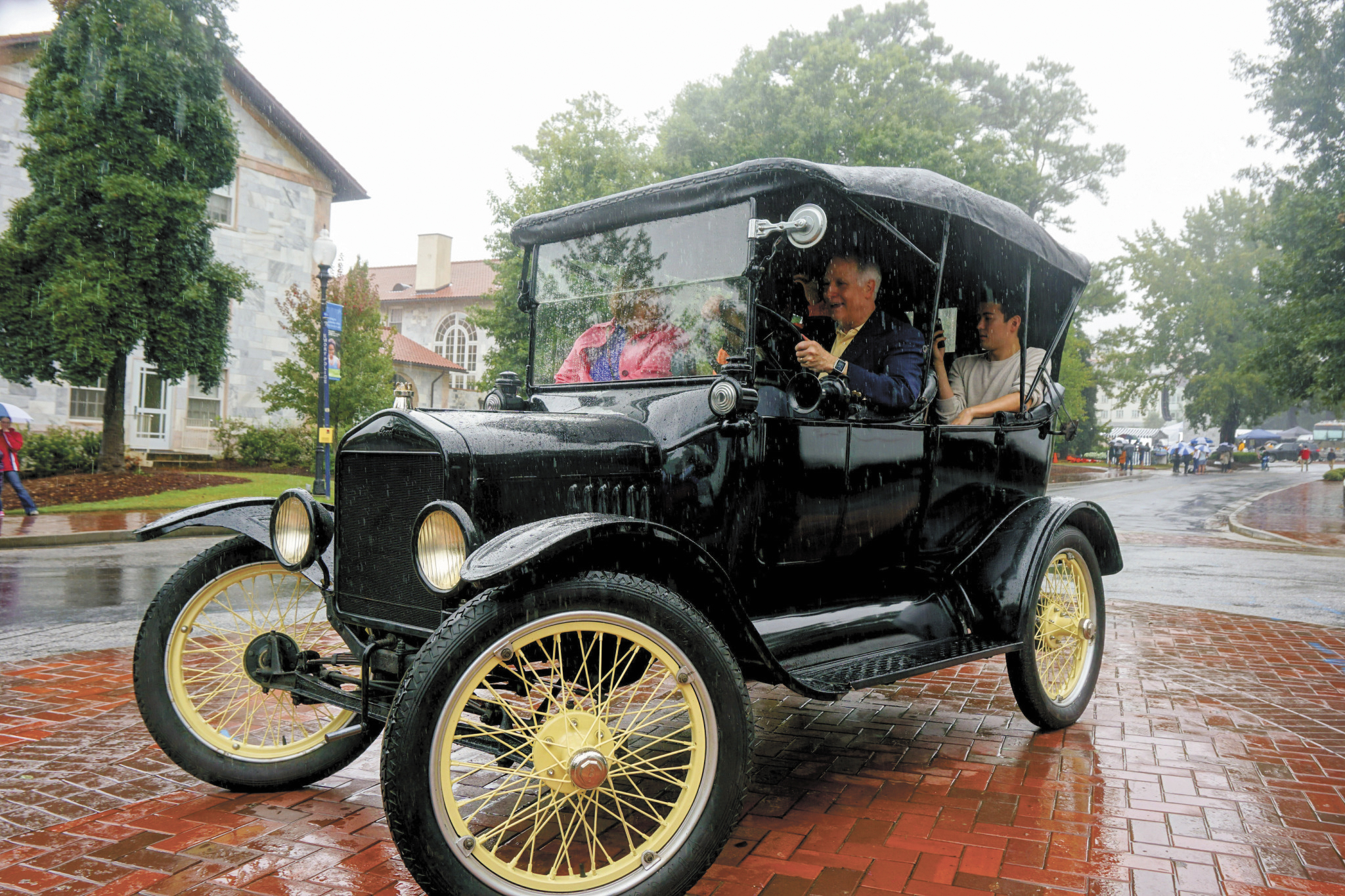 With 18 varsity sports and 20 NCAA Division-III national championships, nobody would dare say that Emory is lacking in athletic ability and achievement. The only noticeable thing missing from our sports scene is possibly the highest profile sport in the country: football. While many people would gasp in horror at this fact, I find nothing horrible at which to gasp.

I come from a relatively big college football community, New Orleans. While Louisiana State and Tulane football might not claim the highest profile in the country, my dad went to the University of Michigan, and I have had the opportunity to experience a Big 10 game at the Big House. As a child, my nightly lullaby was the Michigan fight song. I am no stranger to football and all it entails.

Football has a strong cultural hold on many colleges a3cross the country. For the masses who are not the actual players, one of the most important parts of football is the homecoming. A traditional homecoming consists of a homecoming football game and a tailgate, in addition to other football festivities. As a first-year student, I was unaware that Emory did homecoming, since we don’t exactly have a football team. When I first thought about the logistics of a homecoming sans football, I was confused; however, the more I thought about it, the more it seemed to make sense. It makes sense that homecoming should happen anywhere where a school celebrates the annual return of their alumni and the spirit of their current students. As a brand new Eagle, I am more than ready to celebrate with my new school.

Emory offers a wide array of spirited events to celebrate our school and the returning alumni. From the Eagles’ soccer games to Spirit Day and the all-important Smash Mouth concert, parade and festival, Emory seems to have pulled out all the stops for our football-free Homecoming. There’s even an inaugural alumni tailgate. The Homecoming website says, “Jealous of your friends who tailgate for their school’s football games? Even up the score with the College’s inaugural tailgate celebrating ‘our football,’ aka the great work happening in the College.” I think that the fact that “our football” is intellectual advancement makes a positive statement about Emory University. It shows that Emory is focused on research and study as well as athletics, but can still appreciate the fun and importance that sports have on college campuses.

If any of us are craving a good tailgate and a game, Georgia Tech and University of Georgia are right around the corner ready to offer the football culture that Emory has chosen not to provide, but from what I have seen, Emory students don’t seem to mind this lack of football. That’s not to say that our sports don’t rack up the appropriate amount of respect and prestige. Remember those 20 NCAA Division-III national championships? While sports play a huge role in the college experience in the United States, college ought to be primarily for academic pursuits.

There is no right or wrong way to run a college, but Emory seems to have a proper balance between sports and education. Big 10 Universities, Southeastern Conference schools and others have a different type of balance and a different type of reputation for it. Emory is not associated with the word “football” like other schools are, such as University of Michigan. Neither reputation is better per se, but I find that the Emory sports culture has a better feel than the other schools that I have visited. In other, more athletically driven schools, I felt that in order to be a part of the sports scene, I had to be an accomplished athlete, coordinated and well-spoken in football vernacular; however, at Emory, I know that whether I go to the gym or a soccer game or even join a club team, I won’t be shunned for my lack of sports knowledge, but rather encouraged to explore my new interest.

The absence of football at Emory is more than just that — it says more about the sports culture at our school as opposed to similar schools of our size and rank. Whether a klutz or an NBA draft pick, Emory offers sports for everybody, thanks to the “athletics for all” philosophy. With Emory’s Play4Life, Club Sports, Intramural and Fitness Emory programs, sports at Emory seem fun, attainable and unintimidating. This philosophy creates an environment so welcoming that even as a first year I am enjoying the atmosphere and all that it has to offer.

The fact that Emory is not associated immediately with a football team means that more people are able to see at first glance the incredible academic work that goes on here. Rather than remembering the score to a game, they remember the latest research published or professor honored.

Emory encapsulates the theory that school spirit and sports do not rely solely on football and that football is not the most important aspect of any college. Anybody who walks through the WoodPEC can see the incredible athletic achievement, as evidenced by the various awards. Emory’s Homecoming is bound to be a successful event due to the school spirit evident in current and former Emory students. We prove that you don’t need football to have a Homecoming.