Holmes girl bossed too close to sun in ‘The Dropout’ 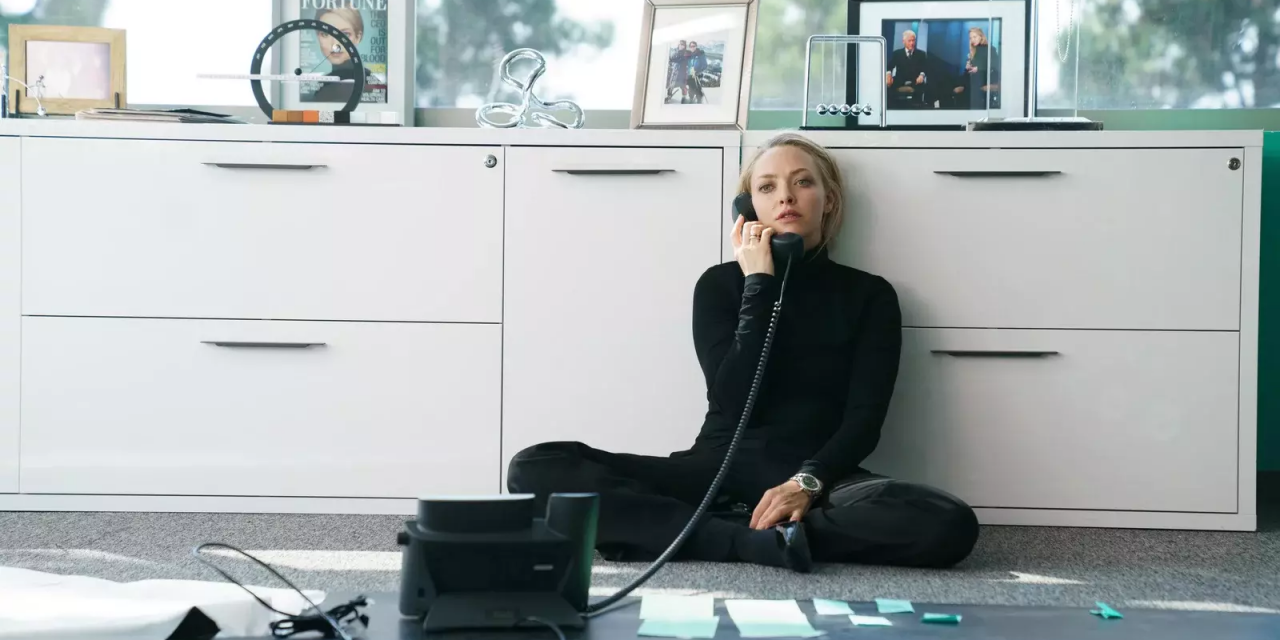 This review contains spoilers and mentions of sexual assault and suicide.

Hulu’s “The Dropout” presents viewers with the image of Elizabeth Holmes as a disgraced girlboss. Once an acclaimed title given solely to inspiring and confident female leaders, the term is now also used to describe women who exploit and bully others for profit.

The series opens with replicated footage of Holmes’ deposition, and its message is loud and clear: America’s youngest female self-made billionaire scammed her way to success. The scene switches to another interview with a media company that fawns over her success. When the reporter asks what word she would use to best describe herself, the CEO responds, “mission-oriented.” This answer foreshadows the show’s depiction of Holmes’ loss of humanity as she builds Theranos into a billion-dollar blood testing company at the expense of human lives.

The miniseries takes viewers through the wild life of Elizabeth Holmes (Amanda Seyfried), from the construction of Theranos to its eventual collapse. The biotechnological entrepreneur, who dropped out of Stanford University at 19 to found Theranos, worked alongside her chief operating officer, Ramesh Balwani (Naveen Andrews), to revolutionize the blood-testing industry and healthcare. They claimed their “nanotainers,” vials that stored a single drop of blood, were enough to run up to seventy tests on their Edison devices. The company would offer services such as antibody detection at a fraction of both the cost and the blood-take. These goals were unrealized dreams, as the technology ultimately failed and Theranos lied to investors and patients about the product’s performance.

Holmes stayed true to her “mission-oriented” self throughout the series. The pilot depicts a teenager intent on inventing a product and building a company in order to achieve her ultimate goal of becoming a billionaire. The biomedical engineering major crossed paths with professors and mentors who would later join her company. Determined to invent a product, Holmes draws up a patch that would administer and regulate medication to patients. She runs the invention by Phyllis Gardner (Laurie Metcalf), a Stanford medical school professor who provides her with constructive criticism. The esteemed physician later reproaches Holmes when she chastises her for not helping a fellow woman out. The series further shows the scope of misogyny with Holmes’ experience with sexual assault. She then became motivated to rework her prototype to what became Theranos’ signature device: the Edison machine.

Instead of taking pride in her unique background, Holmes succumbs to the masculine aesthetic of Silicon Valley tech bro. Holmes’ dress is a carefully constructed facade of turtlenecks and puff vests, reminiscent of her idol Steve Jobs, which emanates composure and knowledge. “The Dropout” also details the evolution of her distinct voice, a useful tool to command the attention and respect of others. An honest portrayal of her awkward vocal transition includes a scene where she test runs her lower register with an investor who mistakes her voice for an allergy symptom. Regardless, Holmes, powered by green juice, is able to dazzle business partners, striking a deal with Walgreens executives in the aptly titled episode four, “Old White Men.” 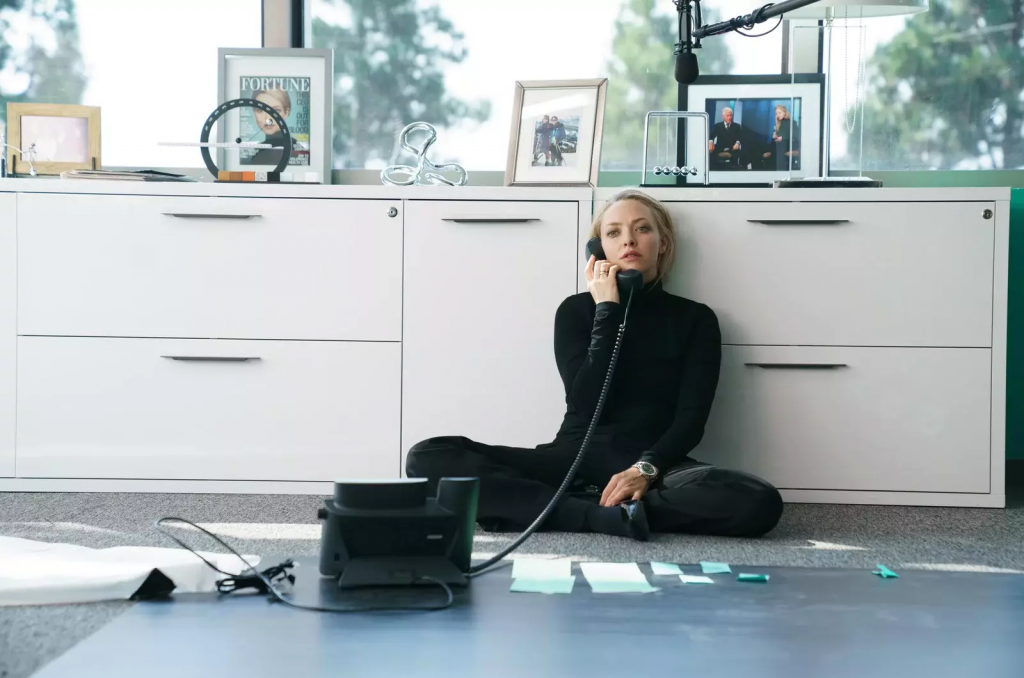 “The Dropout” shows that despite her girlboss suave, Holmes fostered a culture of fear. Ian Gibbons (Stephen Fry), the head chemist of Theranos, advised her to pull the Edison out of stores because of its fallibility. She dismissed his plea and Gibbons later killed himself the night before he was to testify about the validity of the company’s technology. Holmes remained unfazed and rather relieved at the news of his death.

Viewers watch her eventual return to Stanford as a guest interviewee who admonishes an unnamed Gardner for her weak feminism. Holmes’ illusion of feminism roped in employees like Erika Cheung (Camryn Mi-young Kim). These moments encapsulated the toxic feminism I have witnessed, where the sole identity of being a “woman” warrants shielding from valid criticism. Rather than making Theranos an equitable workplace, Holmes allowed superiors to intimidate Cheung after she questioned the company’s ethics.

The superficial sisterhood pushes Cheung to be a whistleblower alongside Tyler Shultz (Dylan Minnette), the grandson of George Shultz, a Theranos board member. The two co-workers partner up with investigative journalist John Carreyrou (Ebon Moss-Bachrach) to reveal the company’s deceitful actions, which include diluting blood samples to be tested on machines besides Edisons.

“The Dropout” reminds viewers of Holmes’ impact on the perception of female leaders in STEM. The epilogue in episode eight shares that the Theranos scandal affected female entrepreneurs’ ability to find investors in Silicon Valley: in 2019, female-founded start-ups represented 5.2% of all the venture capital funding. The series and its real-life story encapsulate the complexities of girlbossing. Being a female leader in a male-dominated industry should not be a hall pass for bullying and lying to employees and consumers. Women like Holmes push themselves to play dirty like their male CEO counterparts but face double the consequences. The series excels in its fair, at times comedic, portrayal of Holmes while meditating upon the grim ramifications of her actions.