History Remains Relevant in ‘The Crucible’ 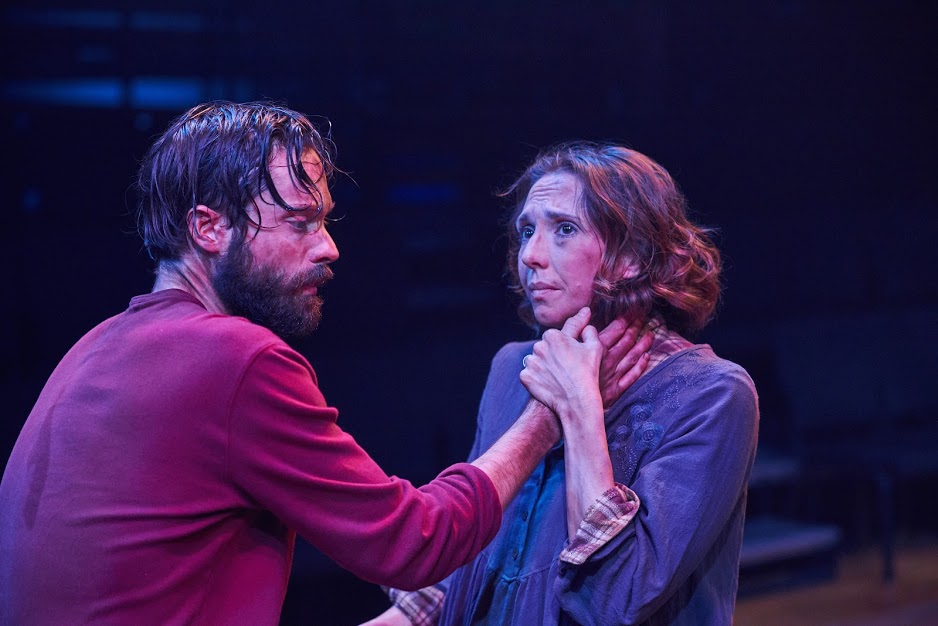 Imagine every word you utter can be used to threaten your life. The Crucible transports us back in time to colonial Massachusetts during the 1692 Salem witch trials, where at any moment you might be accused of dealing with the devil, and sentenced to death.

Arthur Miller’s renowned play opened on Broadway in 1953, and is running Jan. 21 through Feb. 19 at Actor’s Express Theatre Company in Atlanta.

The Crucible tells the tale of a group of young girls who claim to be possessed by the devil, and accuse various townspeople of working alongside him. As the Devil’s presence threatens the town’s Christian values, people accuse one another in hopes of finding a solution; however, this chaos only inspires false alibis and accusations based on lies.

The play is a thrilling political commentary with an addictively complex plot that demands audience engagement. Once the ins and outs of act one are pieced together during intermission, don’t worry — there is more confusion to come.

What makes Director Freddie Ashley’s production especially engaging is the traverse stage, which brings the audience close enough to see the actors’ spit fly. Since the plot revolves around items as small as a needle to unravel mysteries, sitting a few feet away from the actors makes the complexity more comprehensible.

The high-stakes plot carries the play forward, while the acting hinders the work. John Proctor’s (Jonathan Horne) dopey personality in Act 1 transformed into an almost entirely different character in Act 2, exuding a sudden confidence that matched the play’s growing suspense. Abigail Williams (Shelli Delgado) never quite convinced me of her bewitching powers. When she wasn’t the center of attention she seemed approachable and friendly, a direct contrast to her supposedly vile character. Ann Putnam (Mary Saville) overacted, detracting from her believability. Although the principal actors aimed for a gripping performance, they weren’t quite there.

However, the actors in smaller roles really shone. Hathorne (Luis R. Hernandez) commanded the stage with perfect delivery and convincing authority. The same can be said for Giles Corey (Rial Ellsworth) who played a crowd-pleasing role, inducing laughter in increasingly menacing situations. Unfortunately, certain shrieking, jittery girls unrightfully detracted from the plot as they rolled around onstage in a poorly-portrayed satanic possession.

The audience is boxed into their seats on all four sides with Pamela Hickey’s set design of uneven wooden walls. Joseph Monaghan III’s eerie lighting and heavy fog spill through tree branches, the ceiling windows and cracks in the wood to illuminate the scenes. The stage is bathed in red to indicate witchcraft and blue during the town’s discussions on how to rid themselves of this evil force. A more intricate set design would have benefited the metaphysical moments; even something as simple as a small fan’s breeze could contribute to the supernatural forces’ believability. Overall, though, the rapid scene changes, lighting tricks, and short but effective music allow the show to gain momentum.

Coinciding with this production, Actor’s Express is embracing a national theater movement known as the Ghostlight project — a commitment to diversity onstage. The cast exemplifies this mission, depicting a historically white event with a racially diverse cast.

As the director emphasized, Actor’s Express offers a safe space, opening the day after Trump’s inauguration. The play fittingly addresses oppression, injustice and the importance of doing what is right, even when doing wrong would be the easy way out.