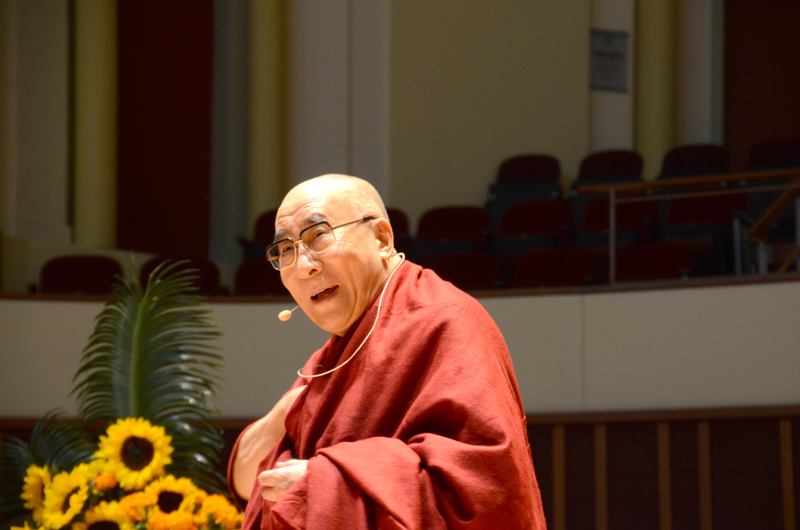 Ever since my senior year of high school, I have spent the majority of my free time pondering the notion of happiness. I have wondered why some people are happier than others, why people who truly deserve to be happy aren’t, and how much we have control over our own happiness.
However, my curiosity didn’t stop at wondering. I began reading Buddhist texts and exploring the field of Positive Psychology, which seeks to understand human happiness. Everywhere I turned there seemed to be another opinion or philosophy about how happiness works. Eventually I developed my own belief that creating happiness is an idiosyncratic process. Given our vast differences as people, it only made sense to me that each person would need to experience happiness in their own unique way.
My senior year was ticking away and I was spending ever-increasing amounts of time trying to understand and improve my own happiness. It became important to me to document what I learned, so I started a blog chronicling my adventures along the road to happiness. I also began collaborating with a local goal-accomplishment consulting firm in my hometown to help people my own age accomplish their goals. I gave a TED Talk to my school and started lunchtime meditation sessions.
I believed that what I was doing had value – that setting out on the pursuit of happiness was courageous. Unfortunately, I soon found out that my teachers, peers and family thought I was wasting my time. They told me that if I simply chose to be happy I would be. They told me that other people’s happiness wasn’t my responsibility. They told me I should spend my time more wisely.
At first I was flustered. I couldn’t believe that the people whose opinions I valued most thought all the work I was doing was without purpose. Then I became sad that I had wasted so much time. Then I radically chose not to care what other people thought. I truly and deeply believed – and still do – that what I was doing was important. I knew that the thing I could do and wanted to do most was to help others maximize their happiness.
This week at Emory, I was fortunate enough to win a lottery ticket to go hear His Holiness the Dalia Lama’s speech, titled “Transcending Moral Differences.” His passion for what he believed in lit up my face, his words rang in my ears, his kindness inspired me and I became certain that my search for happiness was not in vain.
His Holiness teaches that the purpose of life is to be happy. He believes that at the heart of every human being, regardless of race or religion, is a desire for happiness. He believes that happiness can be broken down into mental and physical components, and while we cannot always control the physical influences on our happiness, we can and must use our minds to promote our happiness.
His Holiness’ recipe for happiness is simpler than one might imagine. First he says that we must believe we have the ability to change our own happiness. Then we must identify the impediments to our happiness and work to remove them. He instructs that we should spend our most serious efforts bringing about mental peace by way of practicing love and compassion. “The need for love lies at the very foundation of human existence…it results from the interdependence we all share with one another,” His Holiness says.
Why does the Dalai Lama teach that happiness is the purpose of life? Because he believes that individual happiness creates a happy family, a happy community and ultimately a happy world.
Thank you Your Holiness, for assuring me that my quest for happiness is worthwhile. From now on, when I’m asked why I believe happiness is so important, I’ll be able to say, “Because the Dalai Lama told me so.”
–By Sydney Jean Gottfried
Photo by Michael Fier