Hired but not promoted: The struggles of women in academia 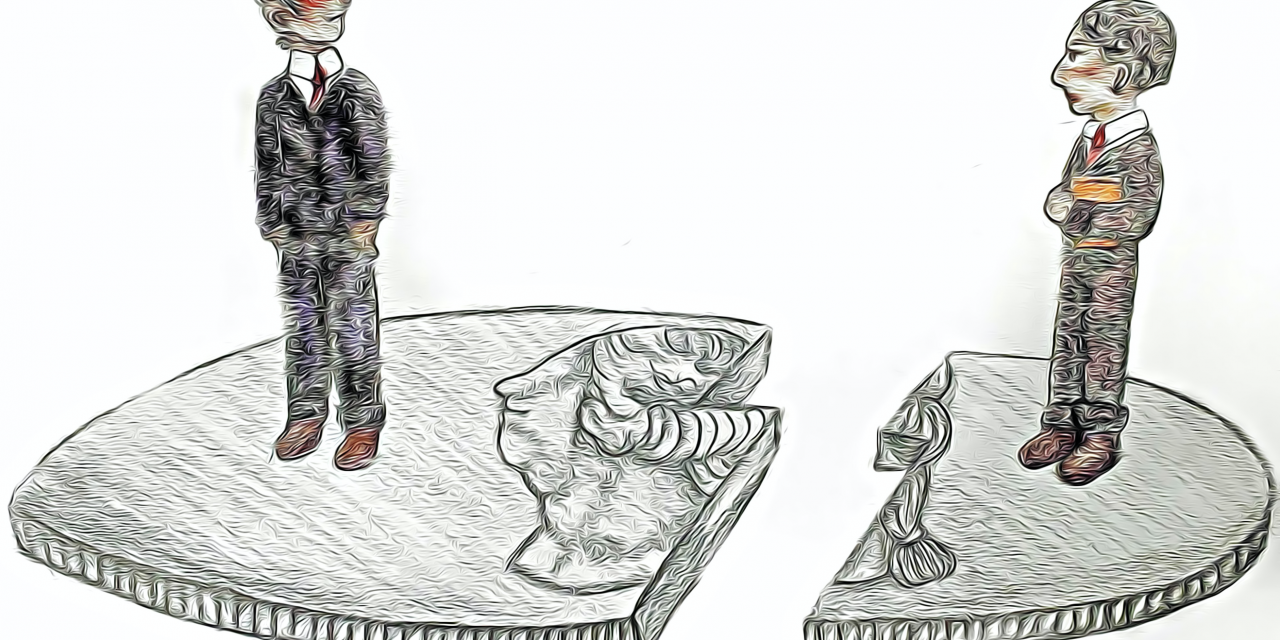 According to the latest available data from the National Center for Education Statistics (NCES), Emory employed 501 tenured male professors, across ranks, but only 241 tenured female professors, in 2020-21. So, in a room of 100 tenured professors at Emory, on average, about 68 would be men and 32 would be women.

Women of color would comprise a very minimal portion of this room. While as of the 241 tenured female professors, just 34 are Asian, 17 are Black or African American and five are Hispanic or Latina.

“Those numbers are not based on people’s inability,” Chief Diversity Officer Carol Henderson said. “It’s based on a system that does not recognize their gifts and their talents.” 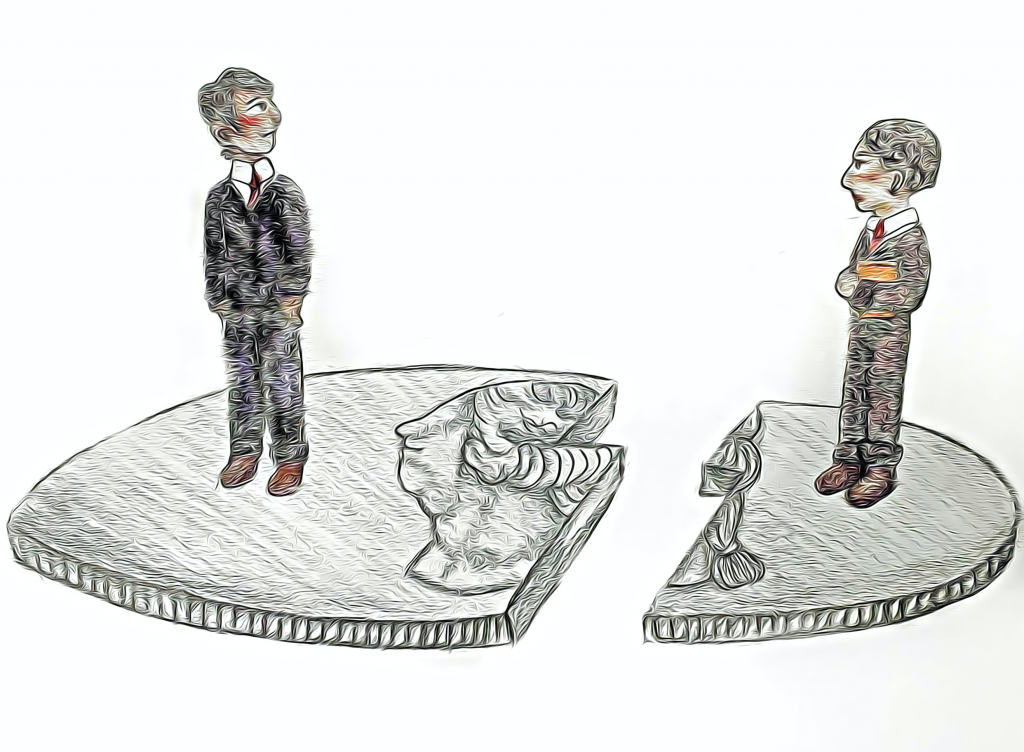 Women’s representation in academia “starts with the rules of engagement in the classroom,” Henderson said. “Think of how a second grade young lady is treated in a science class. Is she called on? Do people say she’s smart? If she makes a mistake, is she ridiculed?”

Women are increasingly finding other industries to work in, especially in labs and pharmaceutical groups, as there are expanding employment options outside of academia for “talented individuals who have that particular skill set,” Henderson said.

Paralleling women’s underrepresentation in tenured positions at Emory, women are also paid less than their male counterparts. Not controlling for rank or tenure status, the average salary for male professors at Emory in the 2020-21 academic year was $143,738 but $117,872 for female professors, NCES reports. That equates to women earning 82 cents to the men’s dollar.

When asked whether she is aware of the persisting gender wage gap at Emory and in academia, Henderson — who previously served as a professor of English and Black African studies as well as the vice provost for diversity at the University of Delaware — replied: “Having been a female professor, and I did that for over two decades before I came into this role, yes.”

Like professors, Emory administration is not blind to the wage gap, and they are working to resolve it, Executive Associate Dean Carla Freeman said.

“Every level at Emory, starting from the president, the provost, across every single dean, our leadership is intent to address … the issue of gender disparities in salaries,” Freeman said.

Moving up the ranks

Being a tenured professor is considered the highest position a faculty member could have in terms of tenure status and professor rank. NCES data also uses this standard. According to Emory’s Gray Book, which governs faculty relations, only professors, associate professors, assistant professors or instructors can be on the tenure track, while there are many more titles that cannot qualify for tenure track status.

In order to achieve the status of an associate professor or full professor, one must be appointed or promoted. The Gray Book defines an associate professor as someone who has shown “meritorious scholarship, creative inquiry, and outstanding teaching.” A professor must be a nationally or internationally established scholar who is “among the most distinctive and recognized voices in their disciplines, consistently examining and addressing their fields’ most pressing questions.”

Again, women of color would be represented in this room as 105 of Emory’s tenured female full professors are white, but just 20 are Asian, nine are Black or African American and one is Hispanic or Latina.

According to Henderson, higher education was formed with one group in mind — white males — and that has not changed.

“Just because we have diversity initiatives does not mean the structure is making room willingly for that change,” Henderson said. “I see great advantages that have occurred based on different movements … and the academy, whether it wants to or not, has yielded, if only so slightly, to those demands.”

The tendency for the gender gap in academic positions to be greater as one goes up the ranks from assistant to associate to full professor is not specific to Emory or academia as an industry, Associate Professor of Organization & Management Melissa Williams said. Academia is unique because professors are expected to help the University run, aside from their teaching and research responsibilities. This includes services responsibilities, like Williams’ term serving on the Honor Council, or serving on the hiring committee for a new faculty member.

Williams noted that service responsibilities are mostly offered at “the middle level of the academic hierarchy — the associate level — after a professor gets tenure,” which is normally six or seven years into their career.

“The data suggests that women end up being asked to do more of the service responsibilities, or they are more likely to accept it,” Williams said.

Joya Misra (94G), professor of sociology and public policy at the University of Massachusetts Amherst echoed these sentiments. She stated that while the promotion from assistant professor to associate professor, and the likely accompanying tenure status, happens on a timeline, the move between associate professor and full professor is where women really get stuck as that promotion is not bounded by a timeline. She added that research indicates that these service requests don’t just come from their supervisors, but also their colleagues and students.

“Women get something like 3.5 times more requests for doing things,” Misra said. “Even if they say no at the same rate that men do, because they’re getting so many more requests, they’re still trapped into doing more of this work that doesn’t count for promotion.”

These expectations relate to gendered assumptions that women are supposed to be taking care of other people while male professors in the same position are perceived as preoccupied with “real work,” Misra explained.

Although service tasks are important, Williams said these responsibilities are time-consuming and “may not be the most valued” when it comes to the next level of promotion — full professorship — resulting in women staying at the associate rank for longer than their male counterparts. This phenomenon aligns with a broader notion where women are “assumed to be more helpful” and therefore tasked with housekeeping tasks like planning an office birthday party.

Ultimately, women get hired, but not necessarily promoted, Misra said.

Falling behind in salary parity

NCES does not provide a race-based salary breakdown for professors at Emory. However, a 2017 article from the Harvard Kennedy School’s (Mass.) “The Journalist’s Resource” reports that white and male faculty members at public universities tend to be compensated more than their female and minority counterparts. However, the gender-based wage disparity is greater than the race-based wage gap.

Male and female assistant professor compensation averages were more equitable, with men earning an average of $99,243 and women an average of $97,944, producing just a 0.66 percentage point difference.

Given female underrepresentation in higher professorship ranks, however, there is a larger gulf between the average male and female salary when combining all ranks.

The average male earnings were $143,738 while females were compensated $117,872, a 9.88 percentage point difference in average earnings.

“I think people want to find sinister reasons for it,” Henderson said. “I don’t operate that way to think that someone deliberately pays someone less based on their gender, but they may. But I don’t know. I’m not at the bargaining table.”

Some universities, such as the University of Massachusetts Amherst, do not have a gender pay gap in wages when controlling for field and rank. The equal pay is attributable to unionized faculty members as well as a Massachuesetts law mandating all workplaces explain any gender wage gaps, Misra noted. Consequently, UMass “has gotten very interested in making sure we don’t develop any gender gaps,” Misra said.

However, there are still avenues at the institutional level that allow for a greater proportion of men to receive higher compensation.

Fields that tend to be male-dominated, such as computer science or business management, often pay better, Misra said. As fields become more gender-integrated, however, the average wages in the field go down. Misra explained this phenomenon as like walking up a downward escalator.

“Women know that the positions men are in pay better,” Misra said. “As they move into the occupations in order for them to be paid better, the wages go down for women … and for men.”

Though in cases where female professors do experience lesser compensation than their male counterparts, such as at Emory, Misra and Williams explained that this could originate during the contract negotiation phase.

Williams noted that research suggests that there are social penalties for women who push hard in negotiations, including whether they’re seen as a team player or are liked by others. As a result, women don’t request a higher salary as much as men and are less aggressive in their initial salary request when they start a new position to avoid social consequences.

Henderson added that gender-based discrepancies in negotiation expectations have a harmful long-term impact. When a professor does not negotiate when they join a university’s staff as an assistant professor, every pay raise they get throughout their time at that university will thereby be impacted.

“The historical legacy of gender disparities in salaries cuts across every industry, including the academy, and is rooted in several patterns — really objectionable patterns — from the outdated notion that women are not ‘breadwinners’ to different styles and experience in salary negotiation,” Freeman said.

Although not specific to Emory, Williams explained that a common way to get a salary increase as a professor is to get an offer with a higher salary from another university. The faculty member can then go back to the dean or university leadership and request them to match that offer. But women often face a hindered ability to take advantage of this technique.

More so than other industries, taking a new job in academia often requires a geographic move, but men have historically been in a better position to relocate than women. Female professors are more likely to be married to fellow male academics who would find moving difficult, Williams said.

“Men may have a wife who is more flexible in terms of her employment or who isn’t working at the moment, and that leaves them the eligibility to say, ‘I’m going to keep my options open and look around for other possibilities,” Williams said. “When that happens, even if they stay in their current position, they can use that other salary as leverage.”

Women also tend to compare themselves to other women when they’re considering whether an offer they receive is good or competitive, Williams said.

“Our natural instinct is to compare our offers with colleagues that we know, and those tend to be same gender colleagues,” Williams said. “It would be easy to never find out that you’re being offered less than somebody else who’s a different gender than you are.”

While Williams added that the increased rate of women becoming CEOs, politicians and holding other prominent positions may cause general society to think that the nation’s gender wage gap has improved in recent years, Williams noted that when looking at it as a whole, the gender wage gap is not decreasing very much. In fact, some indicators show it stabilizing.

Understanding this history, as a feminist scholar and academic leader, Freeman said she’s committed to remedying unfair wage disparities where they exist. Recently, Emory administration has done “thorough salary reviews to try to adjust for sometimes long-standing patterns of … inequity.”

“Just like the nation where women are paid less, pay equity is something we are working on and keeping our eye on here at Emory,” Henderson said.