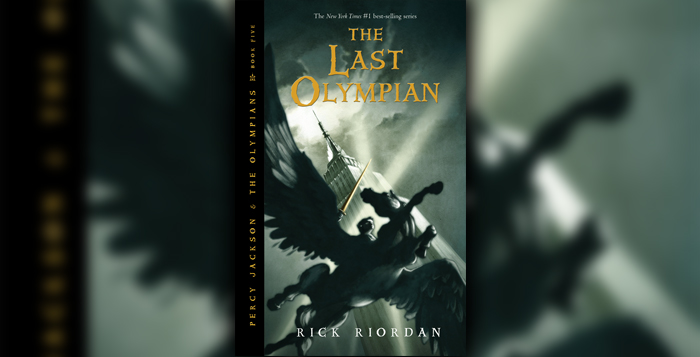 John Green once said “Sometimes, you read a book, and it fills you with this weird evangelical zeal, and you become convinced that the shattered world will never be put back together unless and until all living humans read the book.”

As a bibliophile, I’ve come across many books and characters that have left me thinking about them long after I’ve turned the last page. But one stands out as having changed my life more than the others.

He is not a bespectacled magician or a hobbit-sized explorer (though they too were important parts of my childhood), rather a teenager with ADHD and dyslexia who is just trying to survive in a world that seems determined to tear him down. He is Percy Jackson.

With the release of the final book in the Percy Jackson saga, Rick Riordan’s The Blood of Olympus, fans of the series – many of whom have grown up with the characters – find themselves saying a bittersweet goodbye.

As with any story, the characters have become wiser with age, losing the naivetÃ© that led them astray in the earlier books. However, some things, like Percy’s unwavering loyalty to his family and friends or Annabeth’s dedication to achieving her dream of becoming an architect, have remained consistent. This has reminded me, and many more readers, that while we all grow up, there are parts of us that play such a large role in who we are that not even time can change them. And much like it was the end of an era when the world saw Harry Potter sending his children off to Hogwarts from Platform 9 3/4, reading about Percy’s last adventure to save the world is like saying goodbye to the best friend we have all had.

When readers first met Percy in The Lightning Thief, he was a reluctant hero who had been thrust from one uncomfortable situation to another. He went from dealing with school and his mother’s abusive relationship with his stepfather at home to watching his mother “die” before collapsing himself, literally, at a camp for the children of Greek gods. But before Percy could adjust to his new life, he was accused of stealing Zeus’ master thunderbolt, setting off a series of events that goes on to span 10 books and almost eight years.

But for a generation of readers, following the Percy Jackson and the Olympians series and the later The Heroes of Olympus series (a spin-off series featuring both new and old characters and locations), has been more than just understanding Percy’s struggles.

It’s been discovering a community that celebrates the flaws that make each person unique. The titular character suffers from ADHD and dyslexia, and his best friends struggle with their own problems; abandonment, pride, jealousy and sexuality. Riordan manages to effortlessly infuse the problems that children and teenagers grow up with, while still maintaining the lighthearted tone that has become a trademark of the series.

Discovering the series as a middle-schooler who felt out of place in a big school, I could relate to Percy’s struggles with identity. He was shunned by teachers for being the troublemaker and by his peers for being different.

The culmination of Percy’s journey from an awkward pre-teen to a hero that saves the world (twice) reminds me of the journey that I took from being an awkward Indian transplant in America to having a close group of friends and finding my passions in the classroom and outside.

Though I never had to fight Minotaurs or manipulative gods, I had my share of bullies and exasperated teachers who couldn’t understand why I wasn’t exactly like them.

And though it is a clichÃ©, I know I would not be the person I am today without this series.

Not only did the story give me someone to whom I could relate; it also gave me the opportunity to discover a new passion: mythology.

Reading about the interesting mythological personalities that Percy and his friends encountered in their journeys, from the famous Olympian gods to the lesser known deities and monsters, I became intrigued at the universe the ancients created to explain the world around them.

I began searching out new tales of myths, Greek and otherwise, to try to understand the ideas and perspectives that went on to shape modern society and cultures.

So I say farewell to the characters that have seen me through the last eight years, but I know that they will never be truly gone.

A piece of the story will always live with me, and whenever I feel nostalgic, Percy and his adventures will always be only a bookshelf away. 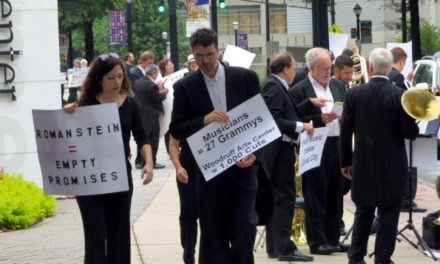 A New Chapter for ‘A Wrinkle in Time’