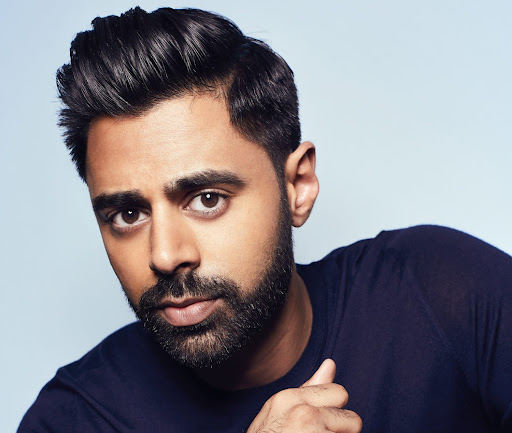 As the crowd trickled in, my friends and I instantly felt humbled after splurging for seats only to find ourselves crammed right in the very back of the theater. Yet even with thousands of people in the audience, Hasan Minhaj has the ability to feel like an old friend. And we instantly felt comfortable when he pranced onto the stage, cheering to “his people” in the back.

Minhaj’s one-man comedy show “The King’s Jester” showcased at the Fox Theatre Feb. 20. Four years after his hit Netflix special “Homecoming King” captivated global audiences, Minhaj enraptured the crowd with a completely new show that spotlighted tales of fertility and fatherhood. A giant egg-like backdrop hung above the stage, changing colors to reflect the tone of each joke and displaying pictures to go along with the show. As the show began, the background captured Minhaj’s infectious energy and set the tone for a night of introspective, relatable humor.

“The King’s Jester” expanded on previous jokes and stories the audience knew and loved, while showcasing Minhaj’s ability to use humor and comedy to provide social commentary. Telling the story of the first joke he ever landed, Minhaj masterfully brought the audience to tears as he mocked Eric, an undercover cop who infiltrated his community and mosque. Still, his story, as most of his sets do, was meant to raise awareness about the extreme violence and policing toward Muslim individuals in the aftermath of 9/11.

Minhaj has seamlessly perfected the art of bringing the crowd to an uproar for the high moments, and settling the audience down to leave them with a more serious, lasting message. A particularly poignant example was Minhaj’s explanation of his brash criticisms that, while meaningful, have at times put his family at risk. Minhaj referenced his prior criticism of Jared Kushner for not leveraging his connections to free a Saudi activist. Still, as Minhaj has grappled with the line between satire and ethics throughout his career, he noted that after a close-call incident with his daughter, he’d realized that his family was the only line that he wouldn’t cross for a joke. His family was the heart of this show, and no matter the joke or story, he ultimately connected it back to his encompassing love for his wife and children.

Unlike his Netflix specials, the experience of seeing Minhaj in person brought an unexpected physicality to his set. Bugging his eyes out and waving his arms around, Minhaj was eloquent in his ridiculousness. It’s bewildering how one man can take a giant stage with a meager lone stool and use the full space in a way that felt natural. Whether cackling into his mic over his massive following or sobbing on the floor to round out a joke, Minhaj’s physical cues added just as much to the joke as his words.

For longtime fans of Minhaj, his regular references to old stories and jokes grounded the night in a heartfelt tone. His digs on how it took him two decades to propose to his wife in an Applebee’s will hit harder for fans who know “Homecoming King” by heart, and his references to his analytic news show “Patriot Act” rounded out the night. Unlike his previous Netflix specials, Minhaj took a more raw, personal approach with “The King’s Jester,” telling us stories about worries of fertility and problems with his family that he hadn’t spoken about on before. Still, the audience was left with a happy ending as we got to hear more about his two kids and life with his family.

Minhaj’s jokes were geared toward a South Asian crowd, and it showed in the audience response. Only a South Asian audience would erupt in cheers when Minhaj paused before revealing he’d brought his daughter to the Scholastic Book Fair, or understand the snide comments when he noted his wife “cares a lot about family … She’s a Patel.” The sense of unity and camaraderie in the crowd was unmatched.

All in all, Minhaj’s performance far exceeded my expectations. When the cards fall in his hands, Minhaj never fails to turn an everyday story into a lifelong lesson.