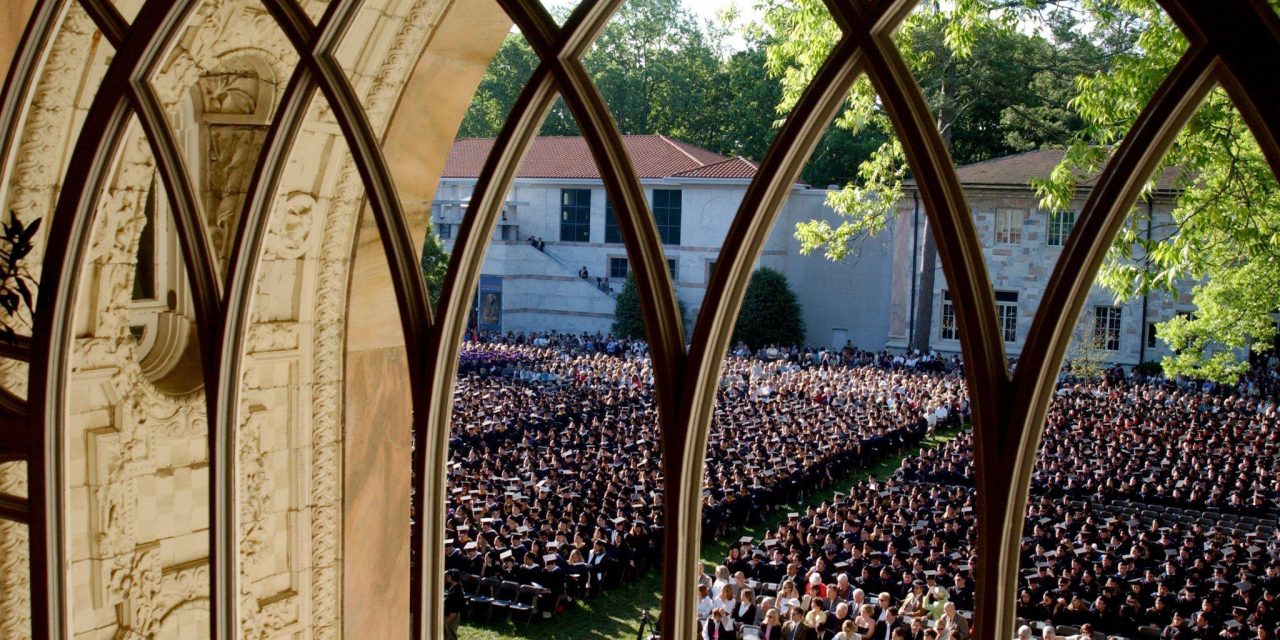 As COVID-19 ravages the country, the U.S. has faced a significant surge in unemployment — dismal prospects that have inevitably impacted the lives of many Emory seniors. But this isn’t the first time newly graduated students have had to brace a recession.

While the Class of 2020 navigates a volatile workforce, a few members of Emory’s Class of 2008 shared life advice on how to best approach a bitterly restrained job market, and how to grow from it. 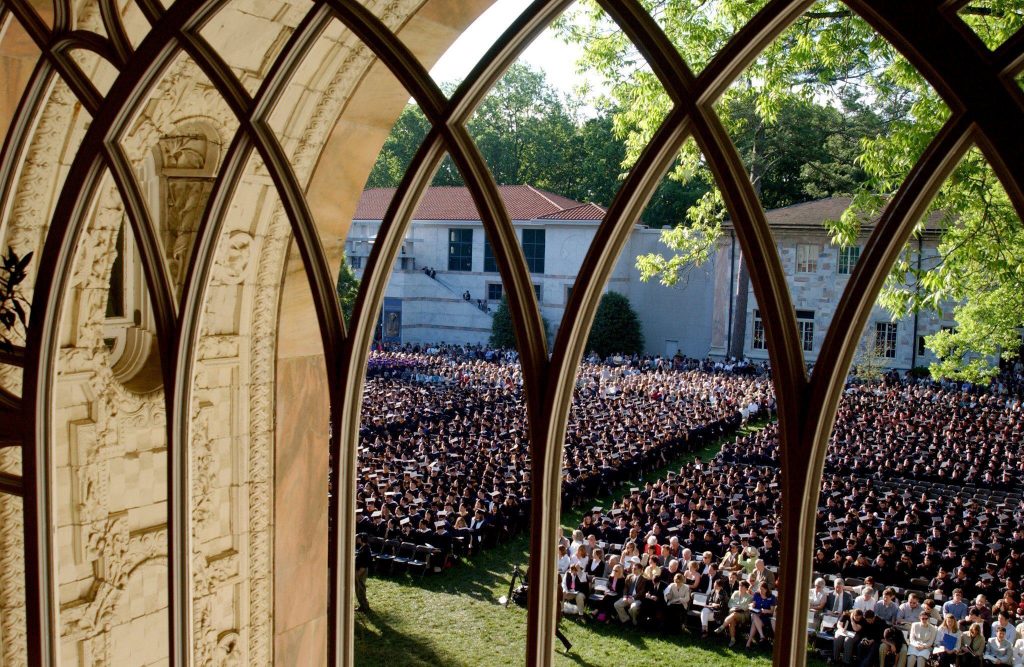 Nearly 2,000 Emory seniors graduated in the midst of a recession. Over a decade later, Emory’s Class of 2008 has some words of wisdom for the graduating class./Courtesy of Emory Photo

From working as ski instructors to enrolling in clinical studies, many 2008 Emory graduates pursued unconventional paths to brave the 2008 recession.

In 2008, environmental sciences and American history double major Lindsey Kornfeld (08C) was a spring intern at Delta Airlines in Atlanta when employment started to plummet. In January, Kornfeld recalled her friends discussing the recession’s impact on the company.

“People had started talking about how they would have to freeze hiring and lay off certain workers,” Kornfeld said. “All this while I’m an intern there who is ready to graduate and is looking forward to a full-time role.”

Kornfeld said she attempted to remain at Delta Airlines, and was even able to extend her internship until the end of the year. However, she noted that employers were looking for workers with five to 10 years of experience.

“In a recession, why would they hire a college graduate?” Kornfeld remembered thinking. 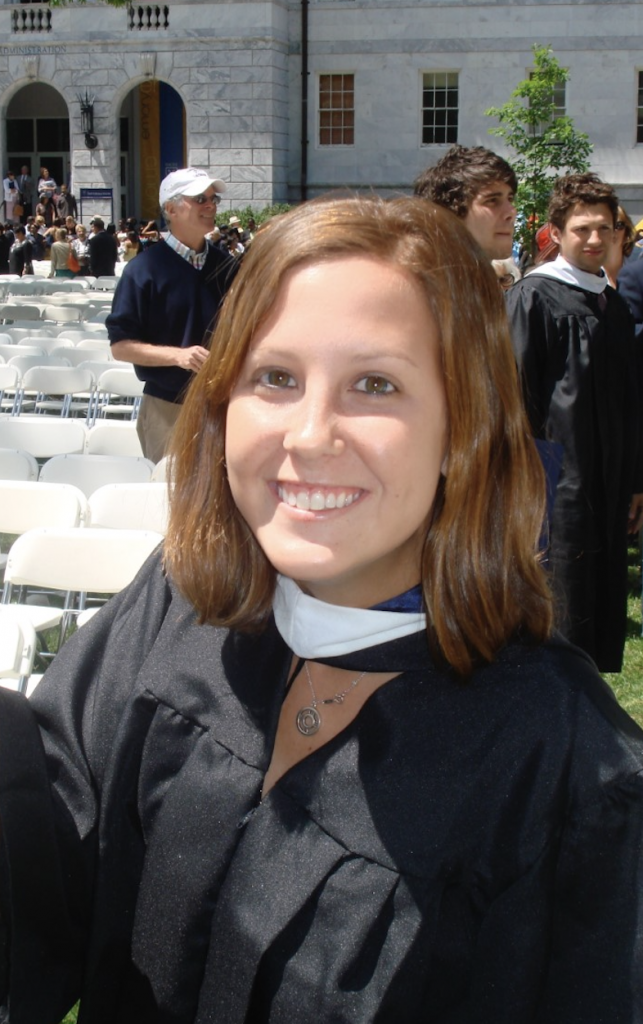 “I struggled to make ends meet as an instructor and having two jobs was the only way I could hold it all together,” Kornfeld said. “It really is frustrating when you have two degrees from a reputed school but are forced to work two jobs.”

Kornfeld continued to look for jobs in her field throughout 2009 and 2010, and noted that her friends attending professional schools were able to evade the many negative effects of the recession. After about 18 months of searching for a job, she felt discouraged.

“Somewhere deep down, I started to feel that it was far too past and one day, I just stopped looking,” Kornfeld said.

In 2011, she decided to pursue a master’s degree in educational leadership at Colorado State University as a part-time graduate student so she could continue working while studying. Today, Kornfeld teaches history at the high school she attended in Colorado. Though her path was far from what she originally intended, Kornfeld’s second major at Emory, American history, actually came in handy.

“I think I wound up where I was supposed to be but this honestly wasn’t the vision I or my family had,” Kornfeld admitted. “It was hard on not just me, but all of us.”

Despite the difficulty, Kornfeld was able to use all the skills she had learned at Emory and through her two jobs.

Kornfield wasn’t the only Emory grad to traverse such economic upheaval.

English and economics double major Seth Kramer (06Ox, 08C) planned to work for his grandfather’s real estate company in Florida. But when the recession struck, his family’s company battled bankruptcy. Kramer found himself uncertain of his future as a senior in his final semester.

“I just realized sometime around the second half of my senior year that the family business I was very comfortably going to go into was largely non-existent,” Kramer said.

It was at an Emory career fair that Kramer received an interview that ultimately led to a job offer at a trading firm in New York City. In August 2008, Kramer moved to begin his position. Though he acknowledged the difficulty of starting a job at a trading firm during an economic recession, Kramer noted that the experience was ultimately very helpful.

“It’s very similar to how you would look at a junior doctor treating COVID-19 patients five years from now,” Kramer said. “If you survive the worst time in an industry at your youngest, it not only is a great learning experience for you but also gives people the impression that you can successfully work during hardship and survive.”

Kramer believes that starting one’s career during an economic downturn has some long-lasting impacts. He claims it has made him more apprehensive about the economy as a whole and consequently, a conservative spender.

“I will always carry that notion that the economy can just drop at any given time, so obviously that has made me conservative in terms of how I spend my money,” Kramer said. “You just can’t forget what you saw around you and what you went through.”

For some, the recession meant that their Emory experience was not over yet.

French and music double major Ashley Freeman (08C, 18B) didn’t realize she was graduating right into a recession until the day of graduation. 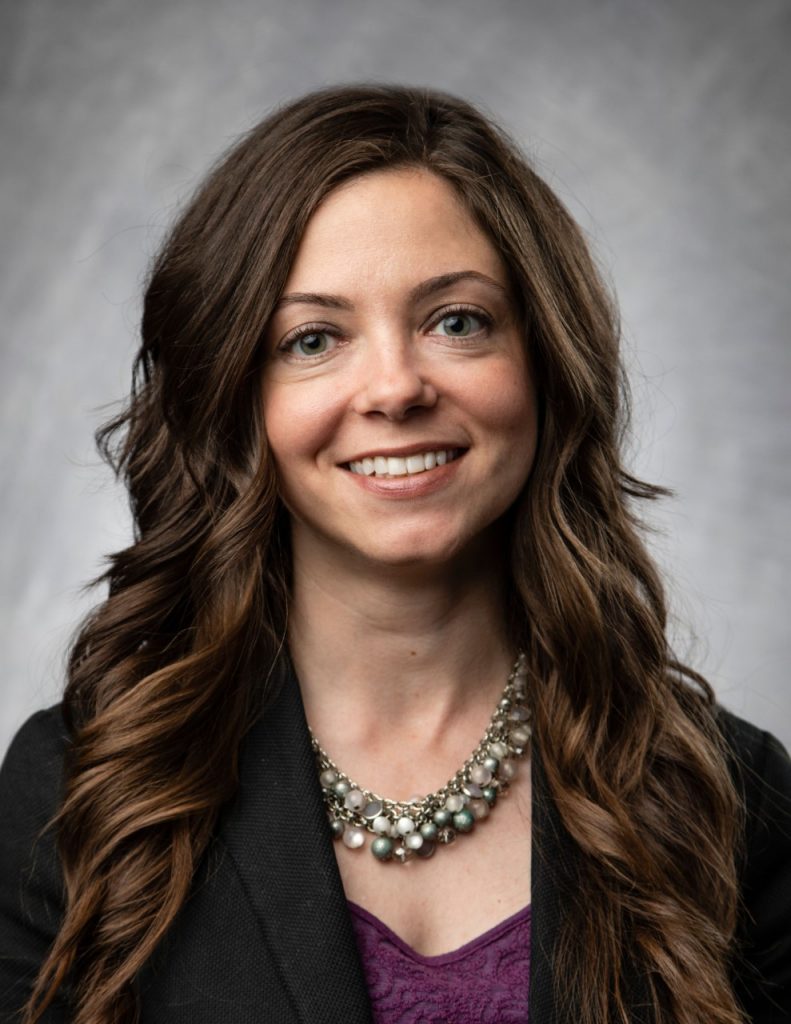 Due to the recession, Ashley Freeman (08C, 18B) decided to pursue a master’s in business administration at Goizeuta Business School earlier than she originally planned./Courtesy of Ashley Freeman

During commencement, Freeman took an entrance exam for a certification program in French translation and interpretation at Georgia State University. Due to a lack of sufficient participants for the program, the program was canceled. She then enrolled to participate in clinical trials at the same clinic where she had gotten a part-time administrative job.

Freeman believes the impact of the recession on her life has been largely positive, except for the fact that her starting salary was low. In 2011, Freeman enrolled to take evening classes at Goizueta Business School to receive a master’s in business administration.

“Today, I would have had a lower salary, wouldn’t have been financially responsible nor would I have gotten my master’s that early,” Freeman said. “It’s the recession that played things out differently for me.”

Freeman also created a blog post recounting her experiences and offering advice for the current graduating class. Freeman said that the recession prepared her for other obstacles later in life.

“It was certainly an uncomfortable time but it slowly turned out great,” Freeman said. “I am not going to be afraid the next time a recession hits, which is now.”

Unlike some students, Aditya Rao (08B) was ready and excited to enter the consulting world at Deloitte. When he started hearing from other students on campus that offers were being rescinded as many companies struggled to survive the economic downturn, he became increasingly worried.

Luckily for Rao, jobs in consulting did not take as much of a hit as jobs in finance and marketing. Rao noted he was one of the few exceptions whose offer was not rescinded.

“I think Deloitte refused to rescind any offers that year in an effort to continue the influx of quality talent as they knew this was going to be over someday and also because they didn’t want to sabotage their relationships with various prestigious schools that they recruit from year after year,” Rao said.

He suggested that the Class of 2020 take risks and look at this crisis optimistically —  certain industries will endure larger hits than others, so seniors must be adaptable and create opportunities for themselves by applying to as many diverse jobs as possible.

Rao also recommended that Emory students take advantage of the vast alumni network, as many alumni have more free time to respond to emails and assist undergraduates now more than ever.