‘Good Boys’ Much More than a Good Time 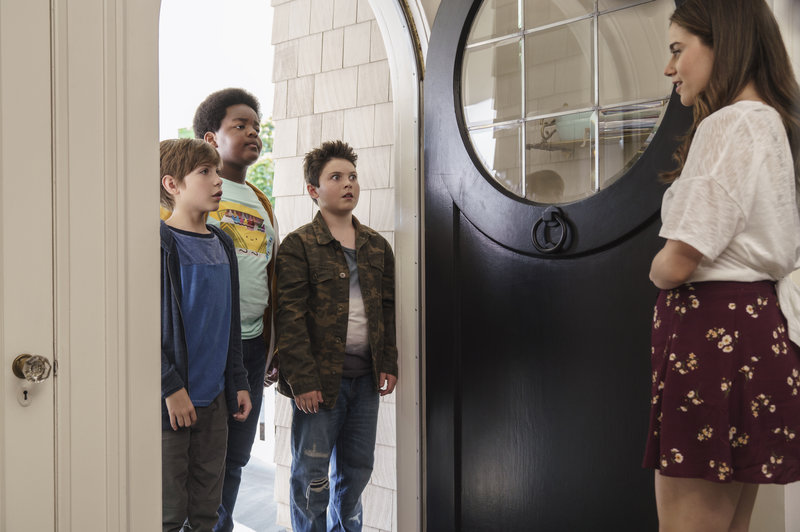 Three sixth graders with mouths too mature for their own good embark on a wild journey to ensure their first “kissing party” goes perfectly in director Gene Stupnitsky’s raunchy R-rated comedy “Good Boys.” Our three protagonists — Max (Jacob Tremblay), Lucas (Keith L. Williams) and Thor (Brady Noon) — each have different middle-school reasons for attending the party. Max hopes to impress his crush and kiss her at the party, while Thor needs to bring alcohol to prove his status among the popular kids. With talented producers and writers like Seth Rogen and Lee Eisenberg (“Pineapple Express,” “Sausage Party” and “Bad Teacher”) behind the film, “Good Boys” was slated to be at least a mildly successful comedic adventure. But with spot-on humor and incredible acting, “Good Boys” exceeds expectations, taking viewers, and the film’s main characters, on a hilarious quest.

The humor in “Good Boys” hits the mark about 95 percent of the time. Most of the jokes and comedic sequences left me and others in the packed theater laughing uncontrollably. Rogen-backed projects never hold back, and “Good Boys” does not disappoint — scenes vary from the children goofing around on sex swings to joking about drugs and even touchy subjects such as divorce. Thankfully, the trio sell this type of humor wonderfully. The comedy relies heavily on these three child actors and their convincing performances, which they pull off by how seriously they treat the silly situations they encounter.

“Good Boys” successfully showcases the wildly different personalities of the three friends and their riveting dynamic. Max, the lead character, is the optimistic, hopeful lover. Lucas, a childish, over-the-top crybaby, acts as a foil to Thor’s tough-guy persona. “Good Boys” works because of the obvious chemistry Tremblay, Williams and Noon have on screen despite their characters’ stark differences. The humor, although outrageous, feels natural and within the bounds of how these boys would behave in real life.

“Good Boys” also features a small cameo from comedian Stephen Merchant, known for his starring role in the television series “Hello Ladies.” Despite his short-lived appearance, Merchant brings his charisma to the screen as his part involves him buying a sex doll from the boys, which later results in a hilarious payoff that leftthe audience roaring.

But beyond the laughs, “Good Boys” is also surprisingly thoughtful with the way it approaches difficult topics. For example, it’s made clear early on to Lucas that his parents are getting a divorce. While this fact is sometimes used to get a laugh, it’s mostly discussed earnestly and with a thought-provoking tone.

With all that said, “Good Boys” suffers a major flaw; many of the best comedies know to use a straightforward plot in order to place greater focus on the characters and the humor. However, “Good Boys” fills its runtime with multiple twists and turns that lead the friends on side quests that become confusing. At one point, when the boys stop at a gas station, I found myself asking, “Wait, why are they here again?” Considering that the movie’s short, 90-minute runtime consists of so many unnecessary twists, I assume that a lot of these were made to help pad the time. This wouldn’t have been so degrading to the overall experience if the writers had better streamlined the plot to avoid additional confusion.

Despite the film’s tangled plot, “Good Boys” is a great comedy whose humor exists on a wide range. With today’s cinemas saturated with cookie-cutter comedies such as the recent “Stuber,” “Good Boys” offers a refreshing break. I recommend seeing this movie with all of your friends, especially in a packed theater, as the film often had our entire auditorium reeling with laughter. “Good Boys” is not just a good time, but a great time.