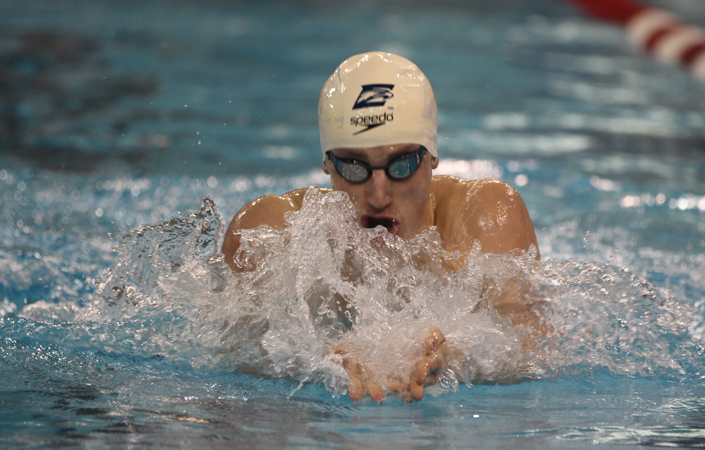 Former Emory University swimmer Andrew Wilson (17C) will return to the U.S. with a new accomplishment following the Tokyo Olympics. Although Wilson wasn’t able to finish with a medal in the individual 100 and 200 breaststroke competitions, he will bring back a gold medal for his contribution to the country’s 4×100-meter men’s medley relay team.

Wilson’s hopes of winning a medal in the 200 breaststroke began in the preliminaries. To advance to the semifinals, Wilson needed to place in the top 16 of 40 swimmers. Swimming in heat four of five, Wilson had a sense of the time he would need to advance.

With a quick start, Wilson finished his first 50 meters in third place out of eight with a time of 29.19 seconds. During the 100 breaststroke finals, Wilson was in last place after the first 50 meters, a stark contrast between his performance for the two races.

Wilson’s next 50 meters were 3.77 seconds slower than his first 50 meters, and he stayed in the middle of the pack at fourth place at the midway mark. In the next 50 meters, Wilson lost ground and fell to sixth place with the slowest time of all swimmers in the third 50-meter segment.

The former Eagle finished the heat in sixth place with a time of 2:09.97. But Wilson’s time was not fast enough, though. He finished in 17th place behind Great Britain’s Ross Murdoch whose time was 0.02 seconds faster than Wilson’s. While Wilson was able to edge out German swimmer Lucas Joachim Matzerath in the semifinals of the 100 breaststroke for the final spot, the tides turned on him in this race.

Wilson’s run in Tokyo was not finished after the individual breaststroke competitions. Wilson swam in the preliminaries of the 4×100-meter mixed medley relay, the first-ever mixed gender relay event in Olympic history. Wilson completed the breaststroke portion of the race, finishing his 100 meters in 59.09 seconds.

Competing with fellow teammates Regan Smith, Tom Shields and Abbey Weitzeil, the quartet finished in 3:41.02 — the second-fastest time of 16 teams — to send the team to the finals. Great Britain finished just over two seconds faster than the U.S. Although Wilson helped Team USA reach the finals, he was not selected to race in the finals, and Team USA finished short of receiving a medal.

On day seven, Wilson swam in the 4×100-meter men’s medley relay preliminaries. The team finished seventh overall and secured the second-to-last spot in the finals. Wilson’s 100 meters were completed in 59.02 seconds to help his team finish in 3:32.29.

The U.S. selected Michael Andrew for the breaststroke portion in place of Wilson in the medal race. Andrew was joined by Ryan Murphy, Caeleb Dressel and Zach Apple who broke the World record with a time of 3:26.78. Great Britain won the silver medal while Italy took home the bronze.

However, Wilson still received a gold medal for helping the team reach the finals in the preliminaries. Wilson walked away having competed in three Olympic events, making it to the finals for the men’s 100 breaststroke. And of course, Wilson is the first Emory Eagle and Division III swimmer to win a gold medal at the Olympic Games, leaving Japan with plenty to celebrate.