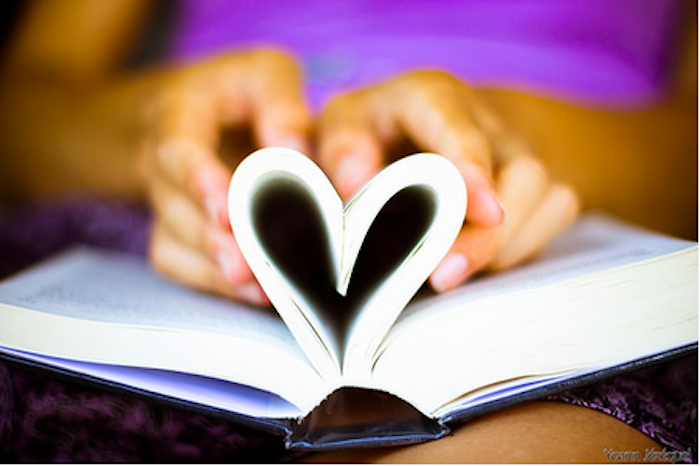 From communication impediments and fears about growing apart, long-distance relationships have taken a severe hit within the last year. Many couples still don’t know when they’ll be able to meet in person again. 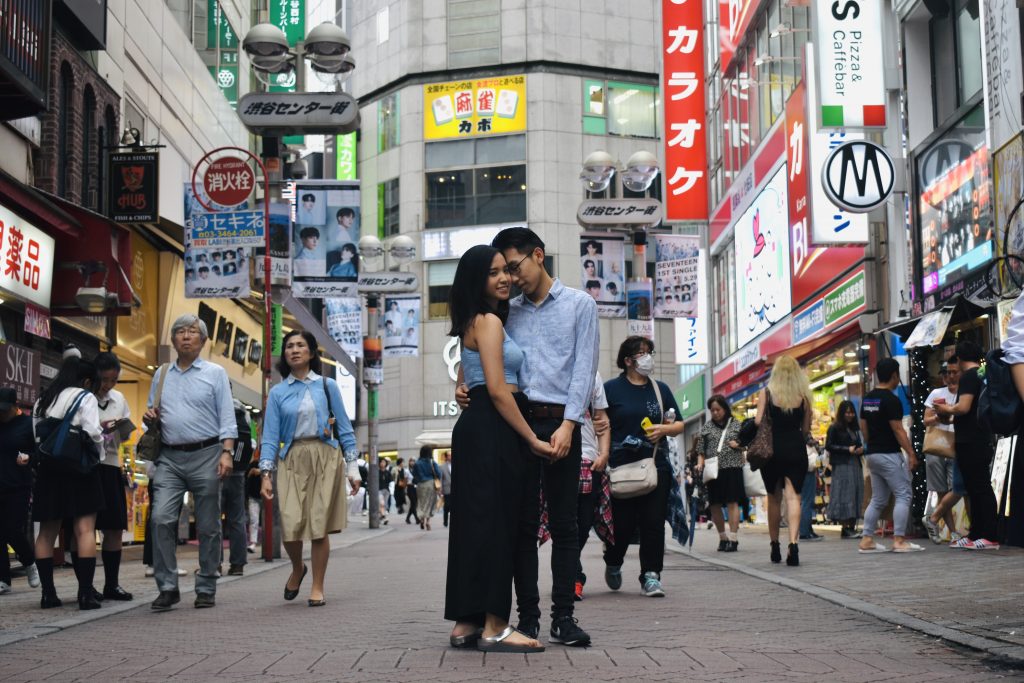 Despite the trials and tribulations, Solomon Kim (24C) has faced the reality of long-distance dating head on. Kim not only attends a different college than his girlfriend, Carina, but also lives on a different continent. They started dating in Japan during their junior year of high school. Now, with a 14-hour time difference between him and Carina, who lives in Japan, coordination is key to maintain contact.

“The most difficult thing is … the uncertainty of not really knowing when you’ll be able to meet in person again with all the complications with student visas, online classes and … coming from Japan to the U.S. to study,” Kim explained.

Kim didn’t fully grasp the difficulties associated with leaving Carina in Japan at first, describing his first semester as “pretty rough” and “very difficult from a mental perspective.”

“We were together for like two years in high school … so we know each other very well and we feel comfortable with each other,” Kim said. “That length of time and the willingness to find time to speak to each other … to catch up on how each day went, I think that’s … crucial.”

Kim noted that in a long-distance relationship, there are two options: “you either break up or you become much more comfortable with each other.” For Kim, the latter proved true. 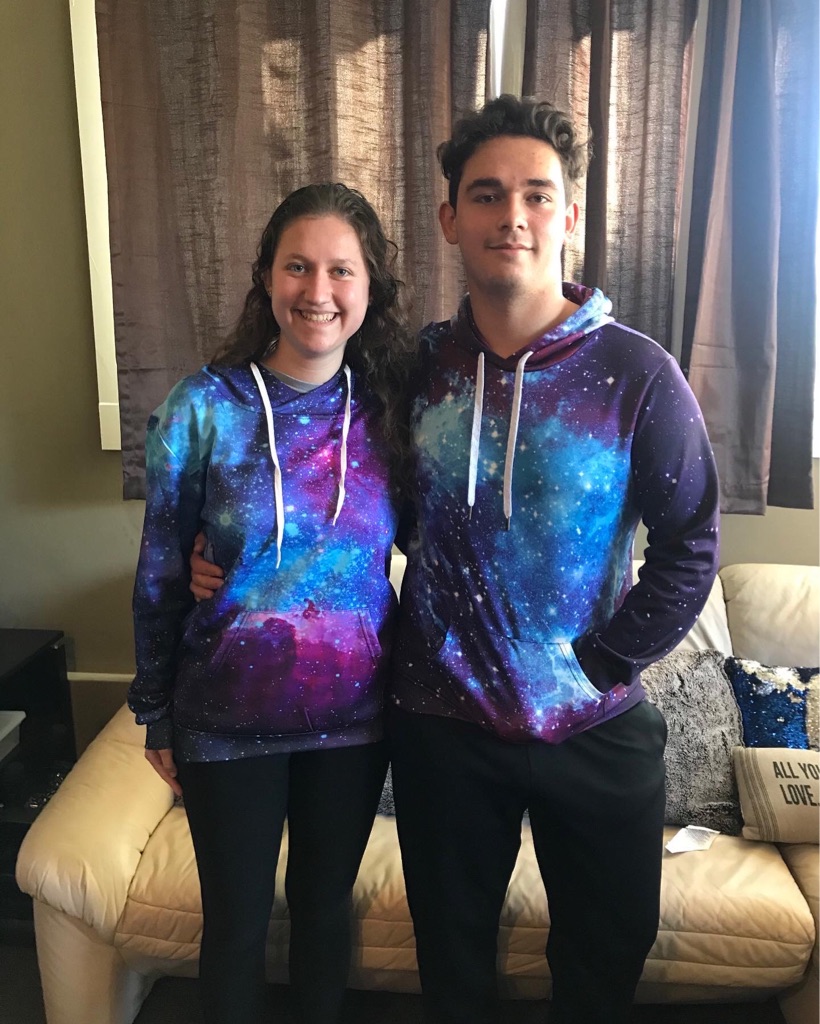 Unlike Kim, Stephanie Stevenson (24C) has never lived in the same city as her boyfriend.

Stevenson met her boyfriend, Michael, at a teen club on a cruise ship in December 2019. After realizing their personalities were very compatible, they exchanged phone numbers and Snapchats.

“He’s unlike any other person I’ve ever met,” Stevenson said. “He’s very romantic, very wholesome and … I don’t know if I could find that with someone nearby. It reminds me that I don’t have to date someone nearby when I can date this amazing person who’s in Texas.”

Stevenson explained that long-distance dating is more challenging in college than in high school, as friends are always in physical contact with significant others.

“It’s a little restrictive in some ways, like I see a lot of my friends here are dating people and I’m in a sorority and I’ve started to meet a bunch of people and it’s just like I can’t really do that,” Stevenson said. “I’ve accepted that I really like this guy and that it’s going to be worth it.”

Despite the difficulties, Stevenson noted that her communication and virtual engagement with Michael is great given that they were always in a long-distance relationship.

“We’re never secretive with each other,” Stevenson said. “We’ve also been able to find a lot of really cool hobbies online, like we’ll play online games together [and] we found some TV shows that we can both connect over. 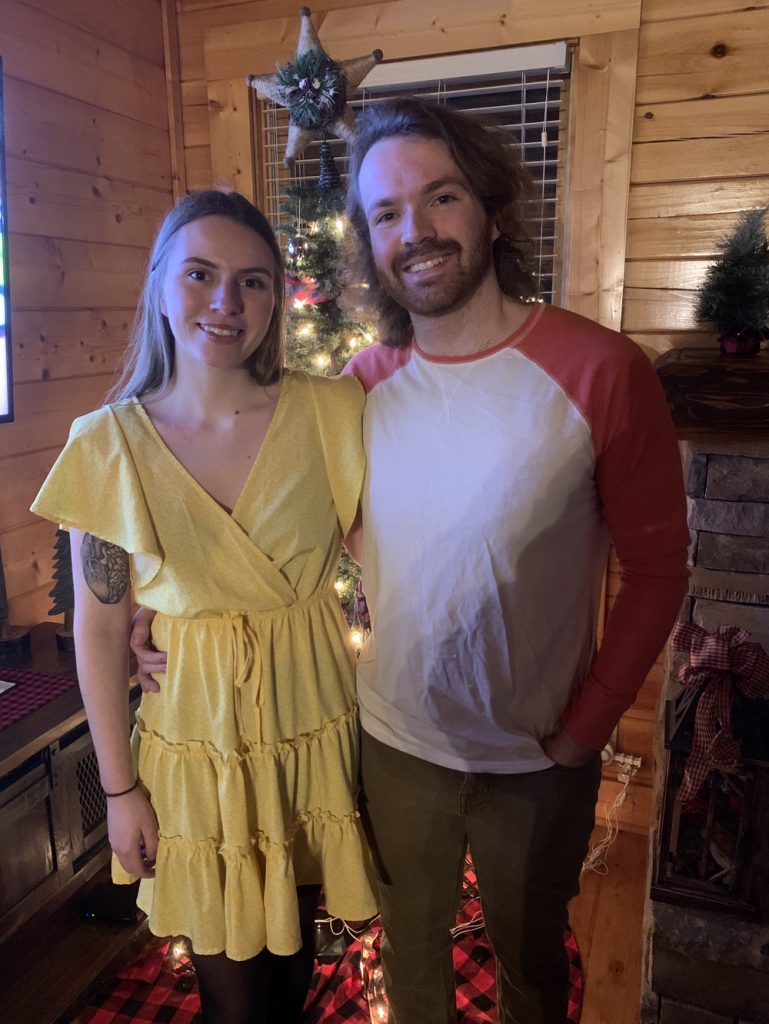 Addison Wilson (24C) has also been in a nearly four year-long relationship with her boyfriend John, a junior at Virginia Tech. Wilson noted the absence of physical touch was a challenge.

“My love language is physical touch because I think touch can convey more emotions than words can,” Wilson emphasized. “Not being able to do that can kind of be detrimental.”

Wilson added that it’s hard to gauge someone’s mood or tone via text, but ultimately, a long-distance relationship is worth little sacrifices like miscommunication.

“I think the stressful parts almost outweigh the happy parts at times, but it’s also so rewarding because not only are you growing and learning with this experience, but you get to watch them grow as well,” Wilson reflected. 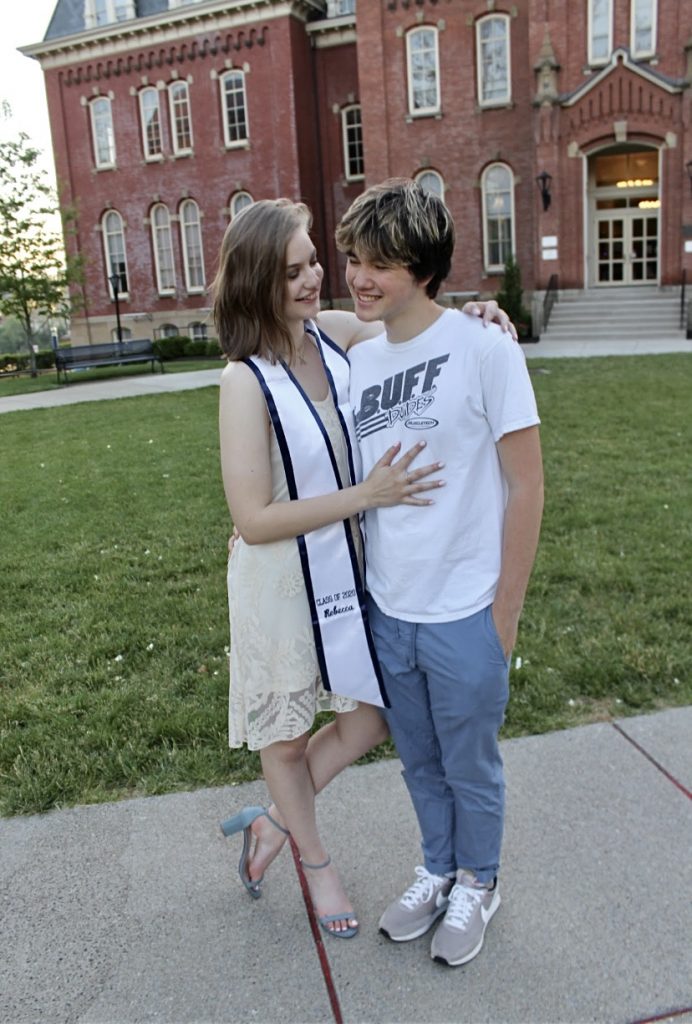 While COVID-19 impaired some students’ ability to visit their partner, Rebecca Brazaitis (24C) visited her boyfriend in the fall since he attends college near her home in West Virginia.

“I coordinated with all these different people … actually got to surprise him which was so nice because he had no idea what was going on and he didn’t even realize that I was in town,” Brazaitis explained. “I mainly went to go see him, but I also went to go see my family.”

Brazaitis added that her boyfriend’s close-to-home college experience versus her out-of-state experience originally posed complications to their relationship and communication.

“He’s basically at home while I’m in a new place and I’m experiencing new things, so it’s been hard trying to explain to him what it’s like for me,” Brazaitis said. “Whenever he talks about his own experiences, I can kind of understand it because I’ve been there.” 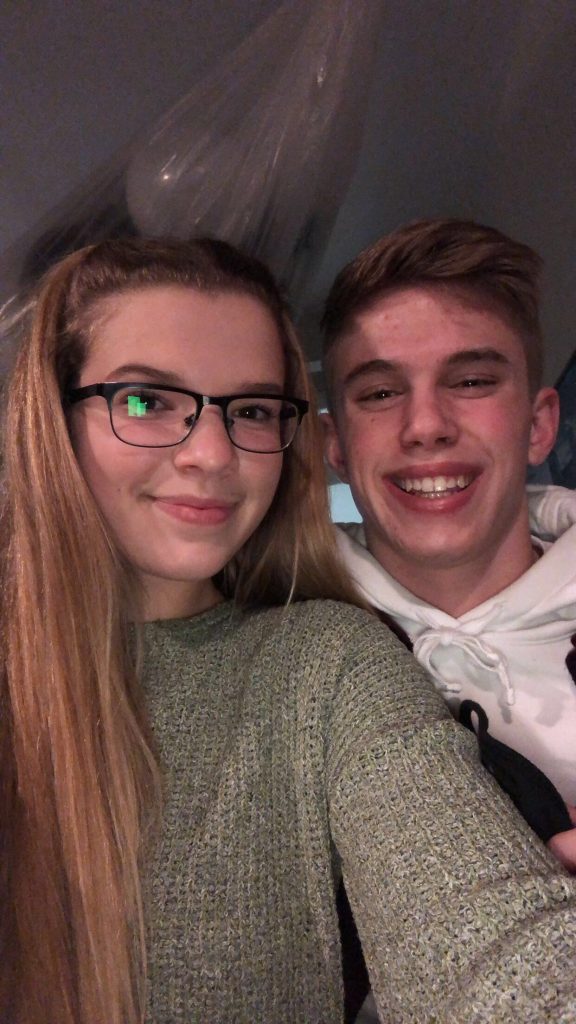 “It’s hard to communicate because … if his roommates are in the room, then it’s hard for him to be open,” Anthony explained. “They also can’t have their phones outside, like they’re not allowed to be seen on it, so there will be long periods of time where he can’t text me.”

Between more frequent classes, military training and a sports participation requirement, Anthony explained that her boyfriend’s schedule is “hectic,” but they still carve out time for each other each night and plan to celebrate Valentine’s Day. 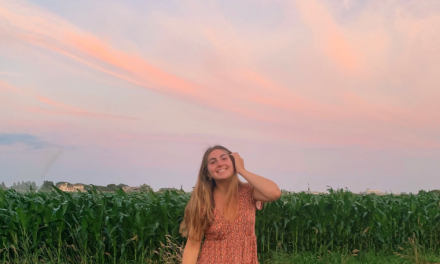