‘Gods of Egypt’ Should Be Buried In The Sand 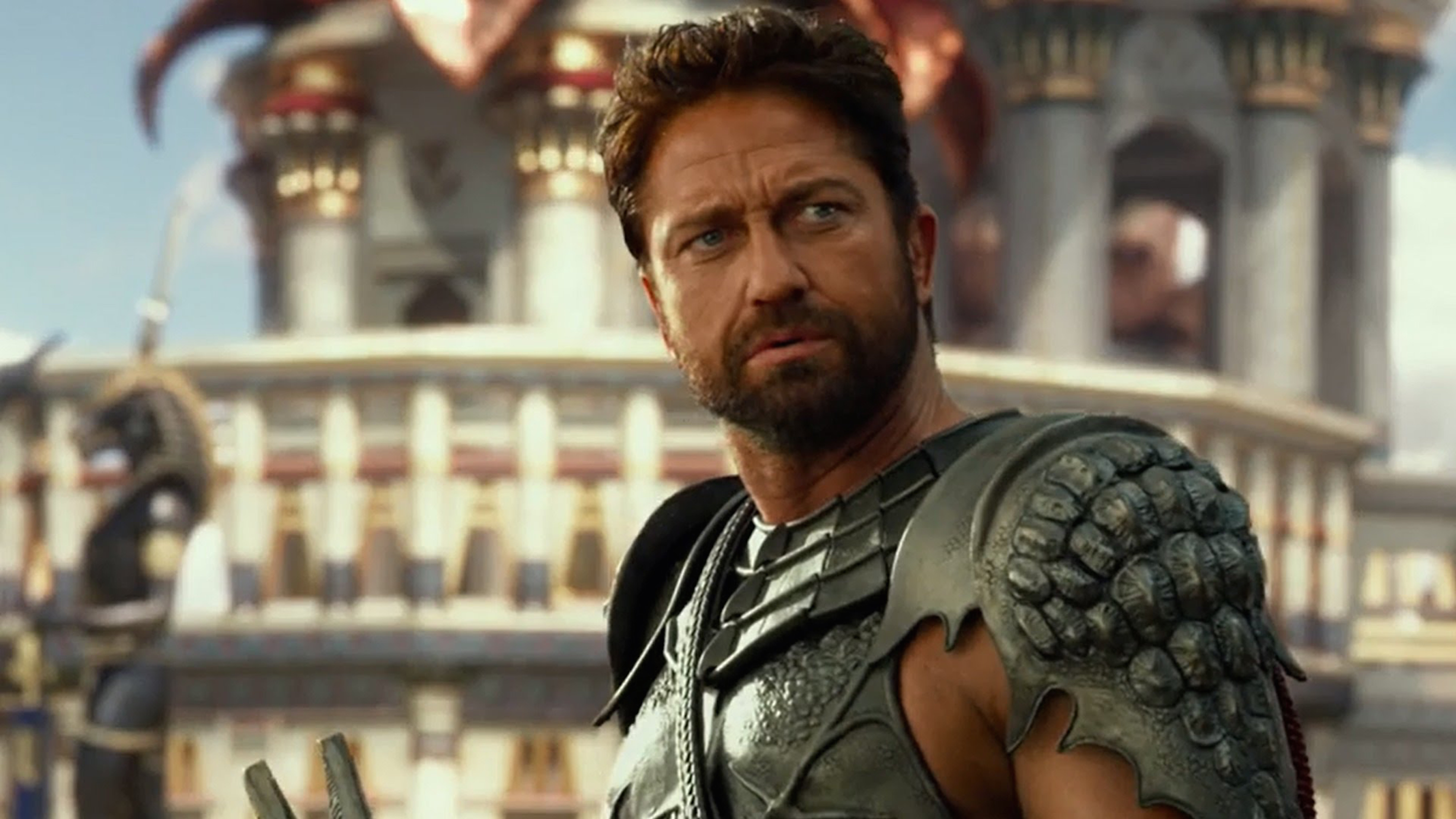 On the face of it, Gods of Egypt is something that I should immensely respect. I love visually extravagant, director-driven expressions of cinematic id. I love films that at least try to shoot for the moon, even if they end up landing in the Pacific Ocean. I love weird genre films that actually feel like they’re making an attempt to use the visual part of cinema. These things are probably why I would be ranked among one of the film critic world’s few defenders of Zack Snyder.

And certainly, Gods of Egypt is visually extravagant. It’s all glittering gold and massive utopian cities and gods battling high up in collapsing structures in mechanical animal suits growing out of their bodies. And certainly, Gods of Egypt is weird. It’s a film that features the ancient Egyptian sun god Ra (Geoffrey Rush) battling a world-devouring worm, and it’s a film that features a Scottish man with a deep tan (Gerard Butler) as its Egyptian god main villain.

But that isn’t enough. Gods of Egypt doesn’t come close to being as interesting as any film from the filmmakers of the visually extravagant cinematic id, like Snyder, Baz Luhrmann or the Wachowskis. I write this review mostly as an autopsy of a film that went astray.

Gods of Egypt is essentially two plotlines. One follows Horus (Nikolaj Coster-Waldau), the lord of air and the heir to the Egyptian throne and the world (as Egypt is apparently the whole of the world). On his coronation day, he is attacked by his uncle, Set (Gerard Butler), who rips out Horus’ superpowered eyes, exiles him from Egypt, steals his throne and takes his woman (Hathor, the goddess of love, who is played by Elodie Young). The only thing Horus is left with is blindness and a desire for revenge.

The other plotline follows the story of Bek (Brenton Thwaites), a young thief in love with Zaya (Courtney Eaton), a beautiful woman from above his station who he convinces to run off with him with the promise of securing a great life. Even though they are separated during Set’s tyrannical reign, Bek and Zaya find their way back together again, only to have Zaya killed during an attempted escape from her slaver, Urshu (Rufus Sewell). Bek will stop at nothing to bring Zaya back, which leads him to collide with Horus, who agrees to try his best to bring her back from the dead, provided that Bek will help him stop Set.

That’s a lot of bullshit going on, and the bigger problem is that there isn’t enough flavor of weirdness to counteract what essentially boils down to two young adult tellings of revenge stories, both carried by characters and actors not interesting enough to float them.

Nothing in Gods of Egypt is particularly audacious or new. To be honest, it feels like a cobbling together of various video game iconographies and ideas into a medium that simply works in a different way. Gods of Egypt has its video game influences all up and down its sleeve, but it ignores the fact that what may achieve feelings of power and awe in a video game ends up boring in a film.

Film requires a different way to emotionally hook viewers into the action. In gaming, you are performing the actions that you see on screen. The player is the character, and that is a personal investment in itself. But film requires some degree of identification so that we can care about the characters and the arcs they go through.

Gods of Egypt, for all its false audaciousness, fails to relate to the audience. Bek and Horus are thin outlines of characters, both generic protagonists fueled by generic motives. At no point did I really care about what these people were doing in the story. It might have helped if their love interests, Zaya and Hathor, were given more purpose than eye candy in the film and more character than simply what was required to motivate the protagonists’ pain. Or if Bek and Horus’ respective missions had some thematic resonance outside of what was stated in the film, if they had created something that we could feel. Without anything to attract us, all the weirdness just came out as bluster.

Therefore, Gods of Egypt ended up being the worst thing it could possibly be in a film of its type  — boring. Without anything worth caring about, the film’s weirdness becomes simple stupidity. Its visual extravagance turns into weightless and shiny distraction, a visual overload desperately hoping that you don’t notice of anything around it.

It’s a film that’s willing to explain its plotline again and again, because it doesn’t believe its audience can get a basic hold of it, but is willing to just run off in any insane direction without an ounce of explanation.

It’s the kind of film that violates the basic rule of an audacious film. It doesn’t ask you to come along on its journey, which films like Sucker Punch or Mad Max: Fury Road (just to give an idea of the range of quality that can exist) do. It asks you to hobble alongside while it walks you along, never giving you the tools to hook in.

That’s boring! That’s really insanely boring. It’s not a ride. It’s just another studio product. And not the potential brilliance of populist studio film, but one birth of cynicism, designed to attempt to trick an audience seeking entertainment by hitting every tenant of the “turn your brain off and just let this happen to you” film.

It’s the worst of blockbuster filmmaking. Instead of using the power and possibilities of a huge budget, it settles for something lazy and stupid. It’s a film that has nothing underneath it and nothing above it.

All Gods of Egypt offers is the chance to watch something rare and tragically stupid, like Haley’s Comet crashing into an orphanage. You know you’re viewing something once in a lifetime, but damn, do you wish it had been under better circumstances.