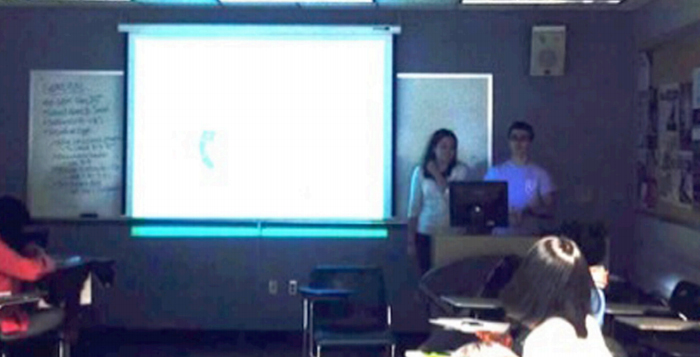 Nov. 12, Globe Med held its very first GlobalHealthU meeting in Candler Library. Globe Med is a student-run non-profit organization founded in 2007 and GlobalHealthU is one of its programs. Globe Med now engages over 2,000 undergraduate students at 55 universities in the United States, including Emory. The organization strives to teach students about helping the world through the use of medicine.

One way in which Globe Med engages its students is by creating partnerships between students and other communities in need. Students communicate with the communities via Skype, email, and phone. For example, Globe Med at Emory is partnered with MAP Foundation located on the Thai-Burma border. The foundation’s goal is to aid Burmese immigrants by improving their living and working conditions.

This year, Globe Med at Emory will work in partnership with MAP to teach Burmese immigrants about Thai language, law, and healthcare.  Another way that Globe Med involves Emory students is by hosting GlobalHealthU sessions, which are small-group educational discussions.

Globe Med’s first GlobalHealthU event was an hour long and was attended by sixteen Emory undergraduate students. The meeting focused on Complex Humanitarian Emergencies (CHE’s), which the United Nations (UN) calls any humanitarian disaster caused by complex conflicts that span multiple parties and states. At the meeting, participants were taught that CHE’s are not necessarily natural disasters but that natural disasters can lead to them.

The Globe Med student coordinators, College sophomore Kelly Broen and College junior Alex Rus, first introduced the topic by showing a video created by the Emory Center for Public Health. The video outlined how there are both natural disasters and human-made disasters and that Complex Humanitarian Emergencies are the second highest causes of death after earthquakes.

According to Globe Med, CHE’s are primarily caused by vulnerability. Broen gave the example of San Francisco’s level 6.3 earthquake last summer, which did not cause as much destruction or chaos as the 2010 earthquake in Haiti, which was a level 7.0. The Globe Med coordinators argued that, with the right aid, countries could either prevent or quickly recuperate from natural disasters. However, many countries without aid remain vulnerable in the face of such destruction.

The meeting went on to discuss four case studies of modern-day CHE’s: Syria, South Sudan, Central African Republic, and Iraq. The students were split into four groups and each group was assigned to one of the case studies. In these groups, students read a short package about their assigned CHE and then discussed it together.

Following the group discussion, Broen and Rus hosted a larger discussion in which all the groups shared four things about their case study: common characteristics, trends, what could have been done to prevent the CHE, and what each country is currently doing to help the situation.

The discussion concluded on the topic of Burmese refugees in Thailand. Although this is not an example of a CHE, Globe Med is affiliated with the cause and sends students to. Participants discussed how Thailand is taking advantage of Burmese refugees through “cheap labor”; while life is better for them in Thailand than it would be in Burma, they are still not offered the same opportunities as the Thai citizens.

Globe Med hosts weekly meetings Mondays at 7pm in Anthropology 107. Approximately 25-30 students are already part of Globe Med’s committed Staff Members and attend these meetings regularly. The organization is welcoming students to apply for a position in January.