Grab your coffee and some Pop-Tarts because after nine long years, we can return to Stars Hollow and reunite with our favorite mother-daughter duo, Lorelai and Rory Gilmore (Lauren Graham and Alexis Bledel). That’s right, Gilmore Girls: A Year in the Life reprises every beloved role of the captivating show in a new, wit- and quip-filled four-episode revival.

Gilmore Girls: A Year in the Life follows the original characters’ lives 10 years after season seven of Gilmore Girls. A lot has changed, and this look into Stars Hollow brings with it joy, junk food and a surprising amount of sadness.

Some of the sorrow is understandable. The passing of cherished character Richard Gilmore parallels the real-life passing of actor Edward Herrmann in 2014. Richard’s death, a point of worry for some fans, is dealt with respectfully and perfectly. Richard is a real presence in all four episodes, from the comically large portrait that Emily (Kelly Bishop) has made for the house to Rory using Richard’s old desk, a symbol of his power and prosperity that Rory channels in her time of need. The death of such an important character brings with it enough joyful memories and sadness to honor his absence.

The first noticeable difference in the show is the cinematography. The camera work is vaguely Netflix-esque and fancier than that of Stars Hollow originally, but the change is welcome, as it is just a higher-definition view of our beloved town and actors. The scene of the Life and Death brigade’s reunion uses a unique and beautiful style of camerawork before unused in the series that adds to its artistry and appeal. The darker tones, fog, sweeping shots, and homage to the Beatles made the scene stand out from the others as artistically memorable.

Several new faces come into play as well. Sutton Foster, who starred in writer and creator Amy Sherman-Palladino’s other show Bunheads, was a highly anticipated cameo. Several of our other Bunhead friends show up sprinkled throughout the episodes and offer fun Easter eggs for Sherman-Palladino fans, such as Julia Goldani Telles, known for playing Sasha on Bunheads, playing a new character, Sandee.

Stylistically, the show’s writing is impeccable. Our favorite fast talkers have plenty of words to spit out and a plethora of new media occurrences to reference, such as Marvel movies, Wild (both the book and the movie) and Uber. Graham, Bledel and Bishop certainly retain their ability to speak a mile a minute, and Sherman-Palladino still has a knack for fitting an unbelievable amount of words into tiny time frames.

While the writing is as fast and funny as it was originally, the tone of the episodes is different, but not in a good way. Sherman-Palladino wrote the first and the last, with her husband Dan taking the reins for episodes two and three. There is a significant drop in happiness during Dan’s episodes, and while Amy’s were more lighthearted, the entire show seemed weighed down with overarching sadness and a sense of failure for our characters. In particular, the decisions Rory makes when Dan was writing her seemed to be more out of character than when Amy was in control, making the audience feel disconnected from the her.

Storylines took turns for the worst, with Rory taking the biggest hits. As somebody who looks up to Rory and squeals with delight every time I find even the smallest similarities between her and myself, I was devastated with Rory and her decisions during the show. She lost direction, respect and herself through her professional choices and personal relationships. The Rory I used to know would look at this Rory as if she were a Martian, or an evil twin sent to destroy her life. The Rory storyline is disappointing to say the least.

While the sadder parts of the show humanize the characters and truly reflect the whole “life isn’t fair” saying, I don’t watch TV for depressingly realistic failures. I wanted the whole revival to be full of ridiculous jokes and junk food like it used to be. I didn’t want to watch my fictional family crash and burn.

However, not everyone did. Emily’s storyline was funny and cute, and elicited many “aw!”s. She finally managed to keep a maid! Her storyline was beautifully done, and I am satisfied with the direction they took her.

We were tossed some bones every now and then. Whether it was Troubadours fighting, Lorelai smelling snow, Kirk’s (Sean Gunn) ridiculous “oober” business or Lorelai’s Jeep, the revival bursts with our old Gilmore Girls’ staples. While junk food and coffee make their obligatory appearances, the girls seem to have unnecessarily substituted coffee with alcohol. Alcohol is one thing that the original series adamantly shied away from, and when alcohol was used, it was used sparingly. Now, however, there is far more liquor than there are lattes.

All in all, it was Gilmore Girls — but with the sadness levels of act two of Into the Woods, maybe with some Woody Allen sprinkled in. I wish the storyline had treated the Gilmore girls better. While it was fun to see all three boyfriends return, I walked away upset, almost wishing the revival didn’t exist at all. In the show’s defense, we were never promised happy, and we were never promised closure (those last four words though!). Even though it fulfilled what it promised, it didn’t fulfill what we wanted. They’re still the Gilmore girls, and I will always love Gilmore Girls, but this was a little too sad for my taste. 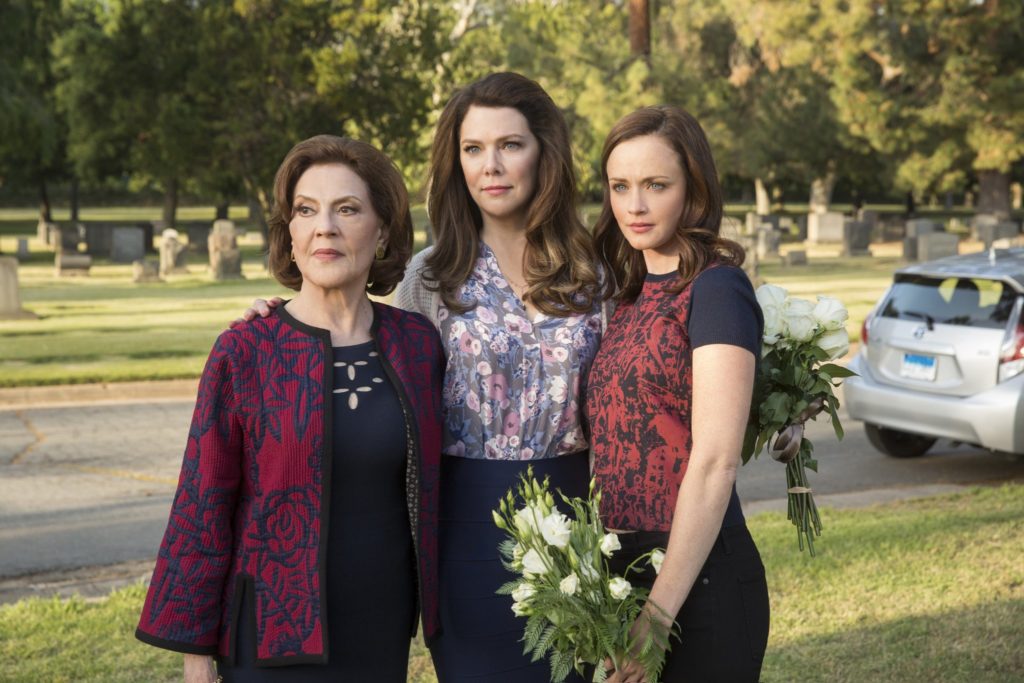