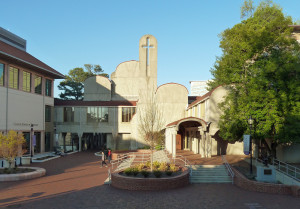 Emory has eleven categories of general education requirements (GERs), 12 credit hours of which can be satisfied with Advanced Placement (AP) and International Baccalaureate (IB) test scores for a total of 18 credit hours between the two. Students who had access to those programs in high school can move on to upper-level classes quickly, but students who did not must work through additional requirements taking up valuable schedule time. Due to this inequity, Emory should allow students who meet department requirements to appeal for exemptions to specific GERs.

Schools that don’t offer AP programs run the gamut from elite private schools to underfunded public schools. Many independent schools including Sidwell Friends, The Dalton School, and  Phillips Exeter Academy reject the idea of AP testing; instead, they opt for their own advanced courses. Though students from these schools may have the skills and experiences necessary to place out of courses such as the first-year writing and the math and quantitative reasoning requirements, they cannot do so without the right scores on the right exams.

Remote, underfunded and smaller schools find offering AP and IB programs difficult to implement, even when they want to do so. Hiring the right teachers and offering the exams is an expensive process, and some testing sites can be hard for rural students to reach. Rural high school districts often have smaller student bodies and subsequently tend to offer fewer AP courses because they struggle to fill the classes. For instance, Ada Demling (25C), from Amherst, Massachusetts, was forced to enroll in a first-year writing requirement course this spring despite writing three research papers a year in high school. She never had the option to prove her writing abilities and test out of the writing requirement. Her school simply did not offer AP English Literature or Language and Composition, and because there weren’t testing locations nearby, self-studying wasn’t an option. In this way, Emory’s GERs burden students from all kinds of backgrounds by requiring tests that only some can access.

The pandemic rendered AP and IB exams even more inaccessible for the classes of 2024 and 2025, primarily through poor internet access and technological inequities. Demling found herself in such a predicament, as she lived two hours away from the nearest big city. “Being in a very rural area, a lot of people didn’t have WiFi and were hotspotting from their phones. Online testing was a huge concern,” Demling explained. At the same time that Demling was taking her remote AP Calculus exam in May 2020, five out of the six other people in her household were using the same WiFi.

Katherine Siegel (25C), who plans to study human health and sociology, experienced a different set of headaches. As the Maine Debate Champion in 2020 and 2021, Siegel wrote well over 100 well-researched essays before coming to Emory, and she was also published in her school’s newspaper numerous times. However, after a series of injuries during her junior year, Siegel was unable to take AP exams in May 2020, which included AP English Literature. Despite her abilities, Siegel was required to register for a first-year writing course for the spring 2022 semester in lieu of the credit she would have likely gained in the AP exam.

Demling and Siegel are far from the only students thrown off track by Emory’s GER exemption policy. They and many others would benefit from a modified GER exemption process that allows students to make their case for having learned the content in introductory classes. That doesn’t mean we should get rid of GERs all together, especially given the impoverishment of the liberal arts at Emory and their value to students. Through taking GERs, we learn critical thinking, meet people outside our bubbles and expose ourselves to different perspectives and new subjects. But the system  should not force students who have already explored and demonstrated proficiency in certain academic areas to sit through class content they already know.

The solution is simple. Emory should implement an appeals system through which students could apply to opt-out of specific GERs. If the Faculty Senate were to develop a list of learning objectives for each GER, individual departments could craft exams to evaluate students on them. Students with the skills but not the AP scores could take these tests to prove they don’t need a particular GER. To ensure that students still get access to a variety of subjects during their time at Emory, incoming credits should be subject to the 18 credit limit placed on AP and IB tests.

Emory does not even have to go as far as creating a whole new set of standards for accepting credits. The College Board offers a ready-made set of placement tests called the College Level Examination Program (CLEP), which offers exams in almost all the same areas as their AP and IB counterparts. Accepting CLEP scores, in addition to dual-enrollment college courses taken during high school and AP or IB scores would make Emory’s GER system more equitable without sacrificing the liberal arts experience.

Inequities wrack the college admissions system and higher education in general, but where you come from should not determine where you get to go at Emory. If college is truly “the great equalizer,” Emory cannot only accept tests that a lucky few get to take.