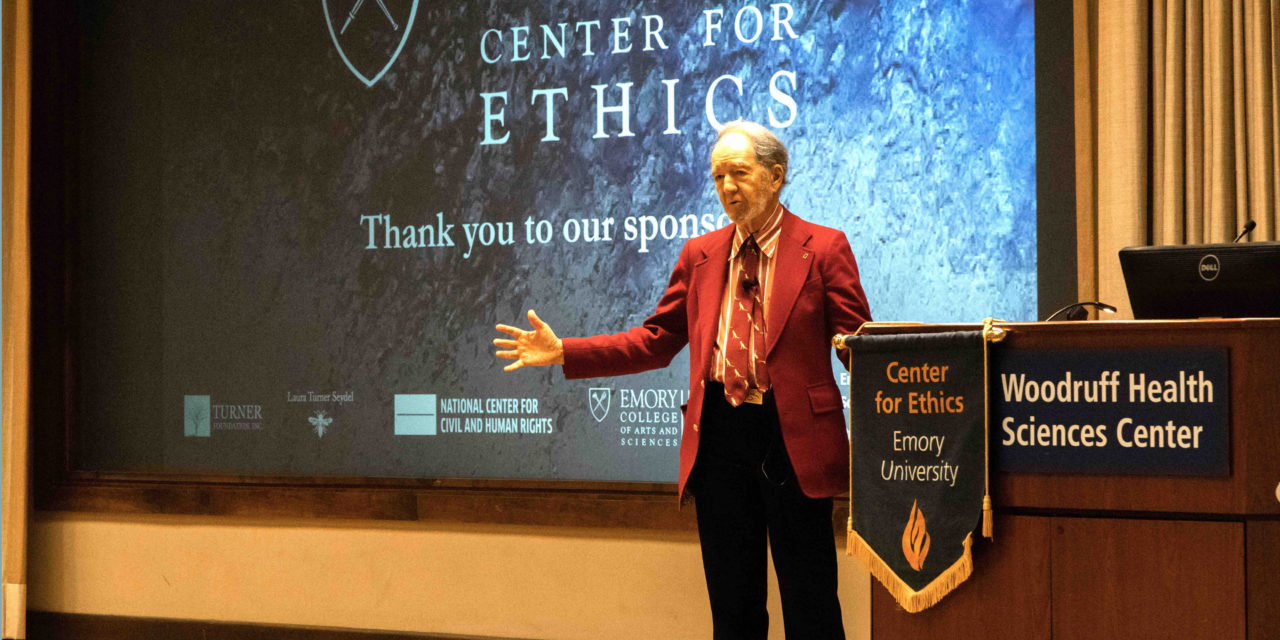 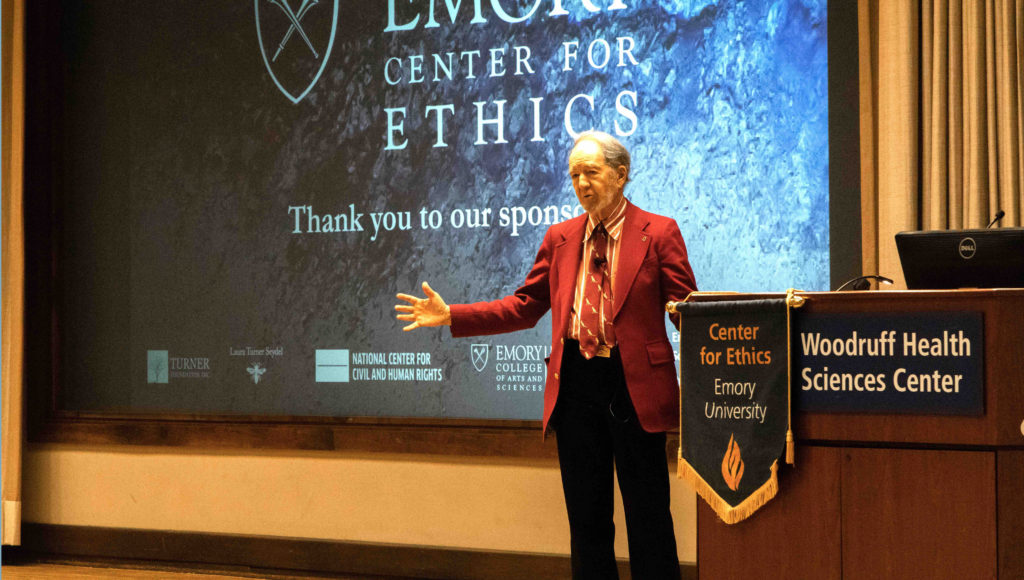 Pulitzer Prize-winning author and acclaimed geographer Jared Diamond discussed issues ranging from tensions within the United States to inequality abroad during a lecture at the Woodruff Health Sciences Center Administration Building on Thursday.

Diamond, an esteemed geographer, anthropologist and historian, garnered global success after publishing his award-winning book “Guns, Germs, and Steel,” in which he details how geographic differences around the world influenced modernization in various societies.

The Center for Ethics brought the University of California, Los Angeles professor to Emory to discuss his new book, “Upheaval: Turning Points for Nations in Crisis,” which explains how and why particular crises sculpt nations. In particular, Diamond indicated that some countries’ ignorance and ambivalence regarding global dilemmas such as climate change is concerning.

“There is not a worldwide acknowledgment of problems facing the world,” Diamond said. “There are no extraterrestrials we can call to for help. We have to figure it out for ourselves.”

Throughout the lecture, Diamond emphasized the importance of comparative history, saying that “most nations go through a political crisis every century or so.” He analyzed why certain countries, such as Japan, handled numerous crises and promote growth better than others.

Diamond then contrasted Japan’s strengths with what he believed to be a more “unsuccessful” example: the U.S. He warned against American exceptionalism — the notion that the U.S. is superior to other nations — and cautioned against U.S. refusal to learn from nations that face similar problems.

“The only people that can destroy democracy in the U.S. are Americans,” he said, citing gerrymandering, voter suppression and vast inequalities as significant threats to the country’s democracy.

While discussing the international sphere, Diamond noted that there are four major issues facing the modern world: the potential for nuclear disaster, climate change, irresponsible management of non-sustainable resources and inequality.

Despite its bleak tone, Diamond’s lecture did include a glimmer of optimism, as he noted that milestones like the eradication of smallpox and the reduction of harmful products to the atmosphere with the 1987 Montreal Protocol exemplify the potential for improvement. He also listed young activists like Greta Thunberg who increase public awareness on consequential subjects as potential saviors.

“The way that I view the world today is that we are in a horse race between a horse of destruction and a horse of hope,” Diamond said, then added jokingly, “I believe there’s a 52% chance for the horse of hope.”

Diamond briefly took audience questions on polarization, the role of religion in crisis management and resolution and national identity. When asked about the role of globalization in conflict, Diamond noted, “Today, no country is isolated from any other country.”

In a Feb. 21 email to the Wheel, Center for Ethics Director Paul Root Wolpe lauded Diamond as a “provocative and wide-ranging scholar who has challenged conventional wisdom on how nations and regions develop.”

“His new book … has deep ethical underpinnings,” Wolpe wrote. “The Center for Ethics believes that ethical assumptions guide almost all the decisions we make as human beings, whether we recognize them or not, and Jared Diamond’s work shows how that works in an international and comparative context.”

Attendee Katherine Topf (21PH) said that while she had read some of Diamond’s work in the past, being a first-year global health student at the Rollins School of Public Health helped her gain new insight on his subject matter.

“I thought it was very interesting to hear his perspectives live,” Topf said. “Going into it with a public health perspective definitely opened my eyes to the importance of the topics he discussed.” 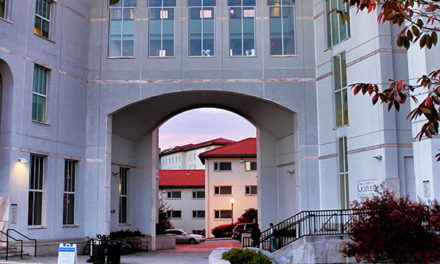 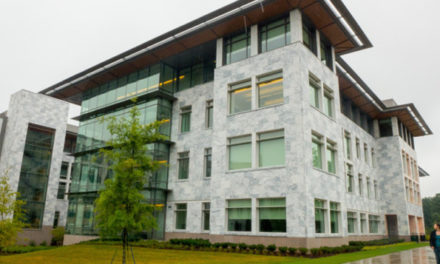 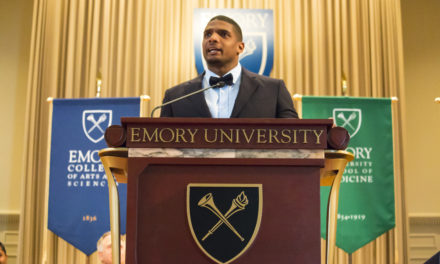 Lounge, Tavern To Open In Village