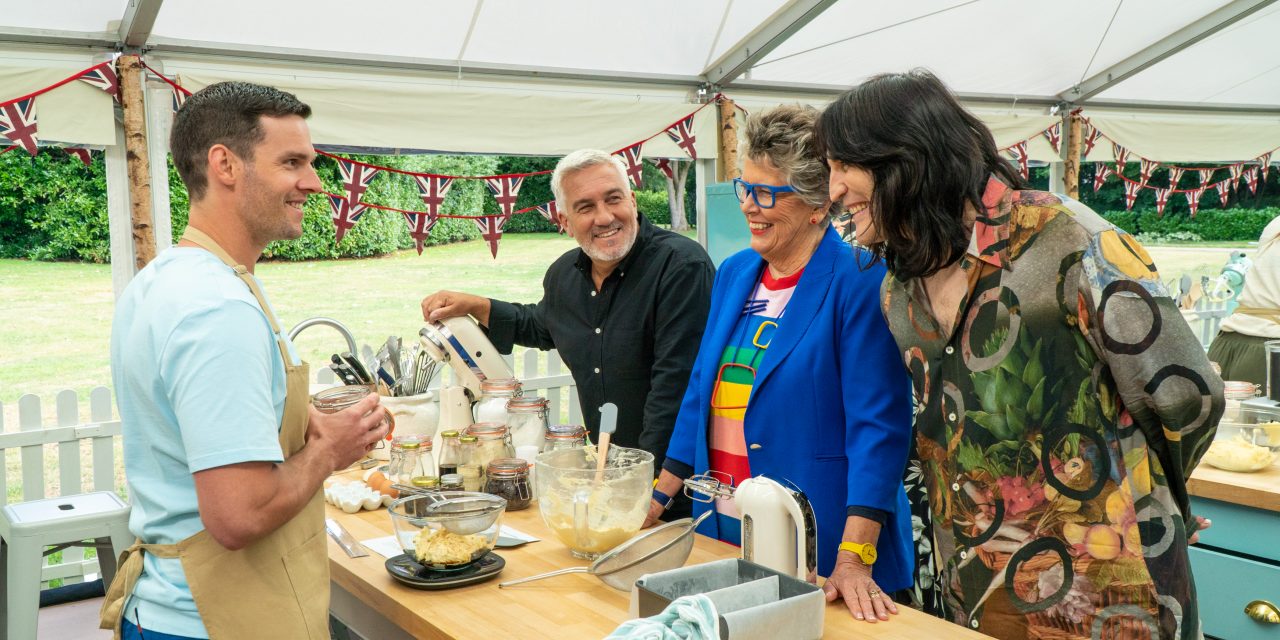 While COVID-19 has put a damper on — let’s face it — nearly every part of our lives, it did not ruin Season 11 of the quintessential British reality TV show, “The Great British Bake Off.” The show debuted in 2010, and while some things may have changed, it has remained true to its roots of creating kind, positive entertainment.

This year’s judges were Paul Hollywood, a “GBBO” staple, and Prue Leith, who recently replaced Mary Berry a few seasons ago. Berry and Leith are both iconic, remarkable and fashionable female bakers, and I could not help but admire Leith’s fiery attitude. Leith successfully came into her role as a judge this season and was able to push back against Hollywood’s strong opinions and offer a different perspective on flavors, textures and techniques. Their dynamic made the judging even more interesting to watch, and this diversity of opinion made the judging process feel much fairer.

I loved this season’s two judges. However, I did not feel the same about the hosts, who are tasked with introducing the challenges and supporting the contestants. For the past few seasons, the show has been hosted by Noel Fielding and Sandi Toksvig, whose quirky relationship and dirty humor contrasted wonderfully with Hollywood and Leith’s seriousness. This season, Matt Lucas replaced Toksvig, and he frankly seemed like an off-brand version of the seasoned judge. While he was kind to contestants and excited about the show, his jokes rarely ever hit and even Fielding seemed uncomfortably aware of his palpable awkwardness. 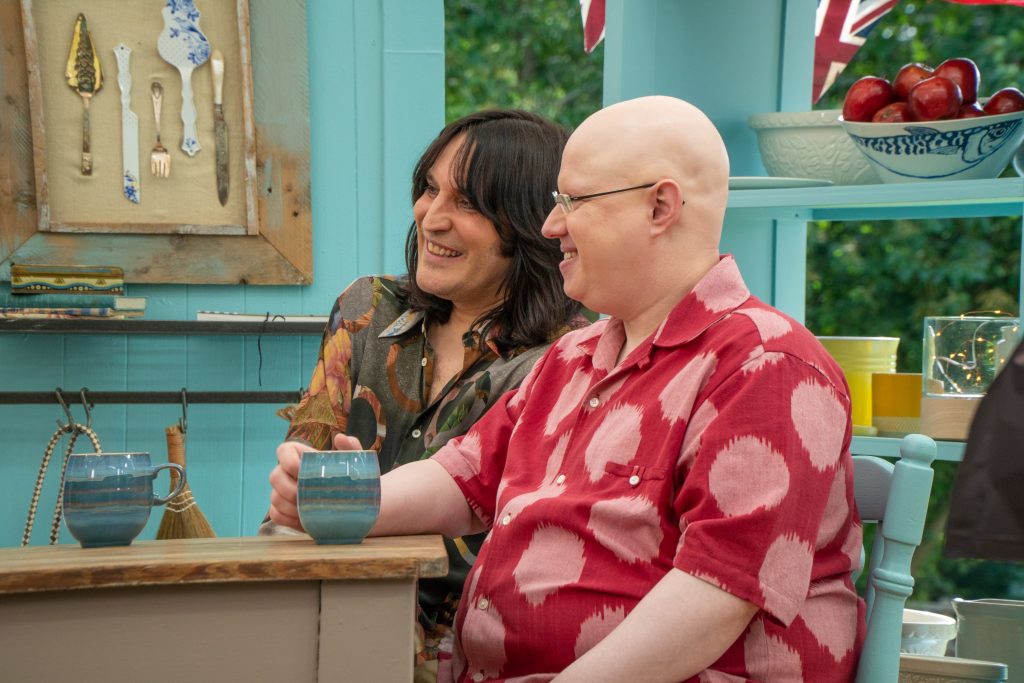 Noel Fielding and Matt Lucas talk with the judges of ‘The Great British Bake Off.”(Netflix)

Despite my disappointment in the host changes this year, this season of “The Great British Bake Off” was one of the show’s best. Known for its close-knit community of bakers, the show this year had to quarantine all crew members and participants for the entirety of filming. From the viewer’s perspective, quarantining actually seemed to strengthen the relationships between participants and allowed for attachments to shine during filming. When quarantining in the hotel together, the cast and crew formed one huge social bubble, organizing soccer matches, movies and bingo nights to keep everyone entertained. Other reality TV shows, like “Big Brother,” may be known for trapping people together to induce animosity and tension, but it appeared that spending all that extra time together allowed the “GBBO” cast to grow even closer.

While this show is known for its purity, this season was not without its own upsets and dramas. “Drama” may be a loose term to use for a few jolly British bakers competing to win a cake stand, but fans’ personal investment in the contestants’ success truly makes for an engrossing experience. I nearly yelled at my TV when Hermine, the queen of patisserie, was sent home during the semifinal patisserie week, and Laura Adlington, who was so close to elimination every other episode, stayed for another week. It’s hard to put into words how watching “GBBO” makes one anxiously rock back and forth while lying calmly under the covers with a cup of tea and a warm cookie. 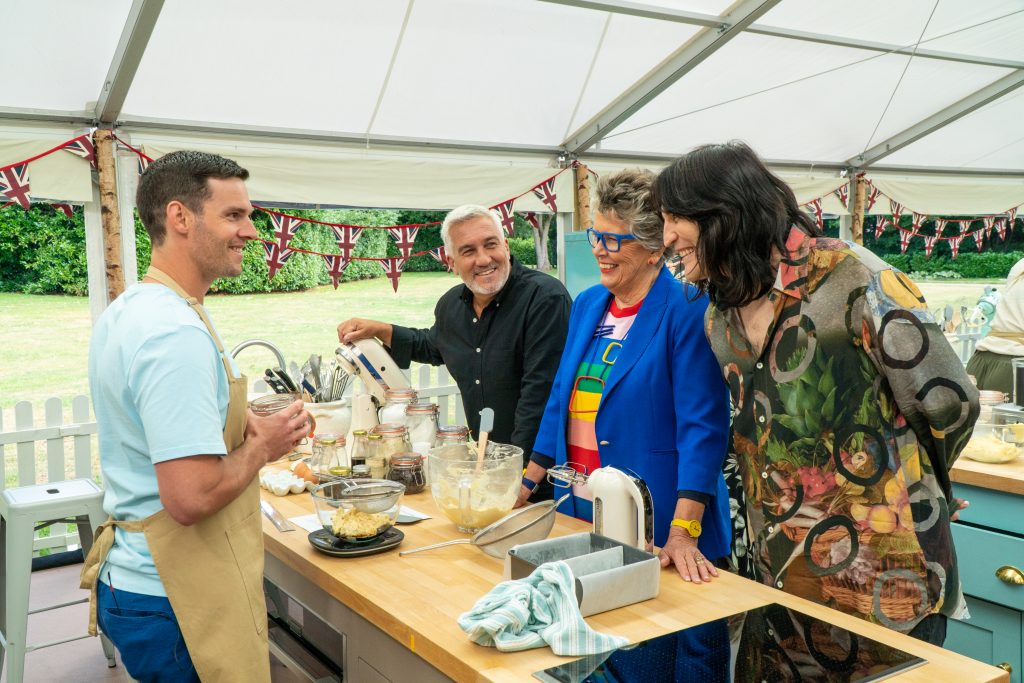 This season had quite a sufficient amount of “lie down under a cozy blanket” events, mostly coming from Peter Sawkins, the youngest contestant. Sawkins, a lactose-intolerant twin from Edinburgh, Scotland, was the youngest and first Scottish contestant to win “Bake Off.” His overall excitement for the show, distaste for alcohol, strategy of “listening” to his cakes to determine when they are done and big blue eyes just made me want to give him a big hug. Sawkins’ use of humorous British phrases, ranging from “silly-billy” and “jeepers creepers” to “absolutely chuffed,” enchanted and bemused my American English-speaking brain. There’s just something about the contestants’ slang that puts a smile on my face.

Besides the contestants’ interesting accents, it is also easy to fall in love with many of their strange personality quirks and specific passions. Rowan Williams, while only lasting 3 weeks in the competition, made a lasting impression as an avid gardener who wore colorful overcoats each episode. Lottie Bedlow, a hilarious contestant whose dark humor brightened my day, also made such an impression; Her strange love for both Viking metal music and yoga made me love her even more. Being able to catch a glimpse of contestants’ family lives was even more heartwarming: Friday’s wife a baby during filming, and seeing his family finally reunite after the series finished brought tears to my eyes.

Ultimately, the 11th season of “The Great British Bake Off” featured unique contestants and pure, unadulterated human compassion. The show left me with a smile and the sense of fulfillment I needed to end 2020.