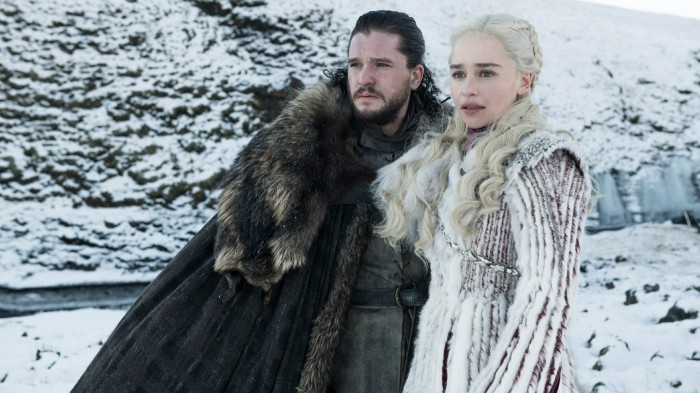 Pop culture is, and always has been, a reflection of its surrounding social and political atmosphere. Last weekend, “Game of Thrones,” one of the most popular shows in the world, returned for its final season. After a two-year wait and an eight-year following, fans will finally see how the series comes to an end.

“Game of Thrones” has found popularity through its dense fantasy world and emotional story development, political allegories and well written characters (though the dragons and spectacular set pieces help, too). Amid the enthusiasm toward the show’s upcoming finale, it might be useful to highlight the parallels between the political dynamics of Westeros and the United States. The following analogies elucidate the potential lessons we may derive from Westerosi politics, and apply them to the current real-world political climate.

Perhaps the most conspicuous allusion in “Games of Thrones” is the story of the Wall. Constructed thousands of years before the show’s time, it originally served to protect the Seven Kingdoms from the White Walkers. The Wall is manned by the Night’s Watch, a force of men primarily comprised of thieves and lawbreakers, sent there as punishment for their crimes. Over time, however, the White Walkers become a myth, and the primary purpose of the Wall switches to deterring foreign tribes, known as the Wildlings.

The Wall obviously parallels the wall that President Donald J. Trump vowed to construct on the U.S.-Mexico border. Trump’s wall isn’t history’s first; the ancient Chinese constructed the Great Wall of China to repel Mongol invaders from the mainland, and early Roman settlers built Hadrian’s Wall in Britain to keep away the Ancient Britons and Picts. However, these walls were only moderate successes, as the troops guarding them were eventually overcome by harsh, cold climates and a lack of proper facilities. This sounds all too familiar to “Game of Thrones” fans, as the Night’s Watch in the show suffers the exact same struggles.

While the soldiers guarding the proposed U.S.-Mexico wall probably wouldn’t undergo treacherous cold or frightening ice zombies, parallels remain, as the primary goal of the Night’s Watch is to keep supposedly dangerous foreigners out of the country. The xenophobic rhetoric present in “Game of Thrones” is concerningly and increasingly prevalent in modern American society. The show effectively represents how characters of different ages and backgrounds accept or reject these xenophobic feelings. Characters like Jon Snow (Kit Harington), Daenerys Targaryen (Emilia Clarke) and Lyanna Mormont (Bella Ramsey) are more willing and accepting of the Wildlings, whereas those of older generation, including Ser Alliser Thorne (Owen Teale), Roose Bolton (Michael McElhatton) and Cersei Lannister (Lena Headey) are less willing to welcome the Wildlings into the Seven Kingdoms.

An additional thread of reality in “Game of Thrones” is the constant dehumanization of certain groups of people, such as the allegedly savage Dothraki invaders and murderous Wildings. In recent years, Trump has notoriously slandered certain ethnicities, religions and nationalities; he has publicly berated Mexican immigrants, calling them “animals.” In the same vein, the show’s persistent use of the term “Wildlings” by elder characters, versus the term “Free Folk,” as used by Jon, depicts the generational conflict present in the real world.

Older generations are often more conservative and hostile in their approach toward foreigners, using harsher descriptors such as “illegal immigrants.” On the other hand, the younger generations that grew up in a more globalized world tend to be comparatively open-minded, taking special care to respect people by using terminology including “displaced people” or “expatriates.” This is visible not only in the U.S. but also worldwide. One such example is the Brexit referendum. Polling data suggests that baby boomers and Generation X have a more traditionalist mindset, as over 60 percent of people aged 65 and above voted to leave the European Union, while millennials and Generation Z had a more liberal mindset, evident with over 70 percent of people aged 18 to 24 voting to remain.

In the season premiere, we see Tyrion Lannister (Peter Dinklage), Varys (Conleth Hill) and Ser Davos (Liam Cunningham) as representatives of the older generation, discussing the unification of Jon and Daenerys. They comment upon how the younger generation has a progressive new approach to resolving issues. They do, however, believe that it is a very idealistic and perhaps even naive way to think.

How the rest of season 8 pans out, and what new, real-world parallels it draws remains to be seen. Until then, we can continue taking lessons from these characters as we witness the consequences of their actions, not only for themselves, but for all of Westeros.