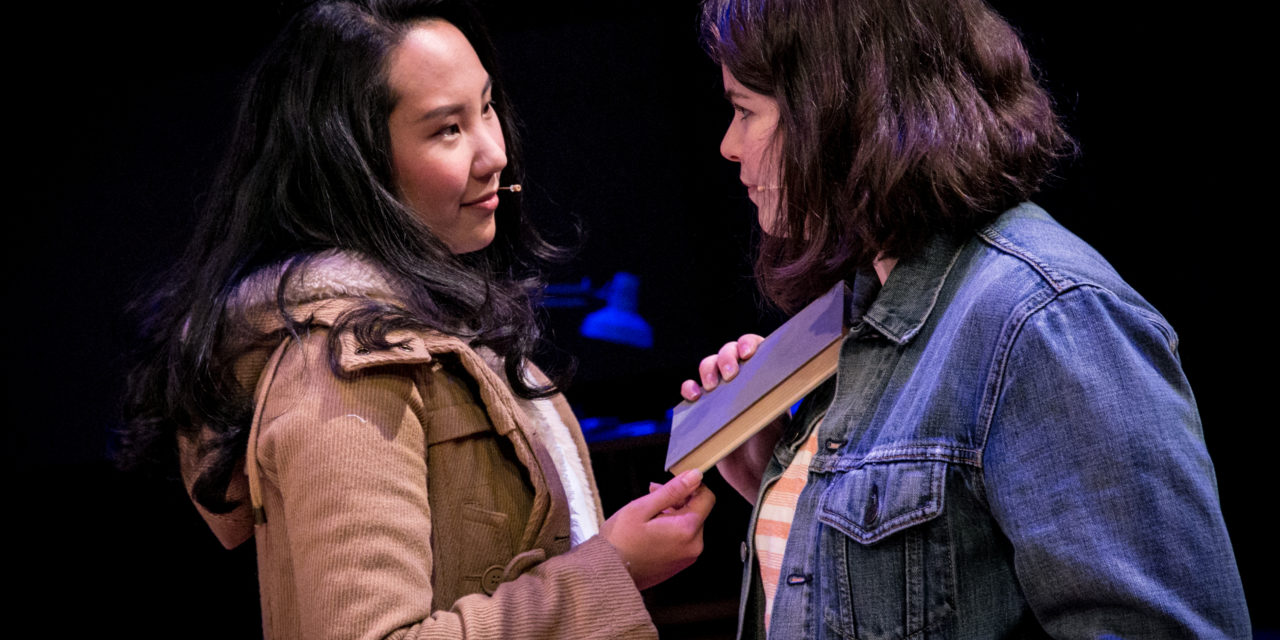 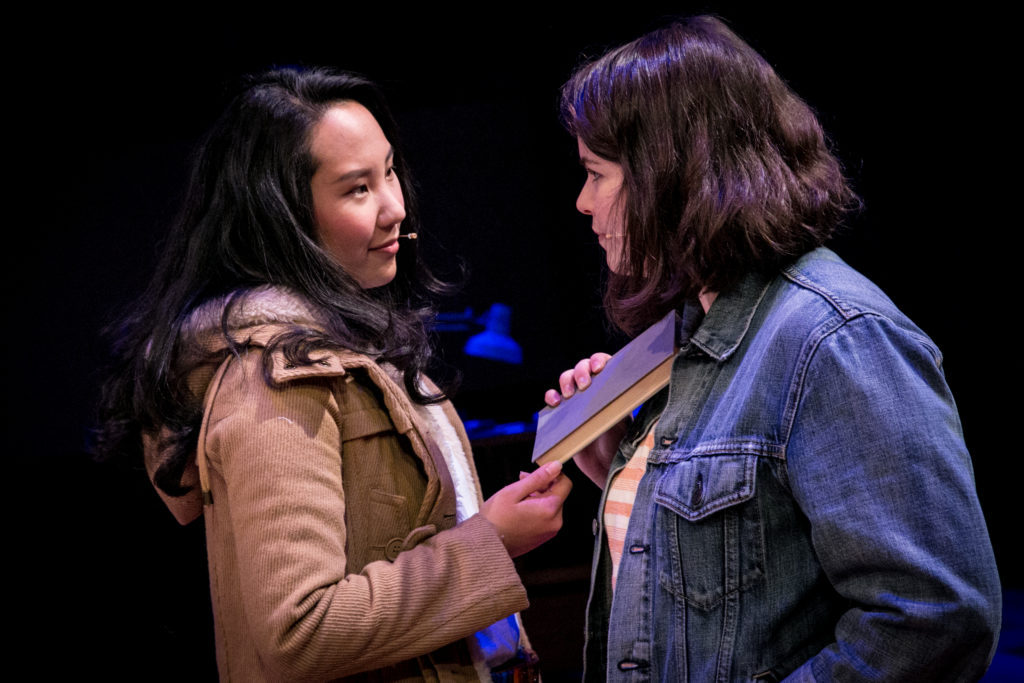 Stories about picture-perfect families hiding their problems have proliferated in musical theater of recent decades, including “Next to Normal” and “Jagged Little Pill.” “Fun Home,” a 2015 Tony Award-winning musical, distinguishes itself within this trope with its autobiographical lesbian coming-of-age story. Based on the 2006 graphic novel-memior by Alison Bechdel (of the Bechdel test), this musical, now playing at the Actor’s Express, contrasts Alison’s maturation with the unraveling of her father, a closeted gay man who kills himself.

Juvenile longing, marital heartbreak, and repressed and twisted desires all hide beneath a polished and serene exterior at the Fun Home, a sugar-coated nickname for the Bechdel Funeral Home. “Fun Home” starts with Alison (Rhyn McLemore Saver), in her mid-40s, drawing her graphic memoir “Fun Home.” As she reflects back on her life, Alison provides narration and structure to the non-linear story about herself and her father, Bruce (Jeff McKerley). We see sweet and foreboding moments from Alison’s childhood through young Alison (Eden Mew) while teenage Alison (Marcia Cunning) uncovers her father’s flaws and finds her own confidence during her first year of college.

There is an impenetrable distance and mystery around the characters in this musical. Throughout the highs and lows of “Fun Home,” Alison is unwaveringly sympathetic and endearing, even when her father’s adulteries and manipulations are forced into the light. Similarly, while we see the concrete misdoings of Bruce, his inner motivations are fundamentally obscured. In “Edges of the World,” the bracing song that approaches his suicide, Bruce begs, “Why am I standing here?” However, this moment is imagined by Alison, as Bruce was alone in his final hours. Even the suicide might have been an accident, a question less addressed in the musical than in the graphic novel-memoir. The gaps in characterization and remaining mysteries of “Fun Home” reflect the autobiographical source material. Unlike a piece of fiction, we can only know what Bechdel knows and chooses to share.

“Fun Home” lacks a traditional plot arc. The audience learns at the beginning of the show (or even earlier if you read the program) that Alison and her father are gay, that Alison becomes a cartoonist and that her father eventually kills himself. The rest of the show fleshes out the details but without a revelatory climax. At its heart, “Fun Home” is an emotional portrait of the Bechdel family, and the strong cast members of the Actor’s Express production bring care and nuance to their roles. The black box theater, arranged as a thrust stage, with seating on three sides, creates an appropriate atmosphere of intimacy. Following the precedent of earlier productions of “Fun Home,” the set is limited without superfluous flourishes.

“Fun Home” has garnered numerous accolades, including the 2015 Tony Award for Best Original Score. “Changing My Major” and “Ring of Keys,” sweet and adoring ballads teenage and young Alison respectively sing, stand out in a soundtrack of somewhat forgettable tunes. “Come to the Fun Home” notably showcases the impressive exuberance of the child actors (Mew, Vinny Montague and Alex Newberg) in a comical commercial jingle for their family funeral home. Unfortunately, the theater had some sound-balancing problems, leading the orchestra to overpower the vocals in some of the more boisterous numbers. The soundtrack makes frequent use of counterpoint, but the microphone system rendered lyrics difficult to discern in some of these instances.

Despite those sound issues, Actor’s Express and the cast of “Fun Home” still manage to deliver a high-quality local production of an award-winning musical. This show rightfully earns attention for its caring portrait of its lesbian protagonist. While the autobiographical source material necessarily constrains the storytelling, it also surprises some of us who are accustomed to the norms of fictional works.