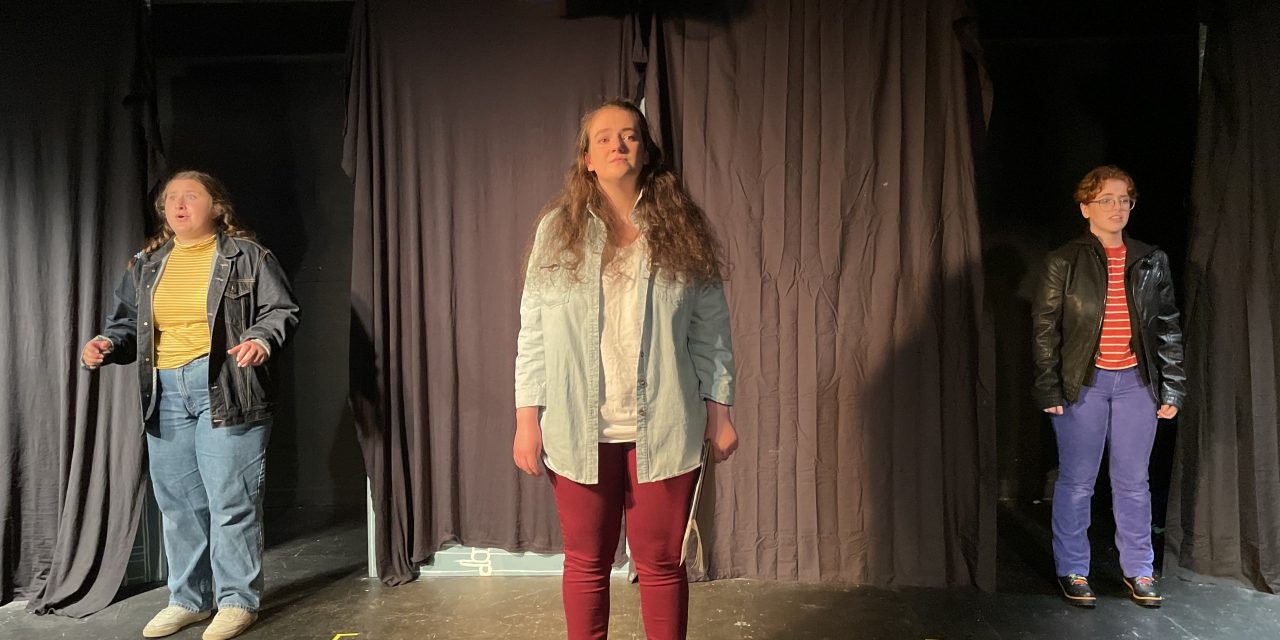 As the music begins, I watch a graphic novel come to life as characters begin to draw books and picture frames on the walls of the set. With a few pieces of chalk, a cast of talented actors and a live orchestra, Ad Hoc’s performances of “Fun Home” April 8, 9 and 16 told an unforgettable tale of love, loss and letting go of legacy.

After leaving the theater, I could not stop thinking about the songs and the story for days on end. As the only musical theater student group on campus, Ad Hoc’s productions are always a riveting experience that depict the talent of the directors, actors and musicians of Emory. Such skills have been seen by the group’s previous productions like “Heathers: The Musical” and “35mm: A Musical Exhibition,” which were put on in spring 2020 and fall 2021, respectively. The production of “Fun Home” this weekend offered no less.

“Fun Home” is a musical adaptation by Lisa Kron and Jeanine Tesori from Alison Bechdel’s graphic memoir. The show unravels Bechdel’s discovery of her sexuality, her relationship with her gay father and her growing understanding of her identity. The musical is Broadway’s first show with an openly lesbian protagonist, a groundbreaking achievement for the LGBTQIA+ theater community.

The narrative of “Fun Home” is a non-linear tale in which events are told and retold. The plot unfolds by first coming in from the surface of the protagonist’s life and spiraling toward the heart of the story. Utilizing a mixture of upbeat songs like “Come to the Fun Home” and “Changing My Major,” as well as tear-jerkers like “Telephone Wire” and “Edges of the World,” the story traverses through the protagonist’s heart-wrenching life, from growing up helping her father prepare funerals in his funeral home to her adulthood and discovering her sexuality in college. The live orchestra —  the first ever pit orchestra in Ad Hoc’s performance history — punctuates these moments for the audience, immersing them in the turmoil of the protagonist. I went from laughing at clever quips and dramatic dancing to tensing up in mere seconds, an impressive feat that never felt too jarring or alarming. 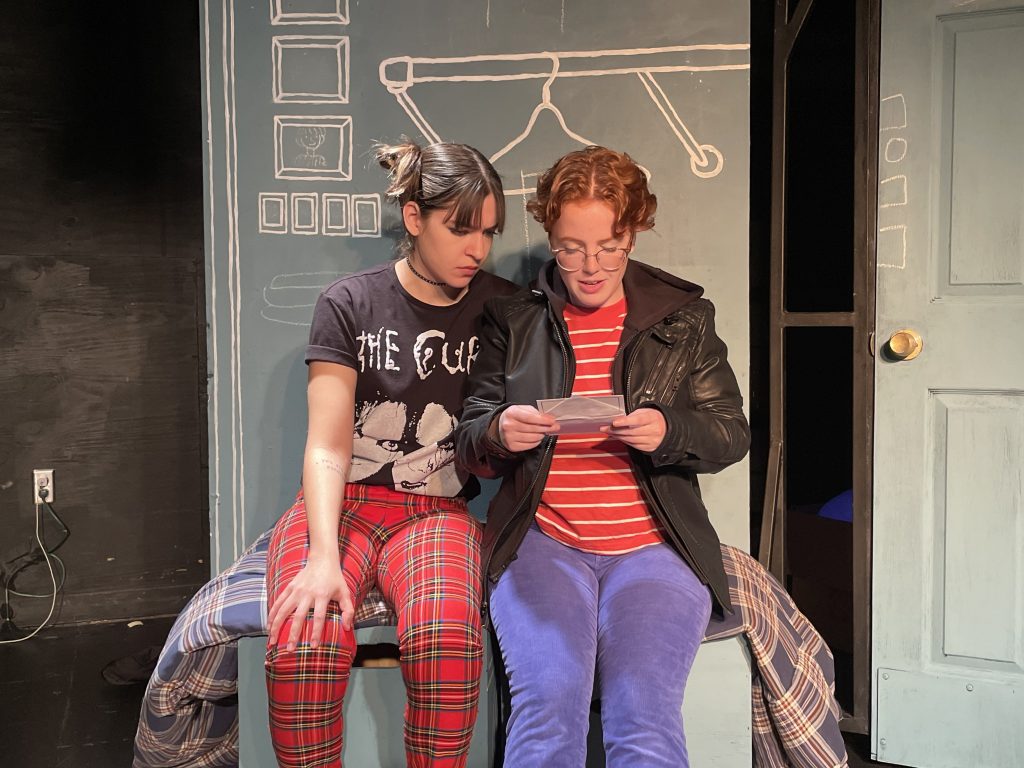 When asked about their inspiration in creating the performance, director Ozzy Wagner (22C) said they were motivated by the show’s ability to “speak to a number of queer and questioning audience members.”

“It’s a show that is so universal that it will speak to anyone with a father, anyone who has struggled with their identity, anyone who communicates through books or art or drawing, anyone with a less than perfect family … the list goes on,” Wagner said.

These takeaways all revolve around the most prominent element of the show: the relationship between Alison and her father, Bruce (Ammar Ul Haq (25C)), a house renovator and funeral director. We follow Alison between flashbacks to college and her childhood, getting glimpses of her brothers, Christian (Emory MacLaughlin (24C)) and John (Katie Nabors (23C)), her parents, Bruce and Helen (Haley Ornstein (22B)) and her first girlfriend, Joan (Sophia LiBrandi (22C)).

Three versions of our protagonist appear onstage throughout the story: Small Alison (Ruby Stillman (24C)), Medium Alison (Sophia Tufariello (21Ox, 23C)) and Adult Alison (Amelia Dimas (24C)). Each possesses a different understanding of her identity and her father. Adult Alison serves as a spectator, looking at her past self and captioning scenes aloud to memorialize her experiences in her graphic novel. Rather than follow the Broadway route with Adult Alison acting with her head in a sketchbook for the whole show, however, this production took a different direction. 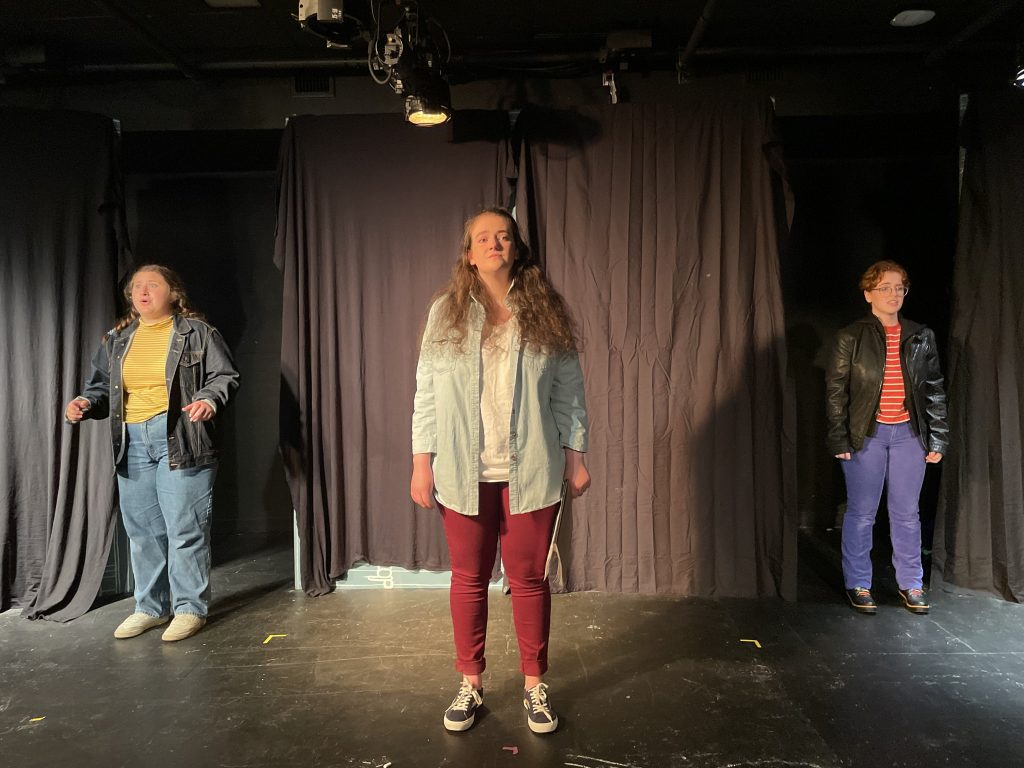 Unlike traditional productions of “Fun Home,” Ad Hoc’s opted for a 2D rather than a 3D set; the stage was defined by household objects painted in white on a blue background, including a bookshelf, a piano and a TV. Throughout the production, actors drew on certain parts of the wall to demonstrate an action, like hanging up clothing or watching a TV show. Wagner said this was done to “reincorporate the spirit of the graphic novel and allow the actors to interact with the set as Alison describes her drawings.” The chalk was used in moments that I never expected and only added to my engagement as the musical progressed. The interactive environment enabled Alison’s world to quite literally come to life in front of the viewer as more and more drawings are created — and erased — by characters in a way that does not detract from the grave topics of the story.

Ad Hoc’s production succeeded in navigating the show’s heavy themes — suicide, grooming, pedophilia and domestic violence — with great skill and nuance. The show portrays each of these topics with gut-wrenching realness, not shying away from presenting such serious subject matter while also remaining easy to follow and entertaining. To properly depict this, Ad Hoc made another creative decision; in the original version, Bruce’s lovers and victims are all played by the same actor. Rather than take that route, Wagner veered away from this by giving each role to a different actor, providing an individual face for each character. 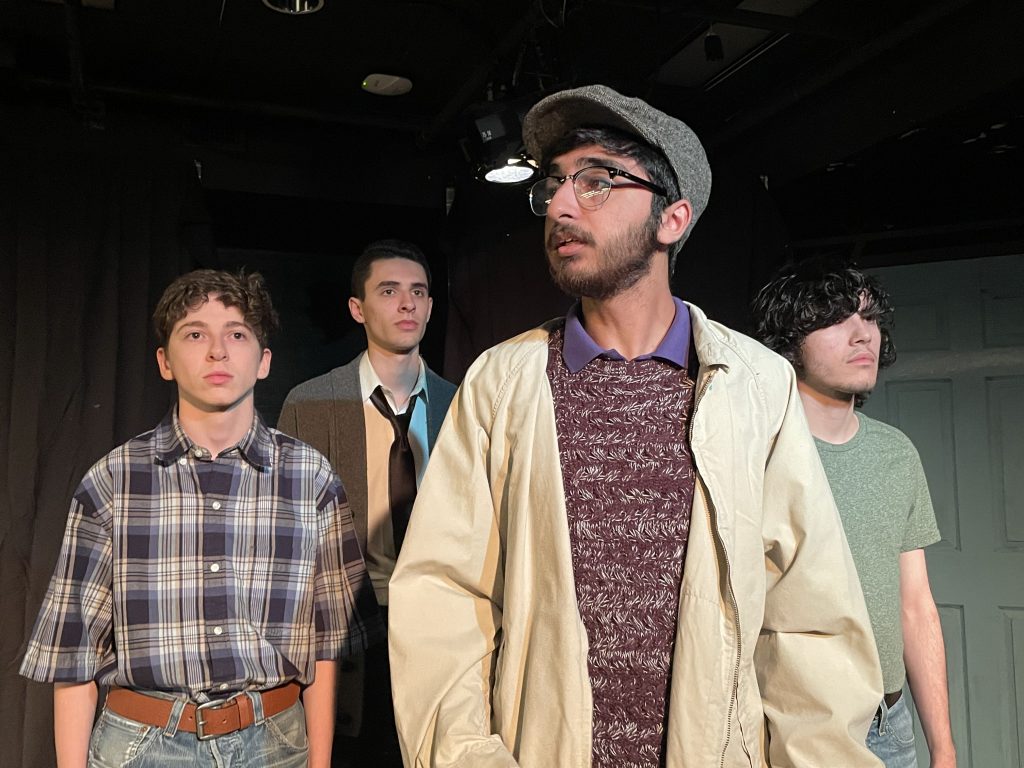 “Some versions of the show can have the effect of brushing over Bruce’s transgressions,” Wagner said. “I wanted to give more power and emphasis to those characters onstage. Hence the trio, who appear in a few different moments throughout the show that they do not in other versions.”

This decision made the production even more impactful to me; every character is given their own identity and presence. This production does not attempt to sum up the incredibly different experiences of Bruce’s lovers and victims, just as it does not project the same feeling to each person in the audience. It recognizes everyone’s individuality in and out of the show. The thought and care put into the story made it truly unforgettable to me.

Ultimately, Ad Hoc’s “Fun Home” is not just a musical, but a moving experience that serves as testament to anyone questioning their identity. The creative decisions and talent of the director, cast and crew both serve to immerse the viewer and approach heavy topics without fear, but instead with great care. The story’s message is unique to every person who watches it, and that is what makes the show fly far above other musicals that tackle heavy subjects.

In the final line of the musical, Adult Alison says, “Every so often, there was a rare moment of perfect balance when I soared above him,” referencing her experiences with her father. While there are many moments in the performance Wagner hopes the audience connects with, they said they hope the message of this last line lingers beyond the stage.

For resources on suicide, grooming, pedophilia and domestic violence, you can find a list here.