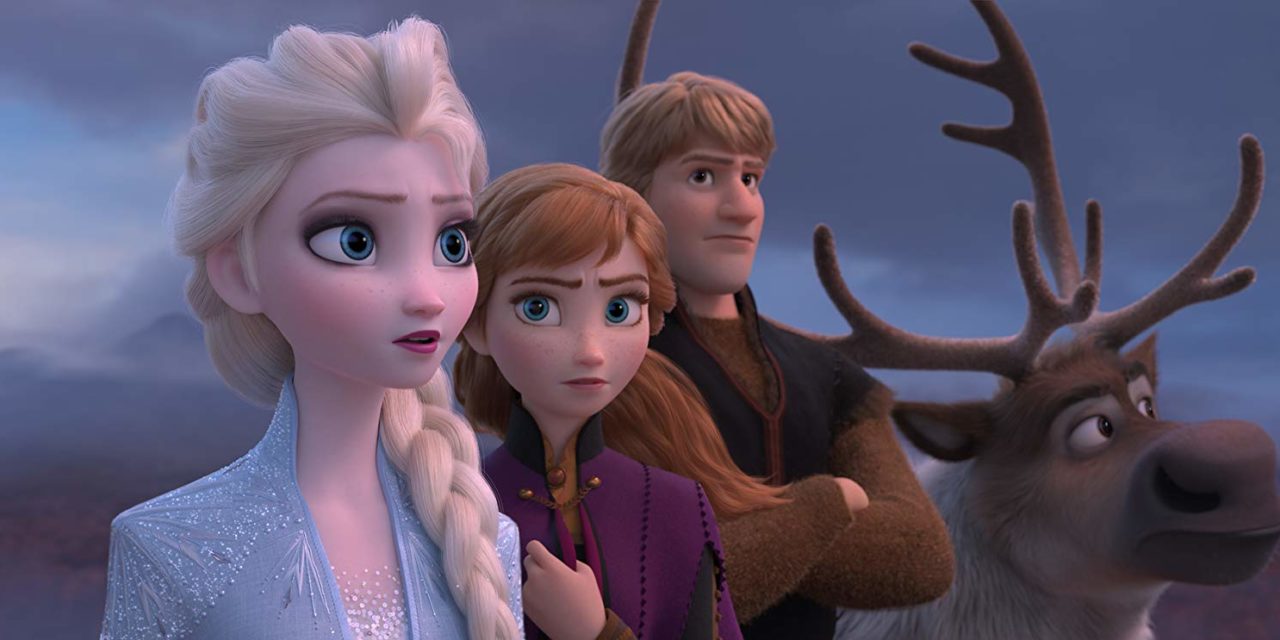 From the film’s music to its lead female characters, 2013’s “Frozen” was a magical and mesmerizing hit. Idina Menzel’s “Let it Go” became a popular viral sing-along song and the film became Disney’s shining star. In the form of Halloween costumes and princess dolls, everyone was smitten by the characters of the movie. Six years later, the beloved sisters, Elsa (Menzel) and Anna (Kristen Bell) are back for the sequel, “Frozen 2,” directed by its original directors Jennifer Lee and Chris Buck. Even though it doesn’t deliver the same excitement as “Frozen,” “Frozen 2” provides plenty of opportunities to be amazed by the magic of Disney.

To say I was eager for this sequel would be an understatement. As baby Anna says in the beginning of the movie, “You know I don’t have that kind of patience.” The movie’s plot is driven by Elsa’s search for a voice that she thinks is a call from somewhere beyond, drawing her “Into the Unknown.” (Song  by Idina Menzel) This voice eventually leads the characters to an enchanted forest, the same one they’d heard about as children. The kingdom, Arendelle, is in danger and the sisters must find the voice and free Arendelle from the spirits of the past. In order to save their home, the sisters, Olaf (Josh Gad), Kristoff (Jonathan Groff) and reindeer Sven embark on an adventure.

There are plenty of instances of nostalgia in the movie. From small references to the prequel to seeing the sisters as children again, the film transports you to your favorite parts of “Frozen.” A flashback kicks off the movie, with Anna and Elsa as their young, bubbly selves again. In “Frozen 2,” the characters experience significant growth and development. Anna, Elsa, Kristoff, Olaf and Sven bond as a family. We see them all play a game of charades together, and the sisters furiously watch as Olaf, the snowman, rearranges himself to form all sorts of shapes. As Elsa interacts with others, her lifelong lack of social interaction becomes visible. She awkwardly tries to demonstrate her moves during charades while Anna desperately tries to guess what she is acting out. Despite this new transition for Elsa, it is obvious that the two sisters are trying their hardest to bond and make things right.

It is also refreshing to see a revamped character design, as the sisters don new clothing and hairstyles. Anna sports a look with her hair lightly braided across the back, while Elsa changes mid-movie to a pony-tail and eventually lets her hair loose. In most Disney movies, the look of a character usually remains unchanged throughout the film and the costume becomes the identifier of the character. “Frozen 2” flips this tradition, allowing audiences to see the characters develop both inwardly and outwardly.

In addition to the blossoming relationship between Anna and Elsa, it was especially heartwarming to see Anna and Olaf’s friendship grow. This value is carried out throughout the film as characters go to lengths to save one another and constantly emphasize how much they support and care for each other, even when times get hard.

While the film introduces many new characters in this adventure, it doesn’t linger on any of these new elements long enough for the audience to get familiar with them. The buildup of “Frozen 2” is comprised of too many plot points, which causes the resolution to seem rushed. I felt less amazed by the outcome than I had with the original “Frozen.”

“Frozen 2” doesn’t live up to the high standards set by “Frozen,” but the movie is certainly enjoyable. The songs are catchy and impactful. Kristoff’s love song is a humorous imitation of dramatic lovestruck ballads often seen in music videos.

The movie, however, fails to address Elsa’s love interest, despite rumors that she might be Disney’s first lesbian princess. While that is disappointing, as someone eagerly waiting to see Disney take this step forward, I do also understand that if Disney were to give Elsa a female love interest, a lot of the audience’s perception of the movie would become about this new addition. The important message of the “Frozen” franchise has been about how the sisters support each other. The movie is more about the inner journeys of the sisters and the plot doesn’t need to be driven by a love interest.

For all “Frozen” fans, the movie is a must-watch. Audiences will enjoy seeing the sisters embark on yet another adventure together, filled with wholesome magic and heartwarming relationships. Though it doesn’t create the same mark that “Frozen” does, “Frozen 2” provides plenty of room for squeals of delight and excitement.