From Freshmen to First-Years: Why Emory Made the Change 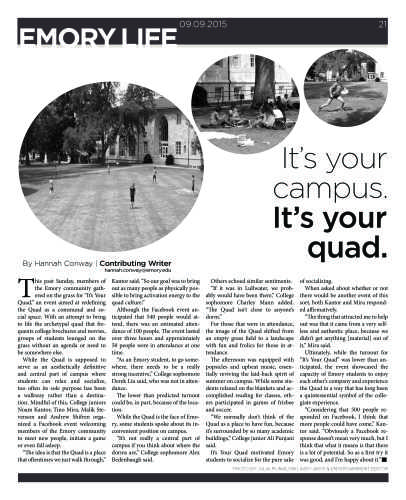 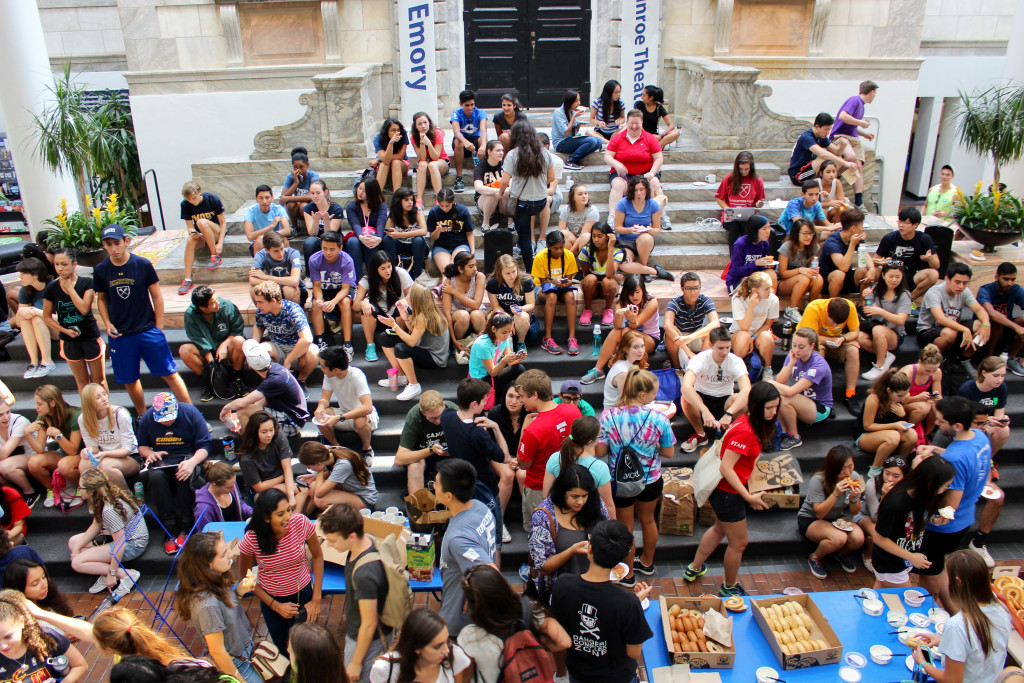 For College freshman Rachel Chon, being called a “freshman” was something she assumed was a rite of passage. Complex Hall Vice President and College freshman Elena Margarella, on the other hand, feels the term carries a negative connotation.

Despite varying opinions about its use and purpose, the term freshman is now considered outdated terminology that the Emory Office of Undergraduate Admission is replacing with the term “first-year” to describe incoming new students to the University.

One of the principal causes for the change was the inherent gender bias in the term “freshman,” according to Roche.

“The reason is to be more inclusive. The term first-year is more inclusive than the gender-biased term freshman,” Assistant Director for New Student and Transition Programs Ambra Yarbrough said.

Both Roche and Yarbrough’s opinions about the term are not universal.

In a 2012 Huffington Post article, many critics felt that the University of North Carolina’s decision to remove the word freshman from official documents in favor of “more gender inclusive language,” a move of “political correctness gone too far.”

This sentiment is echoed by Elon University student Bryan Anderson, who wrote in a 2014 article in The Pendulum: “There’s a necessity to have an inclusive community, but at some point the need to be politically correct goes too far.”

Similarly, while Margarella appreciates the thought that went into the decision to change the ubiquitous term freshman, she believes it may be overly politically correct.

“I feel if we pick apart every single word in the English language, we’re going to find biases in every word. That’s just how our language is built, it’s built on perceptions,” she said.

The second motivation for this change was to maintain consistency with the housing assignments process, which has used the phrase “first-year student” for several years, and considers it more accurate when describing a student’s actual year in residences at Emory.

Alternating the terms in official documents can result in confusing or misleading information, Roche said.

Yarbrough added that the term “first-year” fits in naturally with the rest of administrative terminology.

“We refer to the first-year experience, second-year experience, etc., so this change makes the overall experience more congruent from year to year, and is indicative of how many courses you’ve completed and tracks the student progress through the years as well,” she said.

Consistency with Other Institutions

The third and final incentive to make this change came from the desire to follow suit with the trend of using the term first-year among institutions of higher education, according to Roche.

Yarbrough said that, historically, this trend dates back to the 1990s, when first-year student began to be used in place of freshman in many higher-learning institutions.

Another early example of using the term first year instead of freshman can be found in Columbia College, where, since 1997, first-years have been taught at orientation that “they are not freshmen but rather are ‘first years,’ because the term is a better description of [their] diverse campus culture.”

The shift from freshman to first-year is not the first instance of Emory administration changing campus terminology. Previous changes include “safe space” to “safer space” and calling sexual assault “victims” sexual assault “survivors” instead.

Senior Vice President and Dean of Campus Life Ajay Nair wrote in an email to the Wheel that these changes were not due to any “administrative mandate or policy change.” Rather, they evolved naturally and gradually, as the administration is “always trying to be as respectful, succinct and appropriately accurate as possible.”

In order to incorporate the term “first-year” into campus language in the same way the other changes became a part of everyday terminology, Yarbrough said that the administration does not have any formal plans to publicize this change to the Emory community. Rather, they plan on gradually assimilating the term into everyday language.

“We use first-year students in all the terminology with orientation publications and in residence life. So that’s basically how you integrate any new language — it’s in your vocabulary, how you write, how you publish material, how you communicate,” she said.

According to Roche, formal training is given to people in positions of authority over first-years, such as Resident Advisors, Sophomore Advisors and Orientation Leaders.

Ultimately, Yarbrough feels that this change is for the better and will result in a better campus atmosphere. “This has been a movement through Emory Campus Life trying to raise awareness of how powerful words can be, and we want to do whatever we can to make everyone in the Emory community feel comfortable. Words matter,” she said.