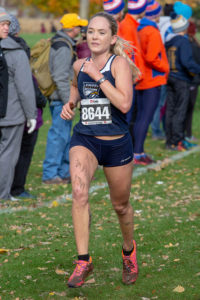 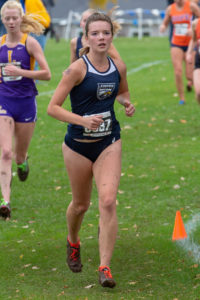 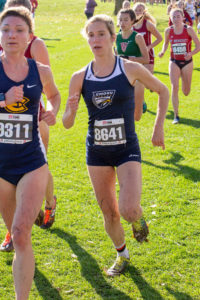 The Emory women’s and men’s cross country teams took control of the competition on Oct. 20 at the Bobcat Invitational in Milledgeville, Ga., finishing No. 5 out of 19 teams, and No. 7 out of 18 teams, respectively.

Freshman Zoe Friedman crossed the finish line first for the Eagles, clocking in a 6K time of 23:21 and placing 15th overall out of 142 runners. Senior Paige Lesslauer finished next on the Eagles’ scoreboard at 24:50, placing 42nd.

Head Coach John Curtin applauded Friedman’s speed, especially since she has suffered from injuries since her arrival in August.

“[Friedman] is just now starting to get going and could be an important runner for us down the stretch,” Curtin said of his frontrunner.

“We are backing off our workload so we can be fresh and ready for a tough UAA challenge,” Curtin said. “The UAA is without a doubt the toughest cross country conference in the country.”

The No. 31 men’s squad finished strong in Milledgeville with 196 points. University of North Carolina at Pembroke finished first with 59 points; the University of Alabama at Huntsville was the runner-up with 71 points; and Augusta University (Ga.) placed third with 80 points.

Sophomore John Cox finished first for the Eagles, clocking in an 8K time of 26:18, placing him 27th out of 162 runners. Sophomore Jonathan Rosenfeld crossed the finish line next, clocking in at 26:38 and placing 42nd overall.

“We went out hard and hung on for as long as we could,” Rosenfeld said of his team’s performance. “We really took advantage of a fast course and good competition.”

Both the men’s and women’s sides return to action on Oct. 28 at the University Athletic Association (UAA) Championships in Kenosha, Wis.

Correction (10/20/18): An earlier version of this article featured a photo that stated the runners competed in the Bobcat Invitational, when in fact, the photos were taken at the NCAA Pre-Nationals in Winneconne, Wis. on Oct. 13.