Cara Clements (22C) used to be bullied in middle school because she had scoliosis. But after winning several beauty pageants within the Miss America Organization, she has become a vocal advocate for mental health.

Clements has spoken at the Georgia State Capital and even published her own book, “The Self-Care Journal: Mindful Journaling and Inspiration for Positivity and Joy.”

Clements first became interested in promoting mental health when she began competing in the Miss America Organization, which provides scholarships for contestants who advocate for philanthropies. Clements holds the title of Miss Rome 2018 after competing in the local Georgia pageant, and has previously been crowned Miss Greater Stone Mountain 2018 and Miss Starr’s Mills’s Outstanding Teen 2017.

Before she competed in pageants, Clements regularly raised money and awareness for the Children’s Miracle Network Hospital, where she was once the beneficiary of philanthropy herself. 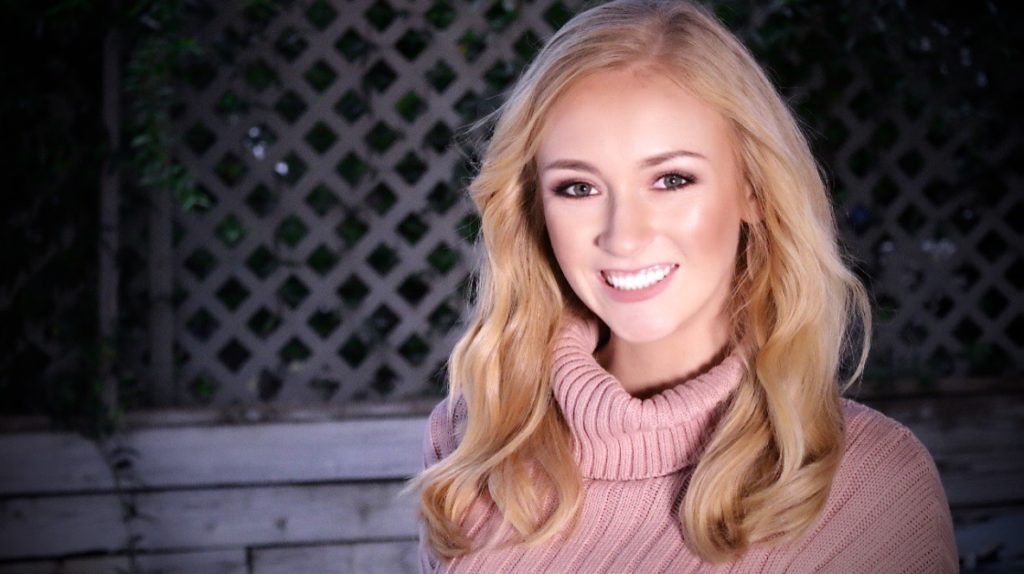 When she was 15, Clements underwent spinal fusion surgery to improve her scoliosis at Children’s Healthcare of Atlanta. Her experience overcoming the affliction inspired her to give back. Prior to competing in pageants, writing her book and getting surgery, Clements said she struggled to fit in.

“In middle school I got … bullied a lot …. because I had scoliosis, and people thought I was weird because of that, my clothes wouldn’t fit right … [and] because my back was crooked,” Clements said. “This caused a lot of self esteem issues … [that] I kept to myself for a really long time”

Struggling with her own body image and unable to find a support system in school, Clements soon noticed that the Georgia public school system lacked professionals to help students beyond the academic sphere.

“I would go to my counselor for something, and they would turn me away if it wasn’t academic,” Clements said. “They’re [guidance] counselors, but they shouldn’t be called counselors cause they’re not actually here for you [emotionally].”

Her own experience inspired her to build a platform through the Miss America Organization with Director of the Miss Rome Pageant, Andrea Pitt.

After her subsequent Miss Rome and Miss Greater Stone Mountains wins in August and June 2018, respectively, Clements spoke at the Georgia State Capitol regarding new legislation she helped pass. The bill designated a week in March 6-12 as “Children’s Mental Health Week” and is meant to increase awareness of mental health in Georgia public schools and teach kids about mental health.

Clements’ brother Cody Clements, a junior at Yale University majoring in molecular, cellular and developmental biology (MCDB) and economics, said he has seen his sister grow into the authentic person she always wanted to be after she earned success from pageants and her book.

“When she won [Miss Starr’s Mills’ Outstanding Teen 2017], they asked who her role model was and she said my name, and I may or may not have cried a little bit,” her brother said. “I asked her about it afterwards and her reasoning was, ‘You’re such an authentic, genuine person and I also want to be that.’ ”

Clements also created her own podcast, called “Be Your Own Beautiful” in 2018. The podcast led to her book.

“[I] did a few podcasts and it got a lot of views … and I had good reception and feedback … but this wasn’t tangible,” Clements said. “I had insight on something that I struggled with and I wanted to help people; I [wanted] to be a resource, so I [decided to write a book].”

“The Self-Care Journal” was published alongside Clements’ Miss Rome 2019 win in January. She began the book in June 2018, and designed every page on Adobe Photoshop. The book takes the form of a bullet journal, which allows readers to track their mood and health and also serves as a guided self-care resource for self-reflection not only meant for people struggling with mental health.

“Cara personalizes each book … [with] notes on the front cover,” her brother said. “She practices what she preaches and it has helped with her self-confidence … [and] to be more mindful and self-aware.”

After publication, Clements contacted Georgia’s Board of Education and State School Superintendent Richard Woods, whom she pushed to further funding for mental health professionals in Georgia public schools.

Clements now focuses her mental health advocacy on Emory’s campus. She even submitted a self-made documentary, meant to act as an extension of her book, to this year’s Campus Movie Fest. The festival challenges students to create a short documentary within a six-day window.

“I would like to extend [this] to a full-length documentary that is an extension on my book,” Clements said. “[It is] an informative documentary on the stigma of mental illness across colleges campuses, more specifically at Emory.”

For her film, Clements discusses her own experience and also interviews professionals at Emory Counseling and Psychological Services (CAPS) and assistant professor of Psychiatry and Behavioral Sciences Mahalia Way. Her documentary is called “Stigmas” and will premiere on March 4, at 6:30 p.m. at Harland Cinema.

Clements plans on double majoring in media studies and marketing. She co-founded the Emory Film Club and is a member of the varsity track and field team, Emory Student Ambassadors and Pi Beta Phi sorority.

As Clements continues to give back to the Georgia and Emory communities with her efforts to increase mental health awareness, she advises her peers to reach out for help when needed.

“[Don’t] be too reserved or afraid to reach out to people when you need help, whether that is academic or with your mental health,” Clements said. “Don’t feel like you have to process and figure out everything by yourself, because Emory does offer so many resources.”