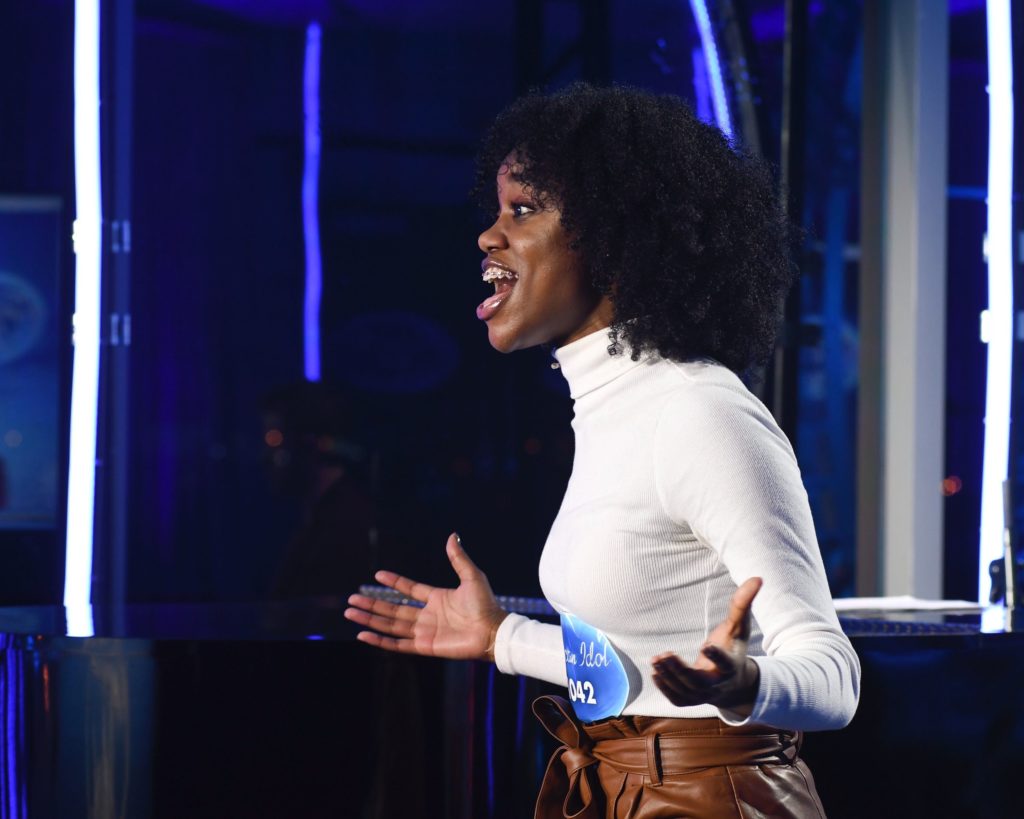 Madisyn Kenner (22C) sings for the judges’ panel on ABC’s ‘American Idol.’ She advanced past the audition to move on to Hollywood week, where she was eventually eliminated./Photo courtesy Madisyn Kenner.

When she recorded her first song at just 12 years old, Madisyn Kenner (22C) never would have guessed that her 18-year-old self would receive the coveted “American Idol” golden ticket or get the chance to work on her second EP.

Kenner took a leave from Emory in Fall 2018 to compete in ABC’s famous singing competition. A current member of Emory’s AHANA a cappella group, Kenner has surrounded herself with music both at Emory and out.

While on tour with the Hot 107.9’s Bullying Is Not Hot tour from October to December 2016, Kenner was introduced to Peter Cohen, the supervising talent producer for both “American Idol” and NBC’s “America’s Got Talent.” Impressed with her voice and original songs, Cohen asked her to audition on “America’s Got Talent.” But Kenner’s road wasn’t all smooth-sailing — after auditioning on Nov. 17, 2017, she failed to secure a spot on the show.

Cohen reached out to Kenner again on May 22, 2018, this time asking her to audition for “American Idol.” Leading up to her audition, Kenner spent long nights in the practice rooms at the Schwartz Center for Performing Arts, trying to juggle her classes with her training. Director of Vocal Studies Bradley Howard served as her vocal coach, helping to prepare her for the audition.

“We worked on her technique most of the semester,” Howard said. “She’s very responsive and sensitive to the things you say … and very capable.”

Kenner first auditioned for the executives and producers of the show in September 2018 before moving on to audition for celebrity judges Katy Perry, Luke Bryan and Lionel Richie on Oct. 23, 2018. During the strenuous audition process, Kenner performed three different songs: her original “Crazy, Crazy,” The Color Purple’s “I’m Here” and Ed Sheeran’s “Make It Rain.” As if the stress of auditioning and missing school were not enough, Kenner was also sick during her audition, causing her difficulty in reaching higher notes.

“My voice was going in and out and I had so much congestion,” Kenner said. “I was really worried that that was going to come out during the audition. Katy Perry said ‘I see that you have an alto range, could you perhaps elaborate on your upper register?’ and for me, I normally can do that … but because I was sick, it was more difficult for me to get up there.”

Despite all of this, Kenner was able to clinch a golden ticket to move on to Hollywood Week.

During Hollywood Week, her first official round of competition following her audition, Kenner performed “Mama Knows Best” by Jessie J. Although her performance did not make it to air, she still feels tremendous pride.

“It was really unfortunate that my performance didn’t air,” Kenner said. “I felt like it was one of my best performances, and I would’ve loved for the world to see [it].”

Kenner was eliminated during the group performance portion of Hollywood Week on Dec. 12, 2018. She performed with four other contestants, three of whom advanced in the competition. Kenner said the exhausting process of finding a group and agreeing on a song was particularly stressful.

“They put us up on the stage, and they said, ‘Alright, now pick your groups,’” Kenner said. “It was very difficult because people had already made alliances. … it’s very competitive.”

Upon immediately claiming “Attention” by Charlie Puth, Kenner and her group were thrown into rehearsals until the following afternoon when they had to perform for the celebrity judges. Although Kenner said she tried to move past group issues and perform at her best, she and another group member were eventually eliminated.

“The judges came down … and they each gave me and [my other partners] a hug,” Kenner said. “Katy Perry was like, ‘I love you’ … Lionel Richie grabbed my hand and he was like, ‘I’m gonna see you again.’ That was difficult for me especially knowing that I had to give a reaction to the camera following that occurrence.”

Kenner said, overall, she was grateful for the experience, which allowed her to see more aspects of the industry.

Prior to “American Idol,” Kenner released her first single, “Crazy, Crazy,” in 2013. The song focuses on her feelings of isolation growing up at a predominantly white middle school and earned her feature stories with CNN and several other news stations in January 2014 after receiving several thousand comments on YouTube. In March 2014, the story behind “Crazy, Crazy” aired on WSB-TV on the television program “Being Bullied.”

“[Students] said some things that were racially charged [that] really impacted the way that I viewed myself,” Kenner said about her time in middle school. “I had … low-self esteem because, being in a predominantly white school and being one of [very few] black girls, it was really hard to have representation.”

Kenner has performed at several organizations, including the Georgia Association of Black Women Attorneys and the Carrie Steele-Pitts Home for underprivileged children. In 2013, Kenner won McDonald’s The Gift: Youth Singing Competition, winning $20,000 in cash and prizes. She decided to invest the monetary portion into studio time and recording more music. The Gift ATL finalists were also invited to audition for a chance to sing the national anthem at Tony Gonzalez’s last Atlanta Falcons game, which Kenner won.

Kenner released her first EP, “PG-13,” on May 12, 2015, and said she hopes to release a new EP within the next few months. Kenner said that the new EP will be representative of her growth since “PG-13”, and will focus on the theme of metamorphosis.

As she continues to work on her upcoming album, Kenner says she hopes to dive back into school and get involved in the music scene at Emory. Although currently undeclared, Kenner said she plans to apply to the Goizueta Business School in addition to studying vocal performance.

“I think [“American Idol”] was a good experience for me to see … all [aspects] of the industry,” Kenner said. “Given everything going on and how much I really wanna be in school … I think it was probably for the best that I didn’t continue on.” 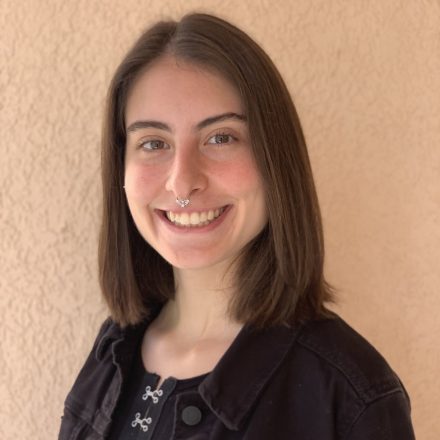 Copy Editor | [email protected] | Caroline Silva (22C) is from São Paulo, Brazil, but currently resides in Atlanta. She is double majoring in English and philosophy while also pursuing her English MA. In addition to the Wheel, she is president of her sorority, The Alpha Nu Chapter of Theta Nu Xi Multicultural Sorority, and of the Emory Multicultural Greek Council. She was previously a reporter for the Orlando Weekly and now reports for the Breaking News and Crime and Public Safety teams at The Atlanta Journal-Constitution. In her free time, she can be found writing poetry and playing video games.