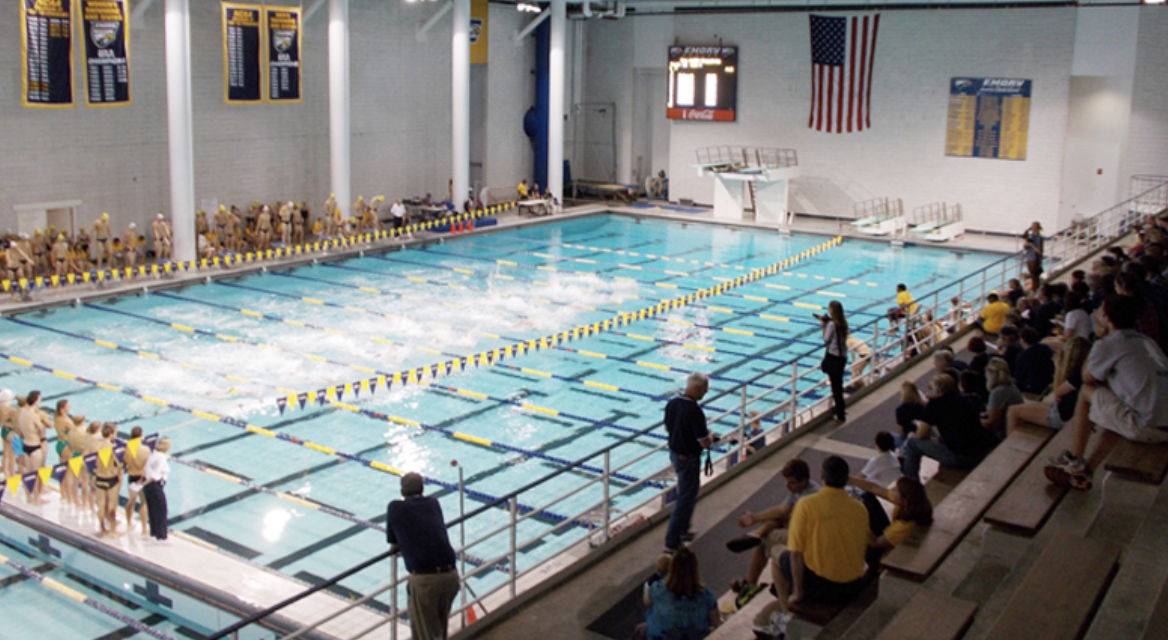 With only a handful of students allowed on campus, virtual classes and sports cancellations, this past fall was less than ideal for every Emory student.. The fall and winter sports season took a major hit, with sports games and official practices prohibited. But most current Emory athletes have been able to experience at least one season of normal athletics — except for first-years.

Bright-eyed and bushy-tailed Emory freshman student athletes have been waiting to play collegiately since high school. Grace Reyer, a freshman midfielder for the women’s soccer team, has waited years to compete as an Eagle. While she had to put that dream on hold, she kept a positive outlook.

“I was recruited actually really early, the beginning of my junior year of high school, so I was prepared to come play soccer at Emory for a long time,” Reyer said. “Obviously with COVID things got canceled and it wasn’t what I expected, but I’m still making the best of it.”

While every student athlete imagines their college life as a balancing act between practices and classes, the fall forced athletes like Reyer to alter their mindset. Freshman athletes have had to adjust their expectations of the demands they are expected to fulfill as an Emory student athlete. Women’s golf team member Rebecca Schiffman became accustomed to a completely different workout schedule than the one she was anticipating.

“I was expecting to have workouts three times a week, practicing for almost 20 hours a week, but now we do maybe once a week at most,” Schiffman said. “It’s a big difference than what I was expecting.”

While students may see this reduced schedule as an opportunity to get schoolwork done or involve themselves elsewhere on campus, the commitment of being a college athlete is something to which athletes like Schiffman have been looking forward.

“This season has been very different than what I had expected,” Schiffman said. “I was expecting to basically have a part-time job, not that I don’t love it, but now it is not even close to the time commitment I thought it was going to be.”

Teams have been scouring all possible options to keep their communities close, a demanding challenge. Even before joining the team, freshman swimmer Megan Jungers remembers how prevalent the sense of family was when she first visited. Now, this community bond is being put to the test this semester.

“As a team we can’t practice together, so there are a lot of individual workouts,” Jungers said. “As a freshman, I honestly don’t know what I’m missing, but our captains and seniors this year have done an amazing job of making sure as freshmen we feel included in team events.”

The Emory Swim and Dive Team has also strived to keep their athletes safe and healthy. Following plans set out by the swim team and its captains, Junger hopes to be back in the pool next semester.

“Our captains formed a plan we have been following very strictly, which has been a point of pride for us considering how well we have been able to adhere to it,” Jungers said. “Everyone has been so compliant because we are buying into the end goal of being able to be back together.”

The freshman experience has been anything but ordinary. Yet, in these uncertain times, and with spring sports looming around the corner, students like Junger are sticking to their teams’ guidelines and remain hopeful that sports will return in the near future

“We are still waiting on any definitive plans, but our goal as a team is to be able to train together in the WoodPEC,” Jungers said. “Obviously there would be restrictions, but hopefully we would be able to practice all together in our pool.”