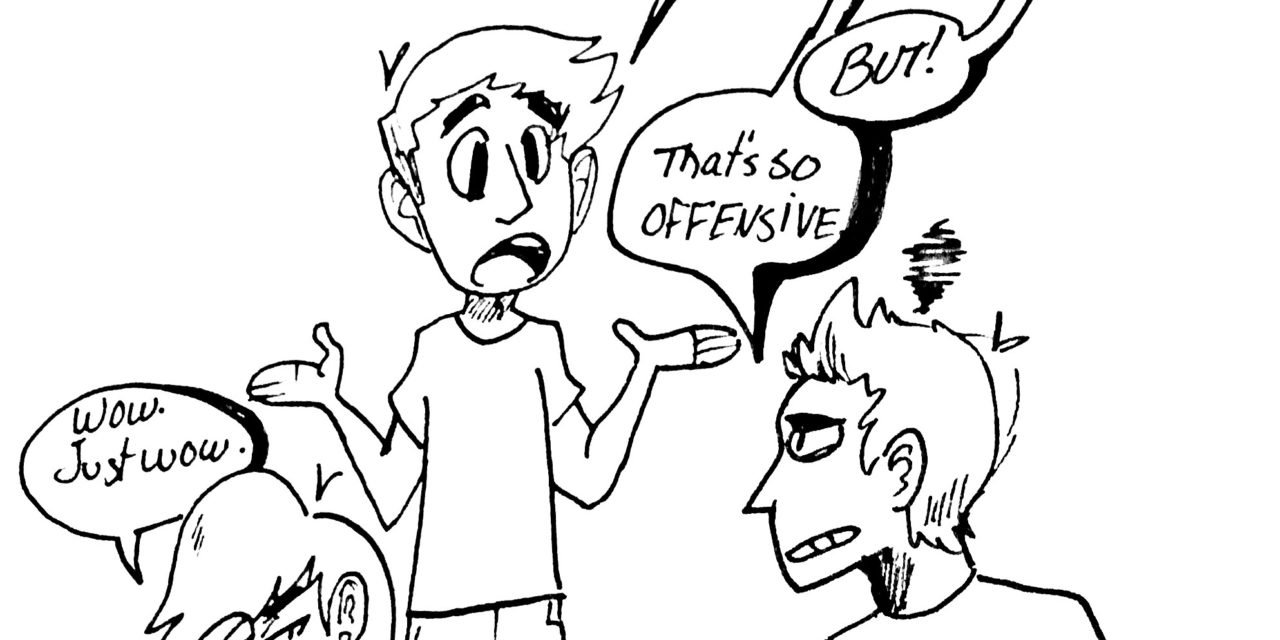 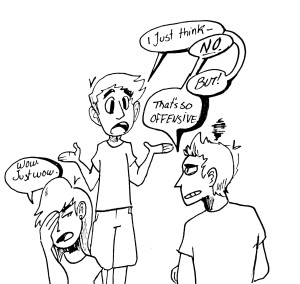 A dark cloud has fallen over American universities, and it could soon loom over Emory, if not already. The fear of offending is killing the right of free speech, and that is scary. We have a responsibility to protect our school from what is happening elsewhere in the country.

Now, before you immediately dismiss me and label me as a right-wing bigot, I am not talking about the obvious exceptions, such as blatant hate speech with clear and present danger.

I’m talking about what’s been happening in higher education lately.

I’m talking about former Secretary of State Condoleezza Rice being disinvited to speak at Rutgers University because her role in the Iraq War offended students.

I’m talking about students at Brown University preventing former NYC Police Commissioner Ray Kelly from being heard by heckling him into silence.

I’m talking about students at Rutgers demanding that F. Scott Fitzgerald’s The Great Gatsby be stamped with a trigger warning for mild violence.

I’m talking about comedians Chris Rock and Jerry Seinfeld refusing to perform on college campuses because students are “too eager not to offend anybody,” according to Rock and “too PC,” as Seinfeld says.

I’m talking about Iowa State University creating designated “free speech” zones on campus, where only there can people engage in political debate, discuss literature and truly express their opinions.

If the phenomenon of limiting free speech should be happening anywhere, the last place is at universities. College campuses were once the epitome of liberalism and the right to express oneself. Student activism has been a staple of this country’s history and culture. Some of our parents possibly championed the Free Speech Movement at the University of California, Berkeley from 1964-1965. And in 1969, the Supreme Court specified in Tinker v. Des Moines Independent Community School District that students don’t “shed their constitutional rights to freedom of speech or expression at the schoolhouse gate.” But recently, American universities have become a hotbed not for freedom of speech, but rather freedom from speech.

I recently read a fantastic book by the English journalist and free speech advocate Mick Hume entitled Trigger Warning. In it, he outlines a main problem facing free speech: “but.” Hume argues that too many people today have taken on the philosophy. “I believe in free speech, BUT you shouldn’t upset people’s feelings/BUT you shouldn’t make crude comments/BUT there are limits.” Hume explains that putting a ‘but’ dissolves support for free speech altogether. We wouldn’t say, “I believe in equality of the sexes, BUT equal pay for women is just too far.” Free speech is an all-or-nothing deal, no ‘buts.’

When dealing with ‘but,’ there are two things we need to consider: the ‘free’ in free speech and the ‘speech’ in free speech. First, ‘free’ gives the right to everyone. If we want ourselves, or our elected officials, philosophers and thinkers to have the freedom to share opinions, then Donald Trump gets that right, too. We can’t control who gets to say what; that is the whole idea of freedom. Certain people with thoughts that don’t align with your own cannot be censored. When the Charlie Hebdo massacre occurred, people were quick to change their Facebook status to “Voltaire once said, ‘I disapprove of what you say, but I will defend to the death your right to say it.” This phrase needs to be embraced at all times.

Second, ‘speech’ is just words, only letters strung along. As Hume puts it, “words can be weapons in a battle of ideas, but however sharp or pointed they might be, words can not be knives. However blunt words are, they are not baseball bats. No matter how loaded they are or how fast you fire them, words are not guns.” As mature, adult college students, we need to toughen up with the hypersensitivity and embrace the phrase taught in second grade: “sticks and stones may break my bones, but words will never hurt me.” Words, even offensive ones, are just words.

The scariest thing about the demise of free speech is the fact that it is happening on college campuses. We go to college to experience new things and receive an education. Whether it is doing laundry for the first time, taking that first-ever sip of cheap beer or becoming friends with somebody from a different part of the world, college is a time to explore in and out of the classroom. These four years are the time to learn about a subject to which we would have never been exposed otherwise. It is the time to meet someone whose political views don’t align with yours and debate them until you’re both exhausted and to have learned to respect a new perspective. College is about learning to work through difficult issues that may be daunting at first, but in the end, from which we’ve learned something.

If we limit free speech, however, we limit our horizons and, in doing so, we slide down a slippery slope where we don’t respect differences in opinions. Just because someone has a differing belief that you might find politically incorrect or offensive doesn’t mean they don’t have the right to say it. Furthermore, we can always learn something from hearing another point of view. Just as some people may disagree completely with what I say, I still have the right to my opinion, and everyone could become more informed about issues by hearing different sides. The exchange of ideas and robust debate should be encouraged in a college setting, not be found offensive.

Even President Obama has said he doesn’t agree that “students [should] be coddled and protected from different points of view.” As he put it, “anyone who comes to speak to you and you disagree with, you should have an argument with them, but you shouldn’t silence them by saying, ‘you can’t come, because I’m too sensitive to hear what you have to say.’ That’s not the way we learn.”

Fortunately in my time at Emory, the war on free speech has not taken as dramatic measures as in other universities. Yet, the movement against free speech is blanketing the country’s campuses like fog and could cloud Atlanta’s sunshine.

I commend my history professors who have taught history the way it happened; however horrific it was, they have not tried to shield us from atrocities that are deemed offensive. I commend English professors who have not decided to take classic pieces of literature that discuss topics some might not find politically correct off their syllabi.

I am proud that we invited Salman Rushdie to speak at commencement last spring. I hope all Emory faculty continue to teach the way subject matter is supposed to be taught, no matter who it may upset. And I encourage my fellow students not to shy away from the things that offend us but rather to confront them head-on. We will get more bang for our buck out of Emory if we truly broaden our horizons to embrace new ideas, opinions and perspectives instead of censoring them. Differences are what make us interesting, and diversity is something Emory prides itself on. How boring would Emory be if we all thought the same?