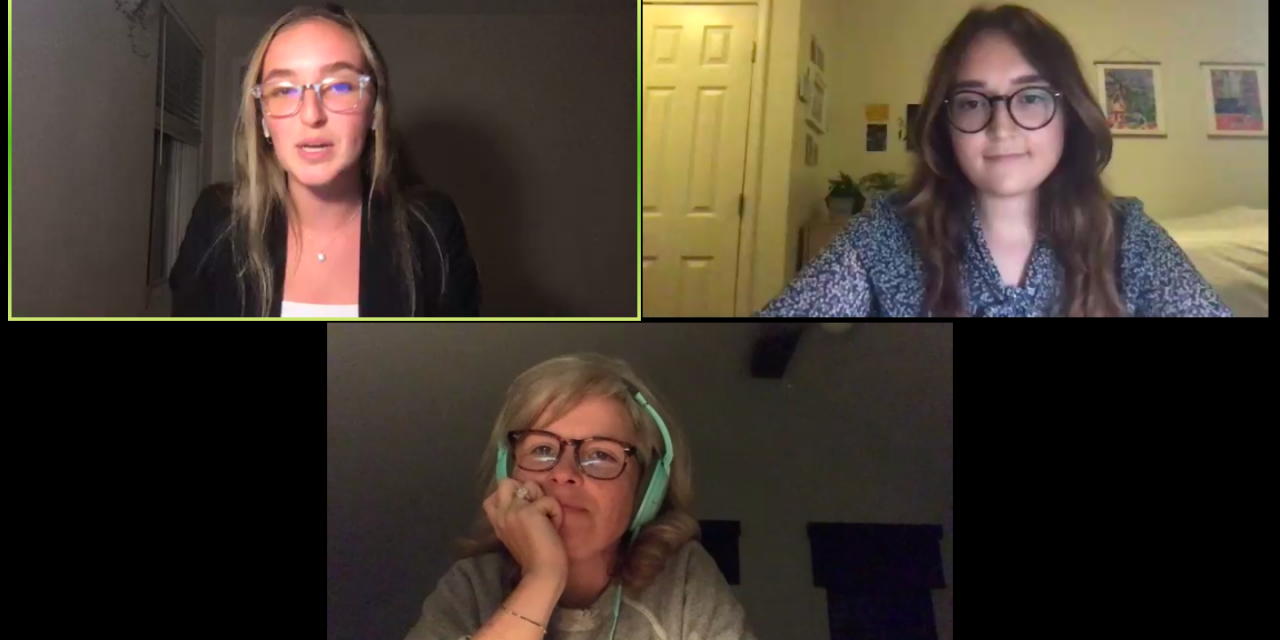 The Student Programming Committee (SPC) hosted Alyssa Mastromonaco, the former White House deputy chief of staff for operations under President Barack Obama, on Oct. 1 to discuss the current state of the country and relive her time in the White House. In total, 128 people tuned in to hear her talk.

“There is no governing happening whatsoever,” Mastromonaco said about the Trump administration. “You can’t even count Amy Coney Barrett being nominated because it is just brazenly political … I’ve never seen any administration like this ever.”

In addition to her political background, Mastromonaco is a New York Times bestselling author, a co-host of Crooked Media’s “Hysteria” podcast and a board member of Headcount.org, a non-partisan voter registration organization.

The first discussion of the night revolved around the first presidential debate. Mastromonaco is experienced in the art of political debates, having served on the campaigns of U.S. Senator Bernie Sanders (I-Vt.), former U.S. Secretary of State John Kerry and Obama.

“Donald Trump’s theory of the game was essentially to be a monster,” Mastromonaco said. “I do not know what a human could have done to stop that freight train.”

Mastromonaco first entered politics as a student at the University of Vermont, where she majored in French and minored in Japanese. The summer after her sophomore year, she applied to be an intern on Sanders’ congressional campaign in 1994.

“Bernie, to me, was a real distinction between politics and public service,” Mastromonaco said. “And what I fell in love with in 1995 was public service.”

Through her internship, she learned how to rise to the upper echelons of the campaign.

“I always tell young people that if you don’t do the shitty stuff, they’re never going to give you the actual good stuff,” Mastromonaco said. “And so I did the shitty stuff really well.”

After proving herself proficient in grunt work, she was tasked with shuttling Sanders from the airport to various events. She recalled being “very nervous” the first time she picked him up and read articles from The New York Times and The Washington Post to keep up to date on the latest political news.

“I start bragging in the car, like, ‘Well, here’s what happened, according to so-and-so in the New York Times,’ and he’s like, ‘Enough with that. What happened in Vermont?”’ Mastromonaco said. “So after that, I read the Rutland Herald and the Burlington Free Press and all the other papers.”

After graduating from the University of Wisconsin-Madison, where she transferred after her sophomore year, she worked for the World Trade Center until joining Kerry’s presidential campaign in 2000. Through this opportunity, she met future president Barack Obama, with whom she would work closely throughout his political career.

“He is someone who leads with curiosity,” Mastromonaco said. “He never assumes he knows someone’s whole story. One of the things that he always talked about was disagreeing without being disagreeable.” 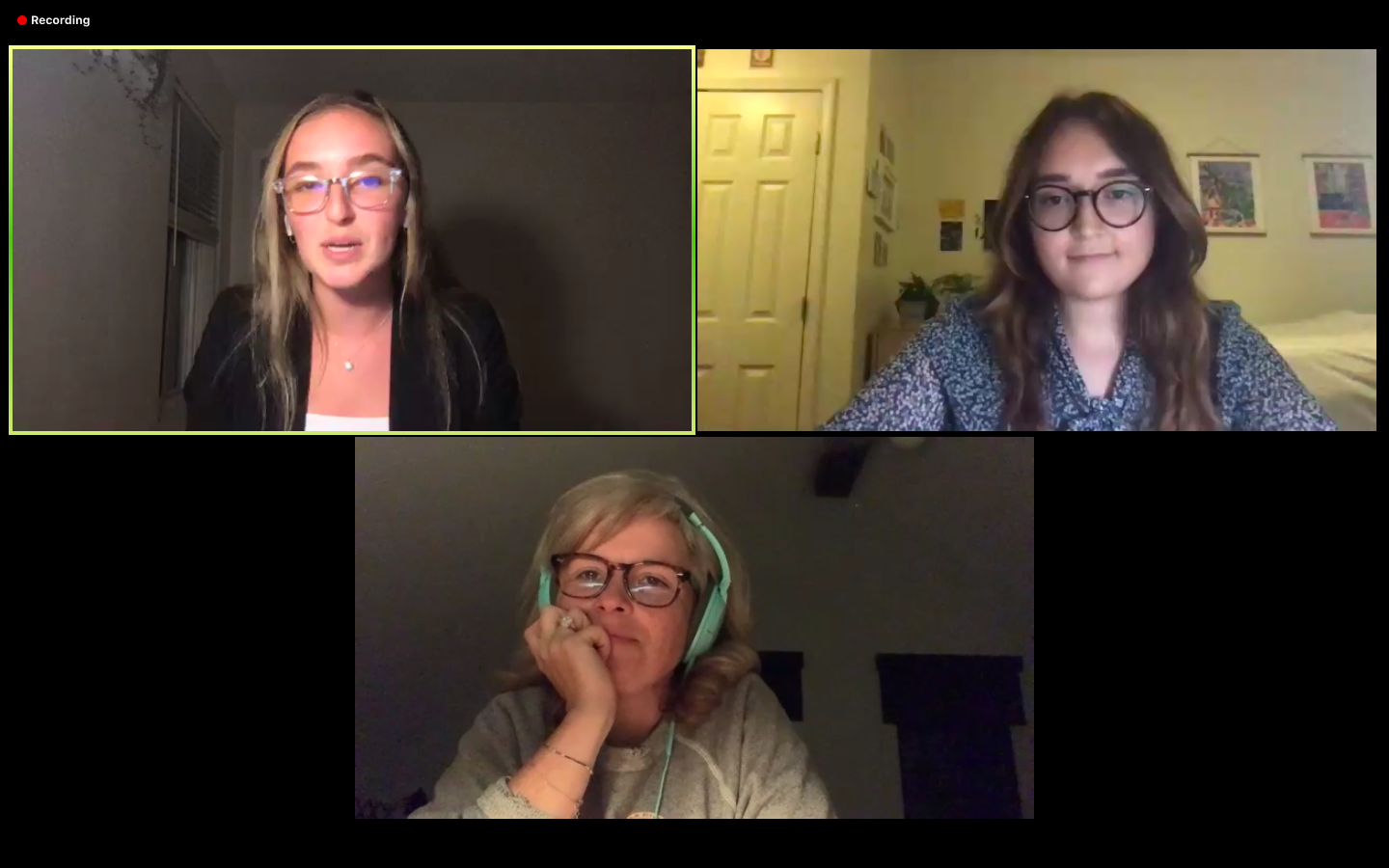 An example of this philosophy occurred when then-Sen. Obama flew to an event attended by a congressman who had previously made racist remarks about him. As the director of scheduling, Mastromonaco assured Obama that he would not have to interact with the congressman. Instead, Obama asked to be put in the car with the man upon their arrival.

“By the end of the day, that member of Congress who had said something really terrible, praised him at the press conference for coming to wherever we are and for hearing people’s stories,” Mastromonaco said. “That’s a huge distinction between him and Donald Trump. I think that Donald Trump may actually be the least curious person on the planet.”

“I think that what will happen if Amy Coney Barrett is on the court is that Roe won’t get overturned,” Mastromonaco said. “They will just chip away at it with these extreme caveats like we’ve seen over the past couple of months.”

Mastromonaco advocated for giving justices term limits, noting, it “seems like the most reasonable thing to do.”

As one of the youngest deputy chief of staffs in history, Mastromonaco said the barriers she overcame had more to do with ageism than sexism.

“I struggled more with being young because a lot of the people who reported to me were much older than me,” Mastromonaco said. “One of the things that Barack Obama used to say to me was that I should never go to a meeting in person because I was like the booming voice of Oz over the phone on conference calls, but in person, he said I was like Sally Field in The Flying Nun.”

But Mastromonaco learned to embrace her age. As deputy chief, she was the leader of the White House military office. For her first briefing, she was given a 400-page binder full of information she was required to know.

“Instead of going in and showing them what I knew, I was honest about what I didn’t know,” Mastromonaco said. “It was the most important thing I think I could have done to get their respect and their acceptance.”

One student asked if Mastromonaco’s experience in the White House was anything like its depiction in The West Wing, a political drama TV show. While she admitted the show portrayed an over-romanticized view of her job, she otherwise viewed it as a fairly accurate portrayal. In terms of the characters, she associated her own role in the White House with the show’s character Josh Lyman, the White House deputy chief of staff.

“I like to answer the question because so many people assume I was Donna Moss just because I was a woman,” Mastromonaco said. “I was like, ‘No, she was Josh’s assistant. I was Josh.’”