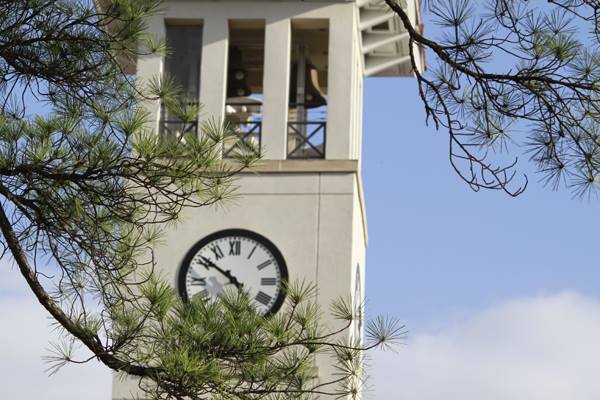 A former assistant professor in the Department of German Studies is suing Emory University, alleging that administrators engaged in discriminatory practices when denying him tenure in 2010.

The lawsuit, filed by H. Erik Butler last month, claims that the University rejected to offer him tenure on the basis of his nationality and origin and, in the process, failed to follow proper college-governance principles. Both the American Association of University Professors (AAUP) and the Equal Employment Opportunity Commission (EEOC) have criticized the University’s actions and supported Butler’s allegations in letters – obtained by the Wheel – to University administrators.

“Given the nature of my case, both [the AAUP and EEOC] could see the merits of my grievances, and both of them could see, from their perspective, that at least matters had been improperly handled by the institution,” Butler said in an interview with the Wheel.

Butler, who is currently unemployed and living in California, now seeks to recover damages including, but not limited to, lost wages and benefits, emotional distress, depression, anxiety, loss of reputation and loss of career momentum.

The University, however, has denied Butler’s claims. In a statement to the Wheel, Vice President for Communications and Marketing Ron Sauder wrote, “All actions taken by Emory University with respect to Dr. Butler, including the decision to not grant him tenure, were taken for legitimate nondiscriminatory reasons.” He added that Emory “stands by its decisions” and will “vigorously defend those decisions.”

“Emory allowed Associate Professor HÃ¶yng’s bias to become part of its negative assessment of Dr. Butler for tenure,” the lawsuit states, also claiming that “Emory failed to follow the processes and procedures for the application and award of tenure … and breached its employment contract with Dr. Butler.”

Filed on Dec. 17 in the Superior Court of DeKalb County, the lawsuit states that HÃ¶yng had voiced objections to Butler’s teaching and research since 2008, despite speaking highly of Butler’s work before then.

The tenure review process for Butler began during his second year at the University, which is standard procedure for assistant professors. In his first tenure review during the 2004-2005 academic year, then Department Chair James Melton gave Butler an overall rating of “exceptional.” HÃ¶yng also rated Butler “exceptional” in 2006-2007, though a student had filed a complaint against Butler, which the lawsuit claims was inaccurate.

According to the lawsuit, HÃ¶yng began expressing concerns in 2008 about Butler’s research focus on Germany’s “dark past” and xenophobia, or a fear of foreigners, in the country. HÃ¶yng allegedly criticized Butler for a “lack of ‘collegiality'” and described Butler’s research as “not German enough” because it focused “too much on Jewish matters.” The lawsuit specifies that HÃ¶yng is a native German and not Jewish.

HÃ¶yng declined to comment because the lawsuit is ongoing.

In Butler’s fourth-year tenure review, completed in 2008, faculty within the Department of German Studies – including HÃ¶yng – and outside the University evaluated him. Tenure-track professors are typically given more thorough reviews in their fourth year, which may include external reviews of the professor’s research.

Because HÃ¶yng served as department chair, he wrote a detailed letter explaining the committee’s assessments and a recommendation for either the renewal or non-renewal of Butler’s appointment on the committee’s behalf.

The committee’s outside reviewers approved of Butler’s performance in his fourth-year review, but HÃ¶yng – speaking only on behalf of himself – alleged that Butler had “violated the principal of collegiality, as outlined in the Principles and Procedures for Promotion and Tenure,” on multiple occasions, according to the lawsuit. The Principles and Procedures state, “The idea of ‘service’ includes displaying a collegial spirit of cooperation and avoidance of disruptive behavior.”

The lawsuit alleges that HÃ¶yng’s objections to Butler were actually motivated by “discriminatory intent” on the basis of Butler’s national origin and religion, especially given the fact that other faculty members spoke optimistically of Butler.

By the end of the evaluation, four members of the Review Committee recommended Butler for tenure, and HÃ¶yng abstained.

Fearing that HÃ¶yng’s alleged discrimination would impact his tenure application, Butler requested that Emory postpone his tenure review a year, at which time a different department chair would conduct his review. Emory denied his request.

In the 2009-2010 academic year, a German Studies Departmental Tenure Review Committee led by HÃ¶yng voted to recommend Butler for tenure by a four-to-two vote, with HÃ¶yng and another professor opposing.

The committee’s assessment was forwarded to the College’s Tenure and Promotion Committee and the College dean. Both recommended Butler for tenure, and the file went to Lewis.

When reviewing Butler’s tenure file, Lewis “became concerned about the collegiality issue” that HÃ¶yng discussed in his assessment, the lawsuit notes. In granting tenure to assistant professors, the provost is responsible for determining whether to send the file to the University president, who then decides whether to submit it to the Board of Trustees for final action.

Lewis subsequently arranged a telephone conference with the Departmental Review Committee – a step that the lawsuit cites as “highly unusual and inappropriate” and against commonly accepted college-governance principles.

According to the lawsuit, Lewis asked members of the committee: “Does Dr. Butler fit in at Emory?” This enabled HÃ¶yng and another professor to “act on their bias against Dr. Butler,” the lawsuit claims.

Ultimately, Lewis did not recommend Butler for tenure. The lawsuit alleges that Wagner then denied Butler’s tenure application “solely on Provost Lewis’ recommendation.”

“A candidate does not earn tenure unless he or she is approved at all levels,” Sauder wrote. “Emory has very high standards for achieving tenure.”

Lewis, who left his position at Emory at the end of last semester to accept the position of president of the Andrew W. Mellon Foundation, declined to comment, writing in an email to the Wheel that he is no longer a University official. He, along with Wagner and HÃ¶yng, directed all questions to Emory communications.

Sauder wrote that the University could not comment on the specifics of the case given the fact that Emory is in litigation.

Fighting for Appeal: The AAUP’s Role

Former College Dean Bobby Paul first informed Butler that he would not receive tenure in a June 6, 2010 letter. Paul wrote in the letter that Butler would be able to continue his appointment only through the 2010-2011 academic year.

Butler sought to appeal the University’s decisions, but, later that month in a letter, Lewis informed Butler that he would be unable to do so.

“That appeal procedure applies to cases in which a negative decision arises at the Department level or at the Dean’s level,” Lewis wrote in the letter. “In this case, because you were recommended for promotion and tenure at each of those levels, upon further review, the appeal procedure … does not apply to your case.”

Gregory Scholtz, the AAUP’s associate secretary and director, wrote to University President James W. Wagner in July that under AAUP-supported standards, faculty members have a right to appeal if they allege that the decision “was based significantly on considerations violative of academic freedom or of governing policies forbidding discrimination.”

The AAUP is a national organization that supports academic freedom and shared governance.

The U.S. EEOC – which is responsible for enforcing federal laws prohibiting discrimination against job applicants and employees – has also criticized the University’s actions.

Before approaching the EEOC, though, Butler filed a complaint of discrimination to Emory’s Office of Equal Opportunity Programs (EOP), which investigated the matter and found no discrimination. The lawsuit alleges the review was “inadequate.”

In a March 8, 2012 letter regarding the lawsuit, the Director of the EEOC’s Atlanta District Office Bernice Williams-Kimbrough wrote to the University that the EEOC has found “reasonable cause” to conclude that the University discriminated against Butler, especially since the “Charging Party’s lack of collegiality could not be substantiated.”

Within the letter, the EEOC invited Butler and University administrators to engage in conciliatory talks and establish a “just resolution,” though no such discussions have taken place.

Sauder wrote that the University “respectfully disagrees with the EEOC’s opinion” but did not comment further.

A trial date has not yet been set.

Read an update on the lawsuit here.